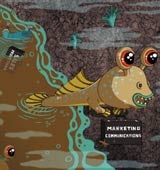 Sales promotion is a venerable discipline, and reports of its demise have been circulating for years. But, if practitioners can augment their skills with other services, there is still a place for them, says Richenda Wilson

Sales promotion is dead. Long live marketing communications. Even that Nineties favourite, “integration”, is showing signs of strain and is being elbowed into the sidelines by the nimble, ubiquitous “media neutrality”. Is this just word play, or are real changes afoot in the world of promotional marketing?

Certainly, few agencies these days want to be labelled as mere sales promotion specialists, believing that the expression is too limiting. The Sales Promotion Consultants Association has changed its name to the Marketing Communication Consultants Association (MCCA) as a reflection of the changing marketing environment and the broader spread of its members’ skills. One-to-millions marketing is deeply unfashionable at a time when targeting is growing ever more sophisticated and the available channels are multiplying.

Names out of the game

Since the agency reputations survey was conducted, several of the big names have disappeared through mergers, acquisitions and relaunches. IMP, Marketing Drive, Team LGM, Promotional Campaigns and BDP have all ceased to exist in their previous form. The names emerging to replace them, such as Ark and The Reef, imply that clients need help to steer through the murky waters of the multimedia ocean.

“I see no future for anybody who is single-discipline focused,” says Yellow Submarine managing director Kevin Stott. “That’s no longer the nature of things. Media fragmentation means we have no choice but to offer a range of media. You have to develop an idea that is appropriate for the brand, and then run it across several media. If the idea is strategically correct, this should be possible.

“There is no longer room for the sort of agency that says: ‘The answer’s advertising. Now what’s the question?’,” he adds.

Rob Gray, communications director of the MCCA and managing director of Mercier Gray, also believes the single-discipline model is breaking down, as a result of media and audience fragmentation. He says there is much less high-margin sales promotion work around.

“Agencies need to move from a discipline-specific to a mediaor discipline-neutral approach to the planning and implementation of campaigns,” claims Gray. “Furthermore, they must integrate all these media to benefit from the ‘media-multiplier’ effect. They must also be able to advise on and implement a media-neutral campaign to target these fragmented audiences, while having the staff and structure in place to do so.

Gray says many clients want a media-neutral service but that it is not always easy to find: “The old media agencies can’t do it – their definition of media is too narrow. The old ad agencies can’t do it because they are structured to make TV commercials. And now any sales promotion agency that has ever bashed out a trade press ad is calling itself integrated.”

He believes that fundamental structural change is needed within agencies. Traditional sales promotion agencies – as well as agencies in every other marketing discipline – must be willing to try new approaches if they want to continue to grow.

Black Cat managing director Stephen Callender also recognises that the industry is changing, but he believes the change is being driven more by technology than by clients’ demands. New media such as the internet and mobile telecommunications are broadening the possibilities open to marketers. Improvements in the acquisition of data and the software to analyse it are bringing about the most significant developments, he suggests, moving marketing towards one-to-one communication and away from traditional, large-scale on-pack promotions.

“Sales promotion specialists can come up with the concepts,” says Callender, “but they aren’t so good with the data. They need to learn how to collect and use the data to make communications more relevant.”

While every agency wants to claim expertise across the board, this can be a dangerous approach to take. Making ambitious promises and failing to deliver on them is a sure way to enrage clients and send them running into the arms of a rival.

One new agency has chosen a novel route to integration. Toast is an independent full-service marketing agency set up by former directors of Team LGM. It has no copywriters, no art department, no digital experts, no data analysts and no media buyers. All it has are account handlers who come up with ideas and then outsource all the relevant skills needed to execute a campaign.

Slicing up the cake

Planning director Michael Beattie says: “Integration is about getting the largest slice of the client cake. We didn’t want to have to say: ‘We can’t do that’ or to claim that we could when we couldn’t.”

When Toast needs help in a particular skills area, it buys it in. When creating a campaign for the Post Office last December, for instance, Toast came up with the idea of winning a visit from Santa, then contracted creatives to execute the idea.

Beattie explains that Toast has various partners, such as media planners and data planning experts, who can be called in when needed. This ensures a flexible, cost-efficient structure with low overheads and allows the company to offer a full range of marketing options to its clients.

He says: “Sales promotion is good at affecting behaviour and demonstrating a measured return on investment. As retail marketing has grown more sophisticated, clients have placed greater value on sales promotion.

“When every single pound comes under such great scrutiny, why shouldn’t specialist sales promotion agencies prosper if they can demonstrate that every pound spent with them will have a greater impact on profit?” asks Bourne.

He lists the skills that sales promotion agencies must master to survive: “They need an understanding of brand strategy and how their work integrates into a broader marketing plan. They need to improve the sophistication of their insight into consumers’ habits (to become as good as ad agency planning departments). They need to become more scientific and more resourceful.”

The only question that remains, asserts Bourne, is whether clients will give standalone agencies permission to do all this. He suggests that agencies need to push themselves and their credentials, so they get invited to participate in the bigger conversation. If they can manage to do this, the future need be nothing but bright.