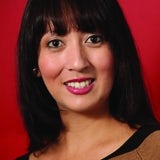 2012 consumer trend predictions have been coming at us thick and fast, so I have taken my pick from a range of sources of what I think will have a big impact. Feel free to add your own in the comments space.

Trendwatching.com has looked to emerging markets for its inspiration:

Meanwhile, London’s Evening Standard newspaper also noted “social eatworking” in its 2012 trends feature this week. It described the recently launched Foodie.fm as “Facebook for food where users can post shopping ideas, photos or recipes and recommendations to others”. Also, delivery service Hubbub.co.uk is launching a forum for customers to see inside the grocery bags of others.

Other coming trends, based largely on London living, include:

The Futures Company has gone for more high tech trends, such as mood management and recognition becoming part of the retail and restaurant environment. “Perhaps your car slows when you’re mad or a soothing aroma blankets the mall when too many shoppers are frowning,” they say. “Restaurants will get people accustomed to the idea of mood management with neuro-gastronomy — foods that enable patrons to eat themselves happy.”

The Futures Company also talks about small scale energy generating mechanisms, such as bicycles that are able to charge mobile phones through pedal power – like this one.

Lastly, the Future Foundation proclaims “the end of inefficiency” to herald more automated services. The firm’s research shows that 80% of British consumers would be interested in a service which automatically switched their energy supplier in pursuit of lower tariffs. Other related movements include cars which can drive on motorways or park with little input from the driver.

I look forward to seeing how these trends play out over the next year. On that note, this is our last market research newsletter until 4 January, so I wish you all the best over the Christmas and New Year period. You could even take the time off to consider your entry for next year’s Marketing Week Engage Awards. 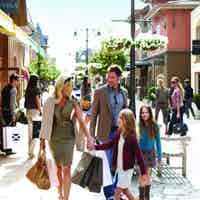 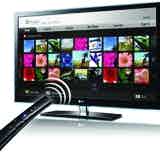 It is the end of what has been a remarkable year for the digital and mobile sectors. But rather than dwell on moments like RIM’s fall from grace, HP dumping its hardware division (and then, um, deciding not to), the death of marketing “iconoclast” Steve Jobs and Facebook’s quest for world domination, Marketing Week is […]

Most websites have yet to show any intention of complying with the EU’s new online privacy law, the so-called “cookie directive”. With six months to go until regulators start handing out punishments, it is time to make a new year’s resolution to show what you are doing. Since May 2011, websites have been required by […]

Ted Baker’s new chief customer officer was previously a non-exec director at the business and will be charged with developing its customer and digital strategy.