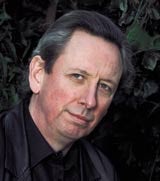 It’s not very honourable to take a swipe at Lord Hanson so soon after his death last week. But, with all the talk of the end of an era and accompanying eulogies about his business brilliance, it’s worth asking what the nature of Hanson’s legacy really is.

He was undoubtedly a colourful character and brightened an otherwise drab industrial scene. Only the most obtuse could deny that he was hugely successful – not just creating huge wealth for himself but also for his shareholders. Yet we should also be asking whether what Hanson and his corporate-raiding partner, Lord White, were doing in the Eighties was really that sophisticated and whether one of their main effects was to establish an unhealthy obsession in British industry with the Stock Exchange.

Corporate raiders sound tremendously glamorous. Asset strippers sound rather less so. Hanson and White were not as ruthless and venal as some who fell into the latter category, but the business of corporate raiding owes as much to the stripping of assets as it does to the running of businesses themselves.

Hanson would typically recoup a portion of his purchase costs by selling acquired assets. The core assets that he was after would then be made to sweat through a concentrated programme of cost-cutting. Note that there is no mention of marketing here – the wealth-creation of the Hanson model never depended much on supplying the market with what it wanted.

Take Hanson’s 1981 acquisition of battery-maker Berec, which became British Ever Ready under Hanson. Berec was flat on its back when Hanson arrived. It was a classic undervalued situation for the corporate raider’s treatment. The core business was taken into crucial new markets and is now known as the Energizer brand. But the main strategy was one of ruthless cost-cutting, redundancies and the sale of subsidiaries by way of funding the original acquisition. This whole process created a great deal of shareholder value – not least for Hanson himself.

It also created the break-up as a central principle of British industrial policy. For a decade or more, no self-respecting captain of industry did anything other than “unbundle” the asset value of conglomerates.

Living for the quick turn means that you are likely to die by it too. Hanson itself inevitably became a candidate for break-up by the mid-Nineties as it became clear that it was little more than a collection of the kind of undervalued assets that it used to search for. Corporate raider, break-up thyself. So it was that the empire that had embraced tobacco, mining, building materials, chemicals and energy utilities demerged into shadows of its former self. A group that had declined in value from some £15bn to about £8bn has subsequently rewarded shareholders well in its demerged constituent parts.

But a cycle of building conglomerates followed by demerger and gradual “re-conglomerisation” doesn’t inspire one with a feeling of developmental management or the intelligent development of markets.

For me, the Hanson magic evaporated in the late-Eighties when I was at the Observer and a colleague came upon a memo that the great man had penned to his PR man, Tim Bell, when Hanson was taking a tilt at ICI (it has to be said that Hanson would have made a better job of unbundling ICI than it subsequently did itself). The memo was a tirade about how Bell was failing to sell Hanson to his contacts and how the PR game was being lost to stories about Lord White’s horse-racing indulgences. This was evidence of the triumph of style over substance and marked the end of the supposed Midas touch of Hanson.

But that’s not to say that the Hanson way of doing things hasn’t left a lasting mark on British industry – and it is not a wholly helpful legacy. Large, FTSE-listed corporations have a tendency to spend at least as much time looking over their shoulders at the corporate raiders of the Stock Exchange as they do on running their businesses.

The economist John Kay has just published a paper through the Stockholm Network (a sort of think-tank of think-tanks) entitled “The business of business is business”, in which he argues that stock market investment is just another form of gambling, like horse-racing: “But what the horses should do – our corporations in the analogy – is to get on with running the race as fast as they can and be much less distracted than they have been over the last couple of decades by the punters at the side of the track.”

How apposite that a horse-racing analogy should, in the end, fit Hanson so perfectly – a man who did more than most for the hegemony of the punter by the race-track of British business.