Speaking at the recent Festival of Marketing event, Paul Brown, director of marketing and communications at charity the Prince’s Trust, said that when he is talking with other people in the organisation about his department’s projects he sometimes, “literally takes the awards we’ve won and puts them on the table”.

One of the awards Brown presents is the 2014 Design Week Awards Best of Show trophy. The charity won the award for its Tomorrow Project, developed with CHI & Partners.

The project sees youngsters team up with designers such as Zandra Rhodes and Wayne Hemingway to create their own range of products. They are then given the keys to the Central London ‘Tomorrow Store’, a retail space in the same building as the Prince’s Trust headquarters, which they can take over and use to sell their range.

CHI & Partners worked on all aspects of the project, from branding and campaigns to retail designs, but the project’s success is in large part due to the partnership between client and agency. The Design Week Awards judges said it won the Best of Show award because it is “a collaborative project that touches on many disciplines”.

While Brown uses the awards he’s won to make a point internally, the external value of award-winning work for an organisation like the Prince’s Trust is clear. The organisation aims to support 55,000 young people this year so needs to raise £1m a week. A significant amount of this comes from corporate sponsorship, and the Tomorrow Project – which received media coverage from the BBC and the Evening Standard – goes a long way towards raising the Prince’s Trust’s profile and making fundraising a little easier.

While winning design awards can make a project more effective, it has to be effective to win in the first place. While many design awards are judged on quality of design, every jury I have sat on has taken into account the context of the project and looked at whether it is doing its job properly.

AKQA’s Ugokidase Tokyo project for Nike Japan, which won Best of Show in the 2013 Design Week Awards, is a case in point. The project wowed the judges with its innovative and inventive use of interactives. The judges described it as “a brave, forward-thinking project that pushes boundaries and touches on almost every aspect of design”.

But it wasn’t just the creativeness of the designs that impressed the judges. The effectiveness of the work – backed up by some compelling figures – helped to tip the balance in favour of the project.

AKQA was tasked to promote Nike+ Fuelband and other Nike products to Japanese consumers ahead of launch. The consultancy created a temporary ‘arcade’ opposite Tokyo’s Harajuku station, featuring a series of games powered by Nike+.

Thousands of players came to Ugokidase during its two-week run, playing for an average of 18 minutes on-site, while the global competition helped bring a record 4.2 million users to the Nike+ community in just a fortnight.

This effectiveness can also be seen in the 2012 Design Week Awards best of show winner, albeit in a different context.

The winning project in 2012 was the rebrand of haulage company White Logistics and Storage by consultancy the Allotment. It is safe to say that haulage is not perceived as a terribly glamorous sector, but the White Logistics rebrand was hailed by the judges as “a brave and innovative branding solution, brilliantly thought through and elegantly executed”.

The rebrand was commissioned through the Design Council’s Designing Demand programme, which sends experts into businesses around the country to help them use design to improve performance. In the six months after it implemented the rebrand, White Logistics saw revenue increase by £500,000.

So how can clients commission award-winning creative work? As we’ve seen from the examples above, it is important to have a constructive relationship with your designer. The White Logistics rebrand was supported by a Design Council programme, while both AKQA and CHI & Partners had long and productive relationships with their clients Nike and the Prince’s Trust before winning the awards.

Also speaking at the Festival of Marketing, CHI & Partners head of design Louise Sloper spoke about how her team interrogated every detail of the Prince’s Trust project to ensure that whatever aspect of it judges might look at, it would stand up to scrutiny.

Sloper also talked about how important it was to have an open and collaborative relationship with the client, so that even when the Prince’s Trust had to say no to ideas (due to budget constraints, for example), they were able to work together to find a new solution.

The purpose of the Design Week Creative Survey is to highlight stories, projects and relationships like this. The Creative Survey itself is a celebration of award-winning design studios, but the reason these studios are able to create such beautiful and effective work is usually because they are working with an intelligent and enlightened client.

As we’ve seen, the benefits to these clients of winning design awards are a raised profile, better internal advocacy and the satisfaction of knowing that the project you have commissioned has been a success. 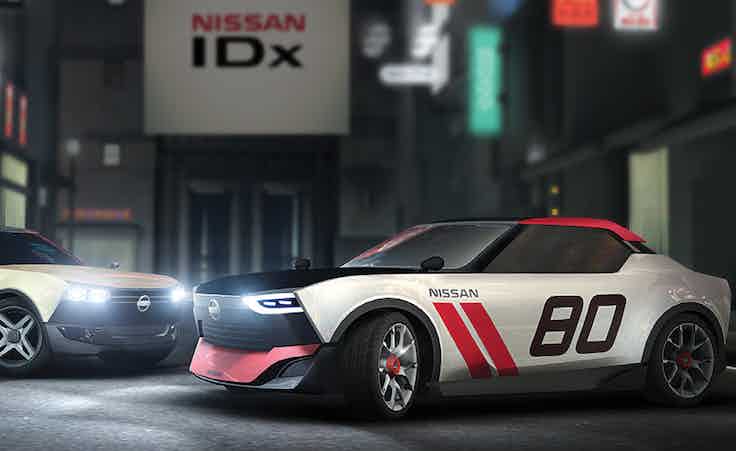 The top six consultancies in this year’s Creative Survey, compiled by Marketing Week’s sister brand Design Week, have clients ranging from Levi’s to a self-employed proofreader. We take a closer look at how the winners handled such a diverse spectrum of briefs.

Marketers tell us why good design is so important to a successful campaign and a selection of design award judges reveal what makes a winning entry.