A renewed focus on ad innovation

While as recently as two weeks Costolo was claiming his job was safe, Forrester Research analyst Nate Elliott says the news “isn’t surprising”.

“The bottom line is that Twitter isn’t very good right now at serving either its users or its marketers,” he adds.

Twitter investor Chris Sacca wrote an open last month highlighting where he thinks the company has gone wrong, in particular highlighting that “direct response advertising has fallen short of hopes”.

The problem, suggests Elliott, is that while Twitter was the first social network to insert brand messages into its social feed with its ‘promoted tweets’ it has since failed to innovate and has lost touch with marketers. 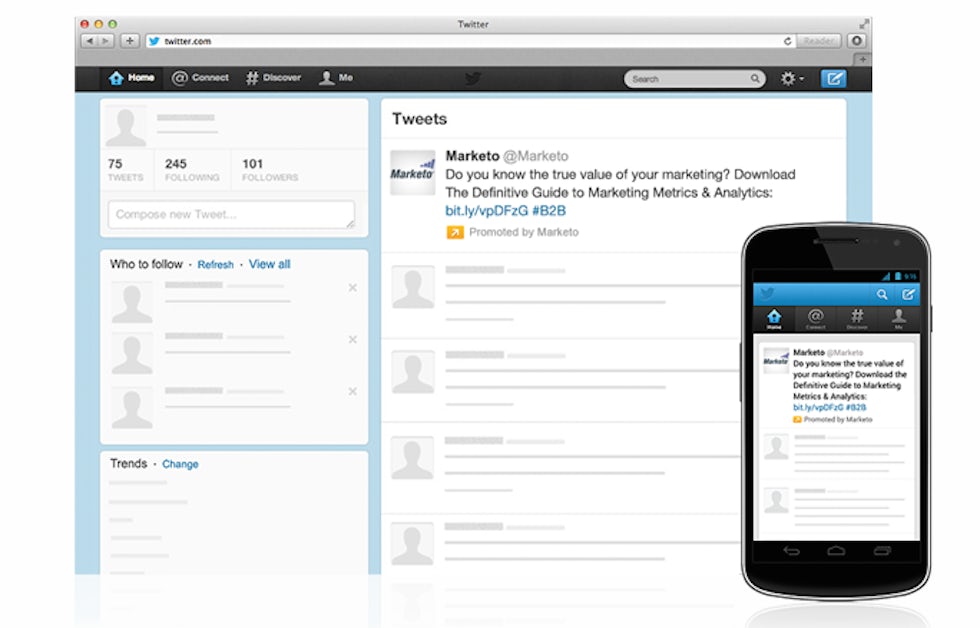 “Today, not only are marketers much more likely to buy ads on Facebook than on Twitter, but they tell us their money is significantly better spent on Facebook as well,” he explains.

The new CEO will need to come up with new and innovative ways to target consumers with advertising and do a better job of explaining the benefits of Twitter to marketers.

One of the reasons marketers have been less keen to spend their budgets on Twitter is its slowing user growth. It has 300 million active monthly users but that is dwarfed by rivals including Facebook, Instagram and Pinterest.

Emarketer estimates that Twitter’s audience will growth by 14.1% this year, compared to around 30% in 2013.

Many of those monthly active users aren’t that engaged either. Estimates suggest that 40% of people that use Twitter have never actually sent a tweet.

CEO Dick Costolo spent the company’s last earnings call in April trying to explain how the social network is working to attract more users. That includes work to introduce ‘instant timelines’ and ‘highlights’ and ‘recap’ features that let people catch up with what happened on Twitter while they were away.

However, more still needs to be done. While other sites have been introducing new features and functionality, Twitter still has the same look and feel as it did 18 months ago and is falling behind other sites.

“Twitter has never been great at giving its users reasons to come back. The results has been excruciatingly slow user growth. The company’s data on timeline views per user made for such ugly reading that the company simply stopped reporting the number.

For Twitter to become a more attractive place for marketers to spend their ad budgets it will need to attract more users and keep them engaged on the site for much longer.

Currently Twitter’s CFO Anthony Noto is in charge of Twitter. Given that Twitter’s main issue is that it is unable to explain the service in a way that convinces people to sign up that is an interesting choice.

Noto has admitted that Twitter nears a clear brand proposition in order to close the gap between global brand awareness, which stands at 90%, and usage which sits at less than 30% penetration of the social and digital mobile market.

Elliot estimates that around three-quarters of the people who’ve ever signed up for Twitter have since stopped using it. Sacca suggests that equals a billion people.

“A more logical approach would be for a joint C-level role focused on the customer which could tie marketing and sales functions together. It is a rare CFO who has his or her finger on the customer pulse and this will certainly be the challenge in Twitter’s case,” he adds.

Costolo and interim CEO Jack Dorsey have set up a taskforce to look for a new boss and will consider both external and internal candidates. That person must be able to explain Twitter to both a mainstream audience and marketers and find a brand proposition that explains how Twitter is different to other social networks and why both sets of people should be using it.

The call for marketers to be more numerate, more attuned to business objectives and to speak of marketing in terms of outcomes and not just the creative process has been getting louder in recent years. In short, to speak in a language the finance director understands.

After putting its CFO, Anthony Noto, in charge of marketing, Twitter has admitted it needs to establish a ‘clear brand proposition’ as it looks to ‘close the gap’ between brand awareness and usage.

Twitter is stepping up the development of new timeline experiences as it looks to gain new users and accelerate the growth of its lapsed user base, as user growth continues to slow quarterly.