Engaging on social media can have real results

Corbyn is a relative veteran on social media. He opened a Twitter account back in 2010 way before his leadership rivals Andy Burnham, Yvette Cooper and Liz Kendall started using the site and has far more users on both Twitter and Facebook than any of them.

There are also a number of parody accounts, including @corbynjokes and at one point the #JezWeCan hashtag was being shared once every 25 seconds.

According to statistics from Twitter, @jeremycorbyn had more than 10 times as many mentions at 150,000 as nearest rival @andyburnhammp. Twitter says mentions of candidates’ Twitter handles gives the best indication of mobilisation of their audiences.

What Corbyn did so well was translate social media momentum into a real world win. The parody accounts and hashtags all helped to create a feeling of community around the leader and a shared movement towards him winning.

Jacques de Cock of the London School of Marketing says: “Like virtually all unexpected winners since Barack Obama, the viral nature of social media has proved to spread a positive message well. This may not have been a professionally calculated activity, but rather an organic phenomenon.

“It’s a tool which mustn’t be dismissed by the parties, and one the Labour party has already identified as vital to their ongoing campaigns.”

For challenger brands social media is a great space to go up against the established players and set out their personality and what makes them different. For more established brands, social media must be used to have a conversation with customers not just talk at them.

Be truthful, even if it means being controversial

Corbyn also stood out on social media because he was seen to be speaking the truth. At a time when many see politicians as having lost touch with the electorate he was seen as a breath of fresh air.

De Cock comments: “Over recent years politics has become professional and lost ‘touch’ with the electorate. Politicians talk about objectives, branding, they are trained in the art of elections and electioneering and ‘creating a better society’ isn’t something they’ll do, it’s just a handy slogan.

“Unsurprisingly, people are distrusting, bored and fed up of being managed and marketed to by those in power – and that’s why Jeremy Corbyn’s victory was such a landslide.”

The media was quick to dismiss Corbyn as unelectable and the Conservatives are already running a campaign, “Fear, Uncertainty and Doubt”, that attempts to use his statements against him (see video below).

However what Corbyn shows is that speaking honestly, even if people disagree, can boost trust.

Corbyn’s success in the leadership contest is likely to lead to a more socially engaged Labour party. Corbyn has already used Twitter to ask his followers what he should ask at the first Prime Minister’s Question Time on Wednesday (16 September).

Digital is also front on mind in terms of how Labour communicates more generally with its members and followers.

Tom Watson, who was voted in as Deputy Leader, served as minister for digital engagement under Gordon Brown and used his speech to outline how Labour would change its marketing. He used the example of the recent failure at the General Election earlier this year to highlight how a greater focus on digital is needed.

“We have to think again about what we offer and how we communicate it. We are putting members and councillors at the centre of everything we do and will lead a revolution in our digital campaigning and organisation,” he said.

All lessons brands can learn from. Watson highlights that where Labour has failed is by not putting the most important people – its members – at the centre of its brand.

Other brands that fail to do the same will see the same issues.

Watson also tried to position Labour as the party for the worker and for business.

“People who think that it’s a contradiction to be pro business and pro worker don’t understand either,” he said.

However the appointment of John McDonnell as shadow chancellor rings alarm bells. He is a fierce critic of big business and the media and has called for the nationalisation of the banks.

There are also concerns over Labour’s stance on the European Union, with former Shadow business secretary Chuka Umunna quitting yesterday (13 September) over Corbyn’s refusal to state that he would campaign for the UK to stay in the EU in the upcoming referendum. 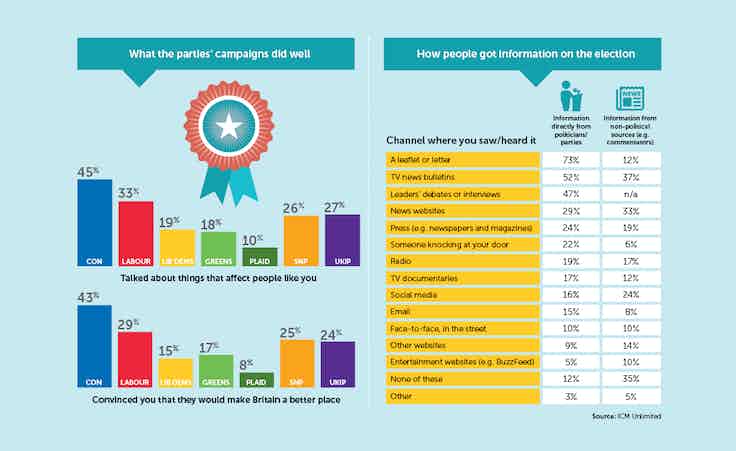 With the Conservatives’ campaign ahead on every measure, the vast majority claim an ‘uneventful’ election run-up provided no compelling reasons to change their vote, though young people’s propensity to be swayed could be decisive in future polls. 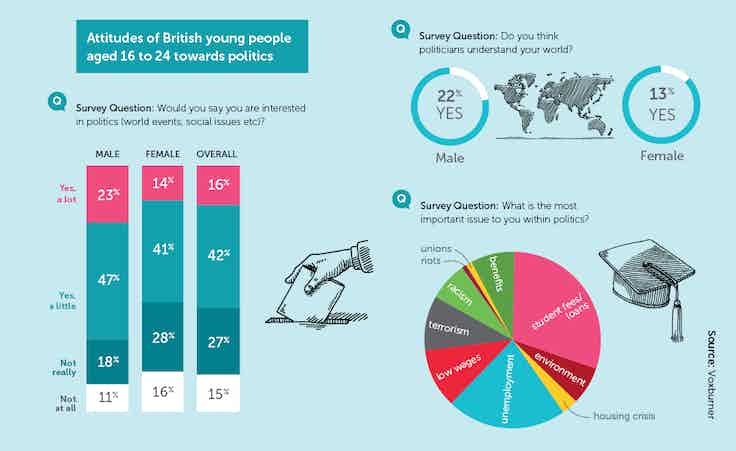 With less than two months until the General Election, a huge majority of young Britons still feel disengaged from politics and neglected by the parties’ communications. According to new research from youth marketing agency Voxburner, UK politicians have failed to learn the marketing lessons of Barack Obama’s election victories in the US.