The answer, unhelpfully, is watch this space. If the last seven days has taught us anything it is to expect the unexpected.

In some cases, the Conservative and Liberal Democratic manifestos have been sidestepped in favour of both parties’ desire for a deal (and power).

However, working on the premise that those areas of policy pertinent to direct marketers were not among the hot button topics horse traded in order to seal the deal, previous party proclamations are not a bad guide to future policy.

The Tories, as the majority partner in Con-Lab love-in, are the best barometer but there are a number of policy areas where the two parties are in agreement.

The two parties have both vowed to cut Government marketing spend, which will have Central Office of Information roster agencies and shops retained by departments on alert. This aside, marketers will need to ensure that they do not fall foul of potentially stricter data privacy rules.

On the environment, there are gaps to be bridged with the Tories preferring a collaborative approach – a voluntary arrangement among producers, including direct mailers, to cut back on the production of waste and improve disposal – while the Liberal Democrats would on their own have possibly opted for a more prescriptive approach.

On the Royal Mail, it was said that the Conservatives would opt for complete privatisation, while the Liberal Democrats wanted part privatisation by selling all but the Post Office.

It is far too early in this unique parliament to know for certain what it is store for us all. The past week has seen policy u-turns and positions reversed in the interests of “strong and stable” Government.

To (miss) quote former US defence secretary Donald Rumsfeld “There are known knowns. There are known unknowns.” What we do, err, know is that there will be changes. Be prepared. 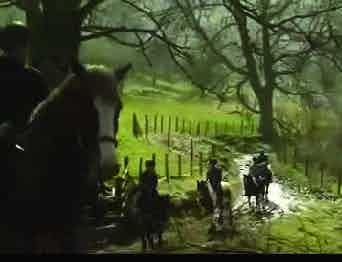 Visit Wales is launching a new campaign under the banner “Proper Holidays” featuring a real family.