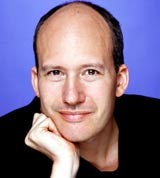 Britain’s cinema industry is luring big names from the world of media as ticket sales soar and the prospect of a digital revolution promises to cut costs and deliver rapidly increasing profits.

Cinema admissions in the UK have leapt by a third over the past decade and in 2002 hit their highest level in 30 years at 175 million. While admissions declined five per cent last year, cinema is still exerting a strong pull on investors. Cinven bought Odeon from Rank in 2002 for &£280m, merged it with its ABC chain acquired from Virgin in 1996 and sold the business to a consortium headed by German bank West LB a year later for a remarkable &£430m.

But some wonder whether cinema can offer the growth these investors crave as admissions could falter and questions are raised about how soon the much-vaunted digital revolution will replace the old-fashioned projector and reels of film – and how much it will cost.

Some believe West LB paid over the odds for Odeon, getting caught up in a speculative bubble that is ballooning over the cinema industry. In March, West LB gave an option to two other Odeon shareholders – property developer Robert Tchenguiz and independent film distributor Entertainment Cinemas – to buy out its 43 per cent stake.

Bringing in Schoonmaker may be a way for the chain to improve its prospects, as he has a reputation for inspirational and creative thinking. One source says that most cinema chiefs are invisible and low profile, but Schoonmaker has a high profile, and is more than just a technology expert. His

appointment should bring some stability to Odeon’s management – he is the chain’s third boss in eight months. Chief executive of seven years Richard Segal left last October to be replaced by Ian Pluthero, who left in March.

Schoonmaker’s departure from EMAP, where he had worked for 20 years, surprised many observers and it is thought he wanted to work in a business where he had greater control. He says he has spent the past few months in discussions with private equity companies, but denies speculation that he was putting together a bid for EMAP.

EMAP Advertising broadcast sales director Tim Bleakley says of Schoonmaker: “He is a uniquely creative operator who has a fantastic mind that works in a creative way. I am sure he will be brilliant in any business that has creativity at its heart.”

But some might question how much creativity is required from a cinema manager, as admissions are largely dependent on the quality and hype surrounding blockbuster releases. Schoonmaker is determined to prove that there is more to attracting audiences to the Odeon’s 96 picture palaces with their 604 screens than simply showing popular films.

“That’s like saying people only listen to the radio if there is a good new record out,” he says. “Cinemas create an environment and there is plenty we can do to make it a more rewarding experience. We have to ask, what does it feel like to walk in through the front door, how quickly can I get the food that I want, what offers do we have, what choice of films are there and what sorts of seats?”

New York-born Schoonmaker sees a trip to the cinema as part of a broader leisure experience, rather than just being dependent on Hollywood releases. 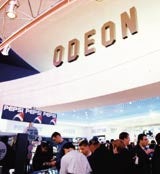 “I may be in a large retail development with a leisure centre, looking for things to do to make a cinema trip part of that. Cinema is about talking to other retailers and talking to local media. I have been employed to take a great brand and help it grow.”

Schoonmaker accepts that his new job is a radical departure from what he has done before, but thinks his experience of pushing for the introduction of the digital platform in radio will prove valuable as cinemas start to make use of digital technology.

“Cinema is going to have its own digital revolution and films and advertising will be distributed that way. The creativity you can put into scheduling will be ten times greater for films and advertising. If it is through a server tied up to a broadband link into 600 screens, you can decide where your slots are going to be at the flick of a switch,” he says.

This will lead to much more flexibility in the films shown and allow ads to be targeted to films more quickly than at present.

But one managing director of a cinema chain says that digital is still several years away and the industry has not yet agreed a plan. “It’ll be five years before everyone is really gung-ho,” he says. It is also thought that the initial costs of linking the whole industry up to a common digital platform will be very expensive.

The question is whether the new investors in chains such as Odeon will be prepared to stump up the cash to bring about the revolution, especially with fluctuations in cinema admissions. Digital is still in its infancy, but there are moves afoot to extend it, and the UK Film Council is investing &£13m in a new digital screen network.

With increasing competition from in-home entertainment options such as broadband film delivery, online DVD rental and hundreds of digital television channels, cinema is under pressure to provide an alternative to a quiet night in.

In response to this competition, Schoonmaker says: “Cinema is the most powerful media experience most people have; they are places you go that make you feel things, you walk out of a film with a sense of community.” He will be looking to build on that and says he will try to find ways to extend the Odeon brand.

Much will depend on the investment funds made available by Odeon’s investors for Schoonmaker to bring his vision of digital cinema to fruition. But given his record at EMAP – where he built up the radio and television division from scratch during the Nineties – if the funds are there he will have a fighting chance.

The Commons Health Select Committee report, to be published on May 27, will call for tougher regulations on advertising high-fat and -sugar drinks, such as a ban on using celebrities to promote such products…

NestlÃ© Purina Petcare is investing Â£5m in the pan-European launch of a new petcare brand called One. The product is for both cats and dogs and will be offered as a product that can gives them everything they need to be healthy in one meal.

Male grooming company King of Shaves is to launch a range of magnetic shaving gels as part of its challenge to market leader Gillette in the shaving preparations market. The company plans to launch the first product in the “Magna-gel” range of shaving products in September, with more slated for release later in the year. […]