At a long-rumoured event in San Francisco this week, Apple launched two new smartphone models, the iPhone 6S and 6S Plus, alongside new iPad Pro and Apple TV devices.

Aside from the hype, the questions for marketers are what effect a new iPhone will have on consumers’ preferred mobile phone choice, and therefore whether it changes which mobile operating system brands should concentrate their activities on. Screen size and integration with the internet of things are also determining factors in the marketing consumers will engage with on mobiles.

The latest statistics from Gartner show that Apple is eating into Samsung’s slice of the smartphone market. Samsung lost 4.3 percentage points in share and declined 5.3% in unit sales year on year in the second quarter of 2015.

In the same period, Apple iPhone sales increased 36%, even though worldwide smartphone sales recorded the slowest growth rate since 2013. The company gained 2.4 percentage points in market share. Samsung remains the most popular manufacturer but is less profitable, with a larger product range at lower prices than Apple.

Apple’s recent gains since launching the iPhone 6 and 6 Plus in September 2014 have reversed last year’s slide in market share for its iOS operating system. This is at the expense of Android, on which most manufacturers’ smartphones — including Samsung’s — run. Gartner’s analysis reveals that despite the launch of Samsung’s S6 models, its premium phones continue to be challenged by iPhone 6 Plus, which has a larger screen than previous Apple models.

Anshul Gupta, research director at Gartner, says that Apple gained many Android users because of the “demand for larger-screen phones” and because it won back some Android users who had previously switched from Apple. He also claims that Apple has taken market share from its rival because at the premium end “Samsung continues to struggle in bringing a model or feature that could become a differentiating experience as far as the end user is concerned”. 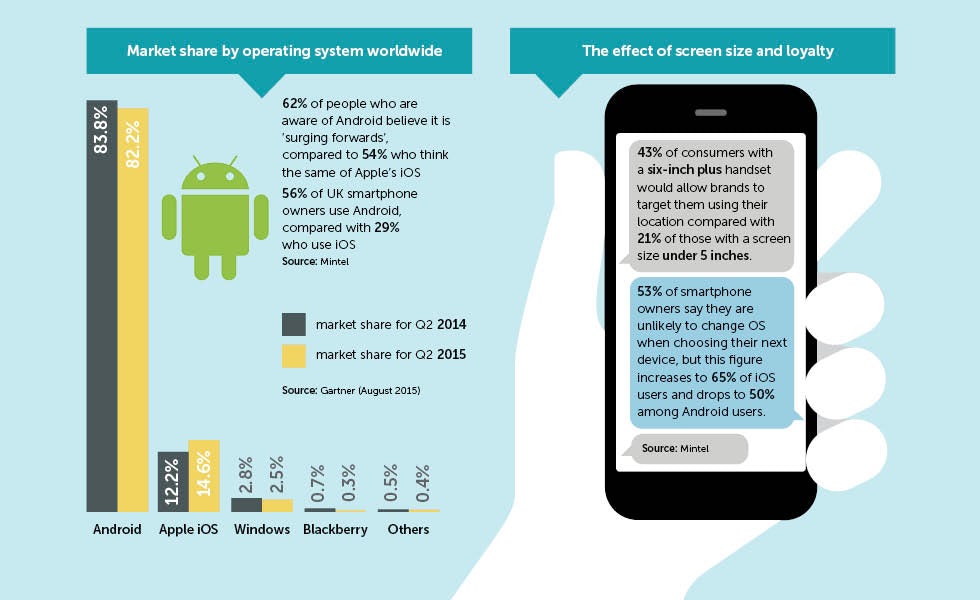 Another point of difference between the two big manufacturers is loyalty to the operating system. Mintel’s autumn digital trends report, which is out this month, samples 1,528 internet users that own a smartphone and shows that 53% of respondents are unlikely to change operating system. Split by platform, the figures are 65% of iOS users and 50% of Android users.

Paul Davies, senior leisure and technology analyst at Mintel, explains: “Apple users that were slightly envious of seeing Android counterparts with larger screens now have less reason to move across and their loyalty is justified with the larger screen.”

Screen size is an important point as the research from Mintel also places greater importance on consumer behaviour and the link to larger phones. “We are noticing that consumers are becoming more willing to conduct more serious, complex or time-consuming tasks on larger smartphones,” says Davies.

Analysis shows that those using ‘phablets’ — a screen size above 5 inches, big for a phone but small for a tablet — are more likely to engage with personalised, real-time advertising. Mintel’s report reveals that 43% of consumers with a six-inch or larger handset would allow brands to target them using their location, compared with 21% of those with a phone under 5 inches.

Analysts are not expecting any radical changes to the design for the new iPhone launch this month, which may limit the sales boost Apple enjoys. They predict that the focus will instead be on integration of services, particularly with the Apple Watch.

Mintel says consumer choice will become focused on operating system capabilities because of the rise of health and fitness tracking apps and the integration with web-connected products.

One of Gartner’s predictions for mobile technologies for 2015-16 was that the smartphone would become the hub of a ‘personal area network’, composed of wearable technology such as connected watches or activity monitors and sensors in shoes and clothing that connect to apps on smartphones. It expects these wearables to grow to be a multibillion-dollar-a-year market by 2016.

Davies at Mintel says the focus on the “wider ecosystem and not just the best smartphone” will be huge for brands. “This includes what it means for a consumer’s lifestyle, whether it is their health or entertainment, and the pure convenience of devices being better integrated and talking with one another,” he explains. 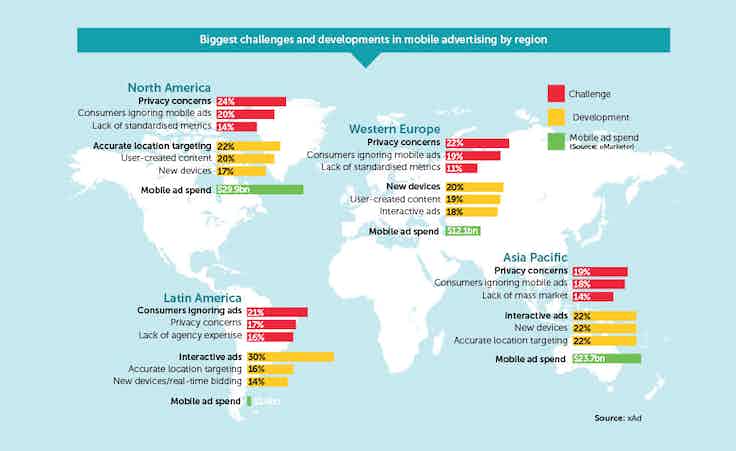 Western Europe lags behind Asia and North America in mobile advertising spend and marketers and agencies are less optimistic about the region’s growth, with consumers’ rejection of the ads on privacy grounds being the main reason. 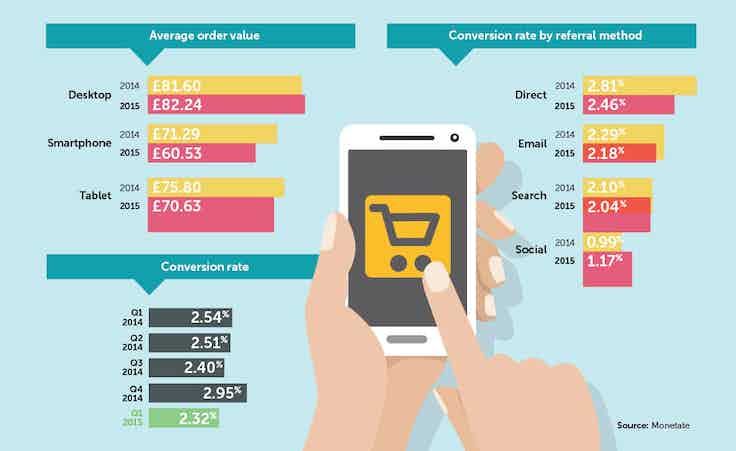 People are browsing more on mobiles than a year ago but spending less on each order and are less likely to buy, while a drop in overall conversions online shows retailers must fight growing competition with better website optimisation.