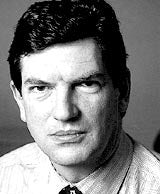 Public outcry at offensive advertising was the subject of much debate at last week’s outdoor conference in Barcelona. For the second year running, posters attracted more complaints than any other medium in the Advertising Standard Authority’s annual report.

Including complaints over ambient media, outdoor advertising attracted 2,696 protests in 2000 compared with 2,493 in 1999 – an increase of almost ten per cent.

Its nearest rivals in the “outraged of Tunbridge Wells” department were the national press and direct mail, though these media tended to attract complaints regarding exaggerated claims, rather than being “likely to cause serious or widespread offence”. On this count, posters won by a country mile.

The unrivalled ability of poster ads to attract attention is underlined by the ASA’s findings. In 2000, the most complained-about poster ad was that Yves Saint Laurent perfume campaign, which featured supermodel Sophie Dahl naked except for a pair of high heels and some jewellery.

A brilliant campaign in my view, but not in the eyes of nearly 1,000 people, who were sufficiently outraged to complain. The ad attracted 948 complaints – over a third of all last year’s complaints relating to poster ads. The ASA demanded that the poster be taken down on the grounds that it was offensive and degrading to women. Yet the same ad continued to run in women’s magazines.

Presumably, the ad was still offensive when shown in print. So logically the conclusion that can be drawn from this case is that the print media do not have the same impact as posters.

While it is gratifying to see the impact posters can have on public attitudes, it is not the ambition of the sector to offend the general public. So it’s important to note that, despite the ten per cent rise in the total number of poster complaints, the number of cases upheld by the ASA actually fell last year.

This is a pleasing result, which suggests that creative agencies are not deliberately trying to exploit public outrage.

Posters in key locations provide the perfect canvas to create a stunning media spectacle. My own view is that, having discovered the benefits of outdoor in the late Nineties, many agencies have now tested the limits of public acceptability and pulled back.

Instead of setting out to shock, agencies are now focusing on ways to hone the creative edge of their campaigns.

Research (our own as it happens) has demonstrated that posters are three times as effective if the creative work is good (simple, attractively-shot, funny and so on). However, if creative quality is sacrificed in the search for short-term publicity, then the real loser will be the brand.

Sophie Dahl clearly has a fantastic figure, but I cannot for the life of me remember the name of the fragrance.