Despite Lord Sugar’s claim on the Headline Stage during Day One that marketers should prioritise product and avoid brand purpose, there were plenty of musings on the latter. In particular, one message that dominated the Festival was for marketers to rethink their ethical behaviour.

Social activist Monica Lewinsky, who was one of the Festival’s headline speakers, urged brands to work with consumers to create a more “compassionate” and ethical internet.

She became notorious in 1998 for having an affair with US President Bill Clinton. During her talk, she suggested she had been the first person to experience online shaming on a global scale.

Lewinsky said that brands could play an important role in changing people’s online behaviour by setting a positive example in their communications to consumers.

“Building a more compassionate society is going to be a bilateral exercise between individuals and the brands that represent their aspirations and values,” she commented. “The marketers in this room can play a big role in making sure that this current culture of shaming and its link with ad dollars ends.”

Meanwhile, Jan Gooding, group brand director at Aviva and chair of LGBT charity Stonewall, criticised the marketing profession for failing to properly embrace and encourage diversity. Speaking on the Realising Your Potential stage about championing work place diversity, she argued that many marketers choose not to come out as gay for fear that it will negatively effect their careers.

“What’s interesting is not the 3% of the workforce who tell us their sexual orientation but the 5% who prefer not to say,” said Gooding.

“That’s a big number of people who don’t feel able to be out. It’s a disgrace where the marketing industry is – if you don’t even know how many people are not ‘out’ at work, how can you say if there’s a problem or not?”

Trust is not beyond banks

Since the 2008 financial crisis, banks know that they need to battle negative brand perceptions and win back trust among the British public. TSB’s CMO Nigel Gilbert believes the main difference between TSB and other banks is the focus on long-term rather than a short-term strategy.

Speaking during a presentation on the Brand & Creative stage, he advised: “There is a difference between being in the ‘boom loop’ and the ‘doom loop’. Most banks, and also a lot of retailers, are stuck in the doom loop. What they are doing is bribing people to stay, or bribing people to join.

“A longer term mindset would tell you that what you have to do is focus on advocates by giving people a great experience that is good for both sides.”

Anthony Thomson, chairman of the mobile-only Atom Bank, which is set to disrupt the banking sector when it launches later this year, added that the purpose of business should be to give customers a better product, not financial gain.

Opening the second day of the Festival of Marketing on the headline stage, he said: “If you do that well and manage your business effectively, you will make money, but it should be that way around. We should not be starting businesses to make money.”

Speaking about driving growth on the Digital Transformation stage Diageo’s CMO Syl Saller told delegates she is looking beyond agencies to new media companies and publishers such as Vice to produce high-quality content.

“For us, collaboration is not just about our agencies, it’s about our partners. You have to listen to them [new media companies] and be willing to give up control of your brand because they know content better than we know content,” she explained.

Mark Adams, Vice’s senior vice-president for innovation, added that many brands struggle to connect with millennials, which is a problem that can be solved through creating relevant content.

Speaking on a panel discussion about measuring the value of content, he said: “There is a huge disconnect between what brands talk about in the boardroom and what young people are doing in real life. Vice tries to connect the two. We take an abstract culture topic and turn it into content.”

However, Helen Warren-Piper, Premier Food’s marketing director of grocery, said brands should use content in conjunction with above the line mediums.

She said: “If you push content out on its own, you’ll find the ROI is negligible. Even though the content initially makes a big impact, people will quickly forget about it. Multimedia and above the line is always going to be necessary for a FMCG brand to drive the longevity of a campaign.”

Use live streaming and neuroscience for campaigns

Marketers are always looking for the next big thing, and the Festival did not shy away from debating the potential effect of live streaming apps such as Periscope.

Internet star Matt Adlard, aka The Topless Baker, urged brands to rethink media spend to include live streaming, even though he admits the platform will not hit any hard KPIs.

Although the number of active users are rising, with Periscope reaching 10 million and Meerkat two million, the return on investment for brands using the channels is difficult to quantify.

Speaking on the Social stage about the importance of live video, he explained: “From a traditional marketer’s point of view, you’ll be used to reporting hard KPIs, a number of likes or an engagement rate. You need to be prepared that when you go into live streaming you won’t have that to deliver.”

Instead, he told delegates that they need to be bold in adopting live streaming, and to rely on views and comments as “those will be the only metrics you’ll be able to report”. “Don’t look at those short-term KPIs, you need to look at the long term and how you are building your brand for your audience,” he added.

Meanwhile, the Post Office’s CMO Peter Markey revealed on the Customer Experience stage that the brand is keen to transform the business by using neuroscience principles to achieve a deeper emotional impact and improve its customer experience.

This involves appealing to the ‘system 1’ brain – a term used by neuroscientist Daniel Kahneman to refer to people’s unconscious responses and feelings. This contrasts to the more superficial, conscious thinking that people do via the ‘system 2’ brain.

“A year ago, our Christmas campaign was about what we had changed, the fact that we’re open for longer and all the things we do.

“That worked well on one level, and performed well commercially, but it didn’t go deeper into changing the way people feel about the business. We’re starting to look much more at both system 1 and system 2 thinking, to really show what customers are feeling.”

Markey added the Post Office will continue to use this approach to improve other branches.

Festival of Marketing 2015: Retired astronaut Chris Hadfield, the first Canadian to ever walk in space, has advised brands to prepare for failure and not success, citing the example of the near disaster of a liquid ammonia leak during one of his missions as a Commander of the International Space Station. 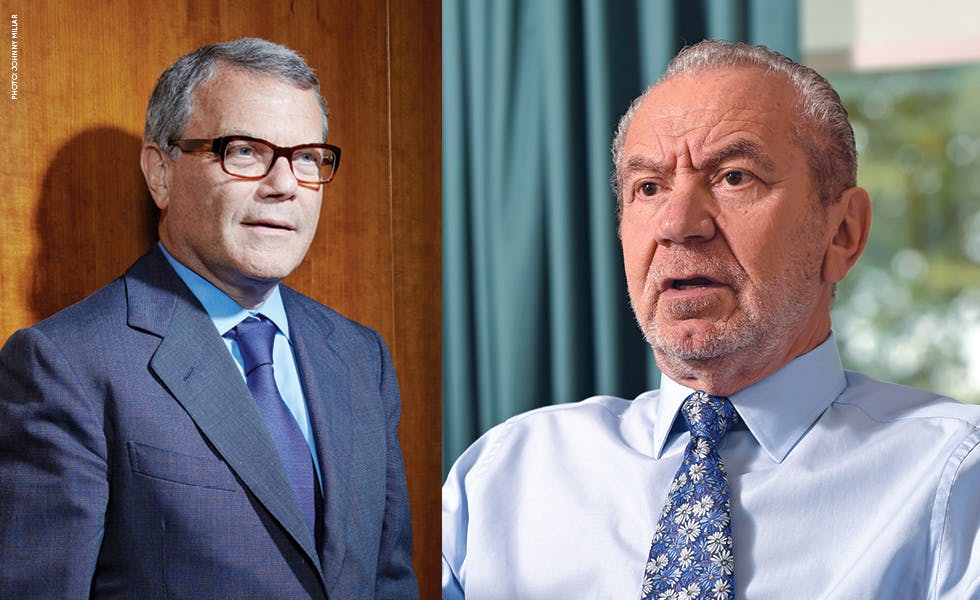