Several brand migrations are planned for this year, but rechristening a product is a complicated and expensive process that goes far beyond a simple name change – owners must avoid the many pitfalls and ensure that the brand really does benefit from the migration. By David Benady

Anew round of brand name changes is about to be unleashed on an unsuspecting – and probably indifferent – British public. Tens of millions of pounds are about to be poured into rechristening NTL/Telewest as Virgin and rebranding broadband provider Wanadoo as Orange. At the same time, Marks &amp; Spencer is considering renaming its stores “Your M&amp;S”, while Electrolux plasters its brand name over AEG and Zanussi products.

Consumers may be forgiven for feeling a little confused. They have been bombarded with brand messages about the advantages offered by Wanadoo, NTL, Zanussi, Marathon (renamed Snickers) and Dixons (whose stores are being renamed Currys.digital) among dozens of others. But now it seems these benefits have become irrelevant and the brands are being scrapped without explanation. It raises the question of why brands matter at all if they can be eradicated at the drop of a hat.

Far from being undertaken in the consumers’ interest, brand migrations tend to reflect the machinations of ownership. They are driven by cost-cutting global realignments, acquisitions and mergers, and sometimes by corporate decisions that are frankly hard to fathom. 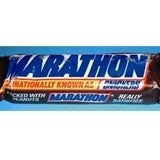 Such is the case with Wanadoo’s conversion to the Orange brand, just two years after it rebranded from Freeserve. Orange claims the change will benefit consumers, offering converged services between mobile and broadband, “seamless customer touchpoints” and “potential cost benefits to the customer.” The fortnight-long transition advertising campaign breaks this week through Orange’s recently hired agency Fallon, baldly announcing “Wanadoo is becoming Orange” without a hint of explanation.

One source claims the rebranding reflects a confused corporate picture at parent company France Telecom, which has owned Orange since 2000. When it bought Dixons’ Freeserve brand in 2001, it decided to merge it with its own broadband brand Wanadoo, which was already operating in France – something that was done for reasons of “French brand jingoism” according to the observer. The idea of a French technology marque beating the Anglo-Saxon brands at their own game was attractive to the Gallic mindset.

Now, Wanadoo is to disappear completely in favour of Orange. This is embarrassing at a corporate level since France Telecom could have simply rebranded Freeserve as Orange in the first place. Instead it has spent some &£30m on advertising Wanadoo in the UK. The observer claims that by hanging its future on convergence, Orange may end up being destroyed in the UK as it will have to offer free broadband to compete with the likes of Carphone Warehouse. France Telecom needs to take care as it axes Wanadoo in favour of Orange, since brand migrations can seriously backfire.

In nature, a species moves for the winter, then migrates back next season. In brand terms, a migration should go in one direction and be permanent. But when Kellogg’s attempted to change Coco Pops to Choco Krispies in 1998, a backlash forced it to return to the original name.

As Paul Walton, chairman of consultancy The Value Engineers, says/ “Brand migration is not exactly on the consumers’ agenda. If brands are – in the words of Kevin Roberts [Saatchi &amp; Saatchi’s worldwide chief executive] – ‘Lovemarks’ then brand migration is a lovers’ tiff. The brand we spent so much time forging a relationship with is changing and it is going to cost functionally and emotionally.” 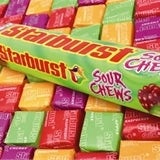 He says brands have to compensate consumers for taking them on this unexpected journey, and this can be achieved by launching innovative new products under the brand name. But the central question is how a migration should be executed – bit by bit or all at once? The gradual approach is more persuasive and gives consumers greater time to get used to it. But it is also far more expensive than the big bang strategy.

Just how NTL/Telewest will rebrand all its services under the Virgin name after buying Virgin Mobile is unclear. The deal will enable the company to offer a “four play” technology model where consumers can have fixed-line telephone, cable television, broadband and mobile telephony all on one bill. There seems to be a strong rationale for such a move, though people may baulk at it when they realise that the bundled services will make it virtually impossible to compare prices with other providers.

Virgin Mobile brand director James Kydd, who will become the top marketer in the merged company, says the transition to the Virgin name will only happen once certain conditions have been met.

“We won’t call it Virgin immediately – there are certain elements we need to get right first. A key part is customer service and before that, what people in the organisation think. We don’t want a brand with Virgin on it unless it conforms to certain Virgin standards. It is not going to make sense having a bit of NTL here and there and rolling it out,” he says.

But it is one thing to rebrand a vast organisation such as NTL and quite another to change the name on a single product. Mars is considered to be a past master at brand migrations. Angus Porter, chief executive of consultancy Added Value, who worked on the 1998 migration of Opal Fruits to Starburst, says it was undertaken to enable expansion into different product formats and to standardise the brand across markets: “You do get people feeling very precious. We were pleasantly surprised to find that those most up in arms were the middle-aged users, but their teenage kids thought that if that was the case it must be OK.” 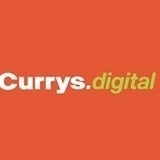 He says the change of Marathon to Snickers was undertaken in six steps, with the Snickers logo gradually being enlarged and placed in a more central position on packs. But Anne Le Blond, head of strategy at design agency Landor, thinks consumers were disappointed “because their expectation was that the product was going to be better. It was a bit of a let-down.” She says the name is only one small part of the brand story. All-important is the brand experience.

Laurence Green, planning director at Orange’s agency Fallon, believes that brand migrations will be ultimately beneficial if they lead to fewer brands. “I think there is going to be more of it as the world is overcrowded with brands,” he says.

The problem with migrations is that they reverse the concept of branding – they require consumers to adapt to brands rather than the other way round. But ultimately they have to deliver. The new brand must be significantly superior to what it has replaced, or the whole exercise will be viewed as a waste of time, money and mind space.