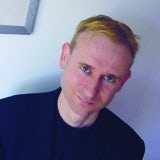 OutNow chief executive Ian Johnson takes the Office for National Statistics to task over its recent survey of the UK’s gay population that he says could be misleading for marketers.

At a recent employment and diversity exhibition held in London, there was one corporate advertisement that stood out.

There, in a publication primarily targeted at a lesbian, gay, bisexual and transgender (LGBT) audience was a double page spread with the statement, “1.5% – the number of LGB people in the UK”.

This number was put there by the UK Office for National Statistics (ONS) – yet it is based on “experimental” methodology.

In what ONS itself concedes to be “experimental” research, it seems to have completely disregarded its own guidelines that such research should be publicised only in very limited ways: “It is important that in all cases these statistics are clearly marked as experimental.” (See here).

This clearly has not happened in the advertising ONS chose to run in the Diversity show programme guide, nor did the “experimental” nature of the research get much of a run in the ensuing media frenzy that the ONS seems to have facilitated when it released this data in September.

Why does this matter? It matters a great deal.

We have already seen murmurings from the Conservative side of politics to use this new erroneous data as a justification to lessen the importance of policies and services related to LGBT diversity issues.

From a marketers standpoint it also matters. Out Now has relied upon leading research accepted widely for 17 years that originated in the US showing that 6% of the adult population is likely to be lesbian or gay.

The difference in market potential between 1% and 6% is highly significant.

There is a very large difference between a target market of 6% of UK adults (3 million consumers) and 1% (less than 500,000 people). We have already had clients ask us for our interpretation on the ONS figures and when we lay out the methodology applied, our clients are similarly appalled that the ONS would be so foolhardy as to publish this data in the way it has done.

Keeping this data out there in the field does two things: it confuses the marketplace, and we believe it risks ongoing damage to the ONS brand as awareness grows of the significant deficiencies contained within their methodology.

Many of the world’s leading brands target the LGBT community because the return on investment for well-designed and strategically targeted marketing is substantial.

In my eyes, the methodology the ONS used is flawed because essentially, what the ONS was asking of respondents was that they “out” themselves as bisexual, lesbian or gay to a complete stranger. Would that make you likely to answer honestly if you had up to that point chosen to keep your sexuality a private matter?

The gold standard from our viewpoint is the 1993 field research undertaken by Yankelovich Partners, which revealed that just under 6% of all US adults self-identify as lesbian or gay.

Several differences in methodology are key – not the least of which is that interviews were only conducted by Yankelovich in respondents homes, not by telephone call (as was allowed in the ONS study, so some form of relationship of trust between subject and interviewer could be established.

If brands fail to grasp what they are missing out on in terms of this audience, the economy, the consumer and the corporate will all lose out. UK brand marketers deserve to have accurate insights about potential audiences they want to engage with.