“We doubled our investment in programmatic in 2014 and our ambition is to do a similar amount in 2015,” says Daniel Michelson, innovation and capability lead at mobile network O2. “Last year, we concentrated on proving that programmatic works. Now we are focussed on how far we can push it.”

European online ad spend is set to surpass outlays on any other media platform by 2018. According to IAB Europe, programmatic ad buying – the automated buying of ad inventory in real time based on audiences rather than  platforms – will be the key driver of this growth. So how far  will programmatic go and what will this mean for marketers?

DIY retailer B&Q increased its investment in programmatic in 2014, but Bonnie Jackson, who is responsible for digital display, partnerships and retargeting campaigns at the retailer, says it is taking baby steps. “We have started off small. Originally, it was more around direct response, so we looked at generating cost per lead or online return on investment, and programmatic helped us to optimise towards those. Now we are expanding that to brand awareness to see how it feels.”

Working with Infectious Media, B&Q is using online programmatic display advertising in its kitchen campaign and has seen an increase in perception change and purchase consideration, as well as reducing cost per lead (CPL) by half compared to the middle of last year. But there is still work to be done. Jackson says: “We are trying to establish how much of that is incremental, because retargeting strategies are a part of that and we want to make sure we are not paying for people who would have converted anyway.”

O2 uses programmatic display advertising across numerous campaigns, including its recent ‘SIM only’ campaign, where it partnered with programmatic specialists The Exchange Lab. Michelson at O2 says the company uses programmatic as both a performance-driven channel and an insights channel. As a result, it has gathered surprising findings. “Some of our best results have been in health environments. Programmatic has allowed us to not just identify a channel that delivers brilliant performance, but to use it in a very similar way to how search and social are used to understand consumers,” he says.

Brands might still be honing their skills in the online programmatic display space, but some are already looking ahead to how they can achieve the same benefits using  other channels.

Video is one of the biggest areas primed for programmatic growth. New research from Infectious Media shows that 45% of marketers cite video as one of the top opportunities offered by programmatic over the next six to 12 months. Noel Penzer, managing director at media owner AOL, says programmatic video trading is “already racing away and is one of our fastest growing revenue lines”.

However, O2’s Michelson says one of the key challenges is bringing together the technology, data and creative necessary to execute  a strong programmatic video campaign.

He says: “We have found that if you use just two of those factors, for example technology and data, you get a good performance but not an optimum one. The power of programmatic is accessed when you can start storytelling through creative as well.”

Michelson says that O2 is searching for a company that can help  it serve video dynamically. “I haven’t seen any really good platform that successfully brings technology, data and creative together without having to use loads of different ads. From a cost point  of view, that is just not sustainable.”

Nestlé is directing investment into programmatic video. Last year, it moved away from fixed cost per impression (CPM) video buys, which it says lack transparency. It is working with TubeMogul on using video to build additional reach into its campaigns. Gawain Owen, marketing communications at Nestlé, says the company buys only VPAID inventory (the IAB’s technical standard for in-stream video advertising) and pays only for ads that have been viewed. “We have taken back full control of the buying process  and optimise out non-performing sites. By using real-time CPM, we have significantly reduced our costs without suffering a loss  of quality,” he explains.

He says the primary challenge in programmatic video is supply of good quality inventory. Nestlé is partnering with video advertising company Teads to tackle this. “Its formats allow us to place ads outside the traditional video stream,” he says. “This dramatically increases the amount of video inventory available to us and gives an alternative to traditional formats, such as pre-roll.”

According to Infectious Media’s research, only 35% of marketers cite mobile as a top opportunity within programmatic advertising. MoneySupermarket uses programmatic advertising mainly for its online display activity, but head of programmatic Sammy Austin says the price comparison site is unlikely to invest in mobile programmatic in the near future. “Measurement and tracking are key for us, which is why our focus has been on display to date. We’ll understand how best we can measure this first beyond ‘last click’ or ‘last impression’ and secure additional investment across programmatic display before we move onto other channels.”

O2 has used programmatic mobile, but Michelson says although the click-through rate is good, conversion rates are less impressive. The challenge for O2 is to tie together measurement of ad performance across devices, which Michelson hopes programmatic will be able to do in the future.

Austin says that as MoneySupemarket develops its programmatic strategy into new areas, she envisages developing the relationships that the brand has with its private marketplaces for display advertising. The idea is to take advantage of “the ad slots  that we know have historically worked well for us and apply  data sets and contextual targeting that have proven valuable  for us”.

The developments in programmatic will undoubtedly change how brands assess value for money too. “We’ll have more confidence that the ads we are serving are viewable, and can start looking at a consumer’s path to conversion, how they interact with each channel and what the optimum path to conversion looks like,” says Austin.

For Michelson it is simple: “Programmatic allows you to look at how much you are bidding for an individual and make intelligent decisions about when it is right to stop advertising to someone and when it is worth carrying on.”

The high value and reach of TV ads means media buying in the channel is still influenced by media agencies’ relationships with broadcasters and brands’ buying power. It is also a channel where the level of precision in audience data and  ad targeting has historically been far from granular. However, ISBA media and advertising manager Mario Yiannacou says that the ‘long tail’ of less valuable TV inventory will eventually be traded programmatically in real time.

He adds that “buying premium online advertising via private marketplaces is gaining ground in digital trading and could eventually spread to include the quality TV spots”, but also that there are “huge structural changes” required before this happens, particularly for linear TV broadcasters.

Michelson also believes programmatic TV advertising  will happen, but it will take time. He says: “I still feel that when it comes to TV, people think about mass reach and  big brand impact rather than one-to-one storytelling  with consumers.”

“We are having conversations around the potential for TV syncing and how we might utilise some of the technology that our programmatic partners have to monitor activity and run display activity in line with our TV advertising or competitors’ TV advertising. That will be from both a display and a search perspective,” he explains.

Wherever programmatic goes next, it is imperative that brands do not view each platform in isolation, says AOL’s Penzer, arguing that “it is about audiences, and they should all be connected”.

Regardless of the media used, that is the next step.  As Austin at MoneySupermarket says: “Being able to target a consumer on any of these channels, wherever we see them, without having to set up a separate  strategy for each, is what the future looks like.”

The majority of Mind’s ad trading is programmatic, in partnership with our digital and direct media agency Equimedia.

The main benefit of programmatic is that we can eliminate wastage. It allows us to buy online advertising that reaches the right audience, at the right time, in the right environment and at the right price. This approach is cost-effective and pushes up campaign return on investment. We can be more dynamic and react quickly to market factors.

When mental health is in the media headlines, we can easily add this into our programmatic campaign to ensure we are visible in places where these conversations take place. For example, when mental health funding is being talked about or a new blog post is written by a mental health advocate, we can contextually target this content.

As we can access data in real time, we can make informed decisions about which subtle changes to make for an even stronger performance.

With programmatic, we gain a good understanding of our audiences, what they like and dislike and which elements are likely to trigger an action.

Our campaign setup gives us the insight needed to determine which category and audience themes prompt a certain level of engagement over others. For example, we see that both condition-based and event-based targeting works well in facilitating a response. These findings can be translated and applied cross-device and cross-channel.

The main concerns with programmatic are around brand safety, transparency and viewability. It would not be right for us to rely 100% on programmatic advertising. For instance, an algorithm may tell us to advertise on a certain site but if there are no shared values there, proceeding with placement could undermine the Mind brand.

It is therefore essential to maintain the human touch, ensuring there is someone who can check all placements and reports and manually intervene when necessary to ensure that all placements are the right ones.

With regard to advertising content, it can be a challenge to have a regular supply of premium, high-quality content. This is especially true for video, which will become even more important in the future. 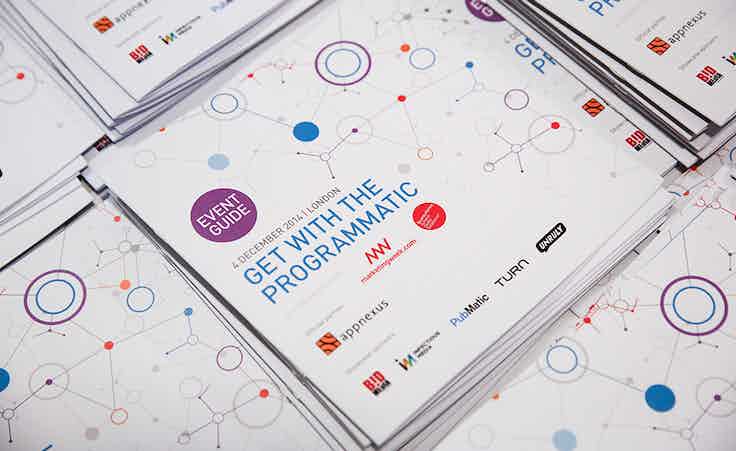 In September, the World Federation of Advertisers published a report that found that brands were moving programmatic advertising spend away from agency trading desks over transparency concerns. 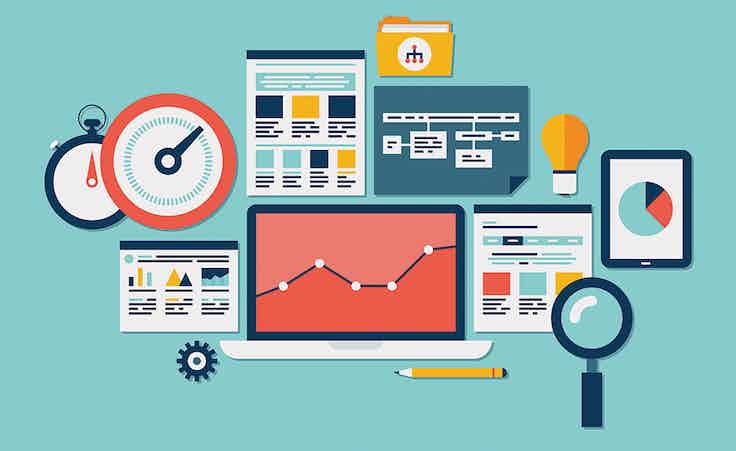 The answer to the question ‘does programmatic have a perception problem?’ is a resounding….’maybe’. 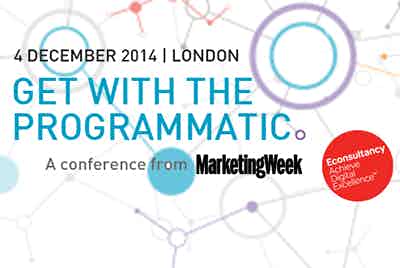 Programmatic advertising will become more transparent, data rich and branch out to more media channels over the next 12 months, according to sector experts.