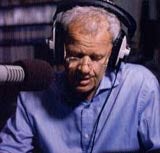 Local radio tends to conjure up images of fun-days, promotions in shopping centres and DJs in the same vein as Steve Coogan’s fictional Alan Partridge.

Radio Investments operates 22 local stations predominantly based in the South-west and North-east, including Spire FM in Salisbury and Minster FM in York. It reported net assets of &£20.8m and a loss before tax, goodwill amortisation and impairment of &£900,000 for the year ending September 30, 2003.

Wheatly’s LRC has already raised &£47.3m through an accelerated public offering on the Alternative Investment Market and shares will begin trading on Friday (May 21).

The float may have brought local radio to the City’s attention, but industry observers say Wheatly faces the challenge of turning around ailing local stations and winning over national advertisers to the local medium.

An industry expert says: “They have bought it [Radio Investments] in the belief that it will mop up other stations when consolidation begins among the bigger commercial groups.”

Wheatly hopes to turn the group into a powerful alternative to national and regional radio and is understood to be developing the local stations as a brand along the lines of Jazz FM, with CD and merchandising spin-offs.

He is also planning to acquire other local stations, which many predict will become available when the radio industry’s much anticipated wave of consolidation takes place after regulatory changes enshrined in the new Communications Act. It is expected that this will affect EMAP, GWR, and Capital Radio Group, all of which have regional, if not local interests. Wheatly also hopes to bid for new licences, the first of which will be advertised by Ofcom next month.

“We clearly have a big asset in First Radio Sales as we already handle 83 stations including those for other local groups such as UKRD and Lincs,” he says. “The group has grown at 20 per cent each year over the past two to three years and we intend to build on that growth.” 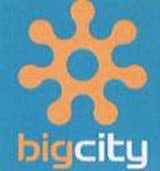 As well as the radio division, which will be overseen by Radio Investments chief executive John Sanderson, Wheatly will create an enterprises and entertainments division to generate new revenue streams through CDs and merchandising, which proved a successful venture at Jazz FM.

Despite the tough sales environment of recent years, revenue in the radio market has continued to rise. The overall commercial radio market has grown from &£549m in 2001 to &£601m last year. On the whole, the local sales market has remained strong over the same period and is now worth &£166.6m.

Radio buyers say that the local radio market can be likened to the local newspaper market, with an average split of 80 per cent local advertising to 20 per cent national. However, the level of national advertising increases on the bigger regional stations such as GMG’s Real brand, which saw turnover increase by 93 per cent year on year at its Yorkshire station in 2003.

The increase in competition – there are now 272 local and regional stations – has affected all groups. Last year, radio revenue at Capital Radio Group dropped to &£115.3m from &£120m the previous year, which Capital partly attributes to increased competition for sales in the local market.

Among the big radio groups, GWR has the largest number of interests with 32 local stations. It saw a five per cent increase in local revenue in the six months to September 30, 2003, from &£20.7m to &£21.7m. While the big groups tend to dominate the regional or larger local licences that cover areas like cities, such as EMAP’s Big City Network, the majority of the local stations are owned by smaller groups such as UKRD, Fusion and Tindle Group.

Peter Charlton, sales director for local radio at GWR’s sales house Opus, says that the medium is very targeted, enabling local advertisers and some national advertisers to see how effective it is for them. “Local advertising seems very much in vogue with advertisers increasingly looking to target people in a local way.

“It is part of the act local, think global strategy that companies have been adopting in recent years,” he says.

Capital Radio Group operations director Paul Davies says that local stations offering programming tailored to the local community is a unique selling point to both advertisers and listeners. He says: “It can reflect the music preference in that area or can focus on football, if that is the local passion. You have to do something locally that the national brands can’t.”

EMAP has come round to this view with its decision to give programming and marketing powers back to the individual stations and brands. EMAP managing director for radio Mark Story says that it is now giving stations advisory playlists to follow, but adds that the company allows individual stations the flexibility to react quickly to local events, or even to a change in the weather.

But local radio programming requires investment. Rob van Pouss, group national sales director for UKRD, which uses First Radio Sales, says the key is not to see the sales operation as simply a pure profit centre. He says: “You have to keep reinvesting in stations and content because this helps to attract more national sales. The local sales then cover your cost base and the national sales account for the profit that you make.”

To stand a better chance of competing with the larger radio groups for a greater share of national advertising the small local stations should team up together says MindShare head of radio Howard Bareham.

Wheatly’s plans to acquire even more local stations and licences will certainly put his collection of local radio stations in an increasingly strong position to acquire a greater share of that all important national advertising.