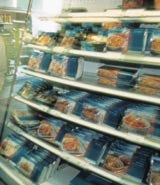 You don’t hear of many products being relaunched as “new and improved” these days. That may be because a lot of them are actually getting worse.

Low inflation over the past ten years has made it hard for manufacturers to push through price rises, while pressures to increase shareholder value mean they have had to protect margins by “disguising” price hikes. One way to do this has been through debasing the quality of their products.

Revelations that bread manufacturers have been bulking up their loaves with cheap fat follow stories about some supermarket suppliers injecting meat with water to fill out its weight and a report that Marks &amp; Spencer has sought subtle ways of downgrading the quality of the ingredients of its ready meals in order to cut costs.

The supermarket price wars of the past five years, sparked by Wal-Mart’s takeover of Asda, have forced food manufacturers to look for ingenious ways of taking costs out of the production process through “value engineering”.

This has been particularly prevalent in the area of low-cost own-label ranges such as Tesco Value and Sainsbury’s Low Price, and has also affected second- and third-line brands. Supermarkets have launched premium ranges as an alternative, but there are price differentials of up to 100 per cent on some products.

Value engineering consists of a brand manager sitting down with executives from the production and research and development departments to explore cost- cutting in ways that are not immediately obvious to consumers. It can involve substituting cheaper ingredients in recipes, such as using processed fish scraps rather than fillets in prepared meals, increasing the levels of “tea dust” in tea bags or flavouring wine using oak chips rather than fermenting it in oak casks. Value can be “engineered” away from the consumer through changes in pack sizes or by finding cheaper ways of packaging products.

As Ric Simcock of consultancy Elephants Can’t Jump, and a former European marketing director of Pedigree Masterfoods, says: “Of course there are bits of recipes that consumers don’t notice, that you can take out and substitute for other things. It is a constant feature of all brand management. Every brand does it – though some substitute cheaper ingredients that actually add to product delivery.”

For instance, soft drinks manufacturers use artificial sweeteners in diet versions of their products that are cheaper than sugar, but offer a health benefit while saving money.

Marketers may “salami slice” quality, using a cheaper ingredient one year that goes unnoticed. By repeating this process, however, until there is a danger of being sucked into a downward cycle of lower quality, meaning people will eventually be turned off the lower-grade product and that the brand may be destroyed.

Paul Walton, chairman of consultancy The Value Engineers says: “The pressure is on margins and growth and keeping shareholders off your back. You can do one of two things – growing and innovating. But the other end of value engineering is product debasement. Can you cut something out that consumers won’t notice that will help your margins?” He believes value engineering can, if done properly, be used to improve quality, by making more efficient use of resources. 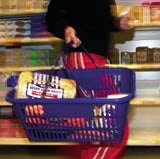 In the case of Marks &amp; Spencer, The Mail on Sunday reported on November 23 last year that former head of food operations Justin King, now chief executive of Sainsbury’s, called in value consultants who concluded that the chain’s ready meals could be made using cheaper ingredients, without affecting consumers’ perceptions. The paper said it was not believed that any re-engineered meals had gone on sale at the chain. An M&S spokeswoman says she is unaware of these moves and adds that the chain has a strong commitment to high-quality food.

But some people are wondering whether the gradual decline in the quality of many UK goods and services over recent years could be about to end, as higher retail price inflation allows producers to find new ways of driving up their profits, through price rises based on quality improvements.

Economist David Hillier of Barclays Capital says that the search for improved quality could soon become a feature of the UK economy, turning round the past decade of deflated prices. While globalised production has delivered lower costs through the use of low-paid labour in the developing world, in some sectors this has been accompanied by lower quality – Hillier points to the thinness of modern cotton shirts and says clothing and footwear have been particularly hit. The falling quality of recent years has, in reality, been an example of what is called “disguised inflation” – when lower prices are offset by cheaper processes and ingredients.

But while marketers have used an array of techniques to persuade consumers they are getting the same, when they are actually getting less, some observers contend that value engineering is a potential saviour for brands. Scottish Widows interim customer and brand director Rob Rees, with a long experience of the packaged goods industry, says: “Value engineering, if done correctly, is one of the purest art forms of marketing. To get the right price and quality relative to the competition is the essence of competitive advantage.”

He says the best examples are where value is engineered in favour of the consumer, based on an insight such as an increase in snacking. Making use of low variable costs (such as food ingredients) relative to fixed costs (labour and distribution) results, for instance, in super-sized burgers, fries, chocolate bars and packets of crisps.

And value engineering can work both ways. In the early Eighties, some chocolate makers responded to inflated cocoa prices by making their bars progressively thinner. Eventually, Rowntree hit back by launching the Yorkie bar, offering thick chocolate slabs.

In times of low inflation, brands often seek to increase profitability by debasing their products in clever ways that consumers don’t notice. Consumers become so used to inferior-tasting products, that they come to dislike, for instance, full-tasting ciders, beers, sherry or sausages. But as we move into more inflationary times, brand owners may look again at what the retailers have done with their premium ranges and try using quality improvements to justify price rises. Perhaps products really will be “new and improved” once more.