Redesigns, refreshes and rebrands are rife across various sectors as brands look to change perceptions of products and services. The latest was from Google last month, which updated its logo for the first time since 1999 and rebranded its holding company as Alphabet.

Brands such as Bernard Matthews, Gant and Gett, formerly Get Taxi, are also running various brand campaigns to solidify changes the companies have made to names, products, logos and packaging – but what prompts a redesign, what is the internal process behind pushing it through, and are marketers always in the driving seat?

Decision from the top

For the Bernard Matthews rebrand the decision was sparked by the arrival of a new CEO, Rob Burnett, in 2014. Although the company has been through three different rebrands in nine years, Burnett believed the previous redesign was not “good enough”, according to marketing director Rachel Copley.

The CEO therefore had a hand in the process, although it was led by the marketing team. In fact, Copley used a range of influencers for the £3m rebrand and marketing campaign, which launches this month.

“A good marketing team will get opinions from different places,” she says, “for example, from the sales team and feedback from customers. Other influencers internally [can comment] on costs or the packaging, procurement teams might have ideas for saving money, the factory could have ideas on efficiencies and so you take those into consideration as well.”

However, the responsibility is on marketing teams because, as Copley stresses, they are the people that “have to make it work for the business”.

The changing nature of the industry is often why some brands separate or even remove parts of the business in order to reflect and compete in a wider market. Get Taxi, for example, removed ‘taxi’ from its name and became Gett earlier this year.

The company made the move as it entered into other on-demand services. Kim Monney, Gett’s UK head of marketing, believes a rebrand can be promoted by many things but usually it is a change in strategy that links back to growth and expansion and sets a tone that makes it possible for brands to succeed in new ways. The decision also reflected Gett’s ambition to be a global brand.

Monney says: “We wanted to align our identity globally and state our intention to expand our offering beyond black cabs by utilising our technology to make a range of products and services available on-demand via our app. Our champagne on-demand service Gett Clicquot was the first of our new products to launch following the rebrand, and more will launch imminently.”

However, rebrands require ideas that come from deep within a business, according to Monney, which means “companies with a strong internal culture and departments or teams that work cohesively” will be at an advantage as they will be clear on “what they stand for and how they deliver to their customers”.

Google, meanwhile, formed holding company Alphabet to reflect the changing nature of its businesses and separate its internet operations including Android, YouTube and the search engine from its more experimental and financially risky research divisions, including X Lab and its health businesses.

The new Google logo, unveiled less than a month after the Alphabet announcement, represented more than just a font refresh – from serif to sans-serif, which is said to be easier to read online. Additionally, it reflected shifts in consumer behaviour and the multichannel world in which content is consumed. Google’s blog states that “users now engage with Google using a constellation of devices, and our brand should express the same simplicity and delight they expect from our homepage, while fully embracing the opportunities offered by each new device and surface”.

Creating a “unanimous human appeal” was the brief for holiday rental marketplace HomeAway as it launched new brand messaging. The brand wanted to change from its previous tag line of ‘Let’s stay together’ to the idea of ‘whole’, which its global CMO Mariano Dima believes applies to more than accommodation.

He says: “HomeAway believes that ‘whole’ represents many things – taking your whole vacation time to relax and disconnect from your everyday life, taking the whole family with you, and staying in a whole house – and this forms the basis [of the] campaign.”

Changing the brand’s message also took a global approach to forming the new marketing campaign as HomeAway has over a million property listings across more than 190 countries and had to “create a brand message that resounds across these markets”.

Dima adds: “That is why the core of the brand and messaging has to have unanimous human appeal, and that is why the concept of the ‘whole family’ works for us. Family connections and the emotions experienced on a well earned break are a common language across the globe.”

Global rebrands are often a call for modernisation. HomeAway wanted to challenge the ‘traditional’ idea of families, and its advertising reflected the idea that there is no single definition, featuring gay couples and extended families travelling with in-laws and aunts and uncles.

For business-to-business brands the rebrand and redesign process is often in line with appealing to existing and potential business customers worldwide.

JLL, formerly known as Jones Lang LaSalle, is a 250-year-old property company that leases buildings, such as The Shard, and acted in the sale of Gleneagles Golf Course in Scotland and Grosvenor House in London.

The two rationales behind the rebrand to JLL were globalisation and digitisation. Charles Doyle, JLL’s chief marketing and communications officer, explains that the marketing team started to see shifts in business towards emerging markets but like most professional services firms the company still bore the names of its European founders.

Doyle says: “That starts to strain as we globalise. We are in 80 countries around the world and the old name Jones Lang LaSalle – a Welsh, Scottish and French name all together – what does that mean in a place like China, potentially the world’s biggest real estate market that is in the middle of the largest urbanisation in human history?

“We have to take in many more complex factors to think through the brand for the future [rather than just preserving] the historic 250-year-old brand. You don’t go into these things lightly, rebranding the world’s oldest companies.”

This is also where the digital nature of industry plays a part, as Doyle stresses that digital platforms are better suited to “symbols and shortness” than long brand names. “There is a tendency for compression because the main context of marketing is digital,” he adds.

The challenges that Bernard Matthews was trying to fix were “basic”, including stand-out on shelf, differentiation in the category and in the variants, but Copley says a rebrand can do far more than just change those aspects; it can allow brands to tell a story.

She says: “At the moment, the brand doesn’t tell the story of Bernard Matthews, about what makes it special and unique. The new redesign goes back to our roots to give the brand a chance to [say] where we came from, the story of the turkeys and our green energy story. It allows all of that in a simple packaging redesign.”

An important aspect that unites many of the brands going through a rebrand is time – the strategy, discovery and debate over the ideas, designs or innovations and whether they are right for the business all take time.

JLL is three-quarters of the way through a rebrand that began last year; Bernard Matthews stresses the need for development and looking over designs; and Monney at Gett says: “There needs to be complete confidence that the final decision is 100% in line with the core of the brand, and that everyone in the company understands and is aligned with it, as it’s the foundation for everything going forward.”

Insight first and foremost [as] we had different ideas internally [about] what the brand stood for and our identity. Once this had been established, we turned to the consumer to understand what their needs, expectations and desires were regarding brands and the Gant brand. We extracted insights and built strategies according to both internal and external sources.

Once it was decided the company would go through a rebrand, which department led the process?

The top management in the organisation, but normally it’s led by marketing. Our starting point for the process was establishing the brand platform, [including the] vision, positioning statement, values and brand promise, and naturally the CEO Patrik Nilsson was instrumental in setting the vision statement that also reflects the other variables in the brand platform.

What are the design challenges of rebranding, particularly with a global rebrand?

Global buy-in from all distributors, and this is managed through information, involvement and a clear understanding in why we are set out on the rebranding path.

It has worked very well for us as we have planned this for a long time and have had the time to involve all of our major distributors all over the world. They all knew what was coming and had the time to prepare for the global launch

Once the rebrand ideas, design and creative are decided internally how do you market this to consumers?

Via a very cohesive media strategy that is built on how the consumer journey looks and how they interact with brands. For example, our consumer is very international and travels a lot; hence our media strategy has been very much based on close-to-travel media.

Naturally, the content is also visible in an in-store environment, on our ecommerce platforms and our social media platforms in order to provide message clarity across all touchpoints. 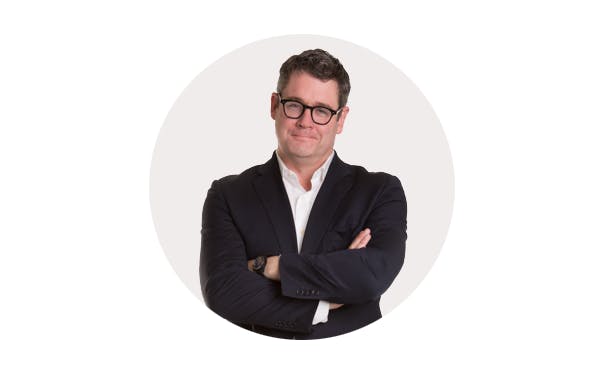 What a week for rebranding eh? I simply can’t remember a seven days like it in the whole history of marketing. 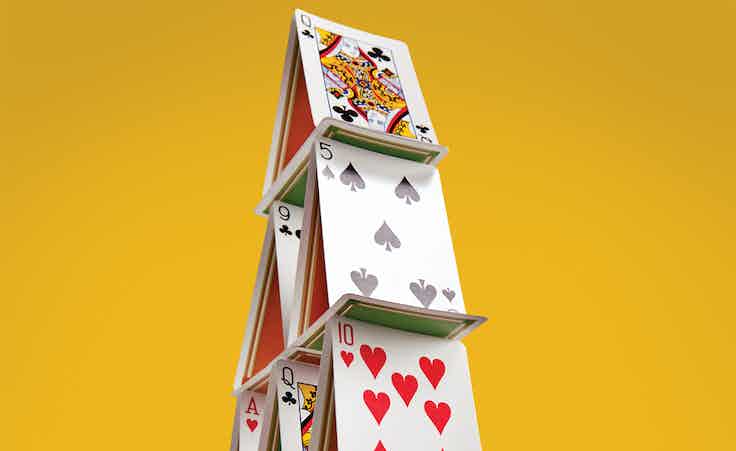