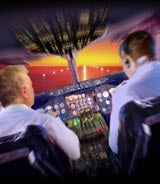 Once a brand loses touch with its customers, trying to restore the relationship is a long and arduous process. Last week, British Airways appeared to destroy a reputation for customer service built up over years when it failed to take care of its customers following a lightning strike by check-in staff, which left 80,000 passengers stranded at Heathrow.

The airline’s senior managers were accused of leaving passengers in the dark about when they could fly to their destinations and what would become of any baggage they had checked in. The hastily erected marquees outside Terminal Four that served as home to the waiting thousands for hours and even days became boiling cauldrons of resentment against BA. Frustrated passengers jumped at any opportunity to exact revenge on the airline, making bitter complaints through the national media about their treatment. Many said they would boycott the airline in future.

In one weekend, BA allowed a public relations crisis to balloon out of control and left itself appearing out of touch with its customers – the most serious misdemeanour that can be committed by a service company. The strike could cost it up to £50m in lost revenues and compensation. BA management has alienated its two most important groups of stakeholders – customer-facing staff and the customers themselves.

A BA spokeswoman says the airline has offered its apologies to passengers who found their travel plans disrupted. “This was unofficial action: we didn’t know it was going to happen. We are offering our sincerest apologies to passengers. We are working hard to resolve this as quickly as possible and we are in talks with the unions.”

The airline has revealed that it is undertaking a massive effort to turn around the negative PR. It will attempt to contact every one of the 90,000 passengers it estimates were affected by the chaos to offer apologies and ensure that they receive full compensation. A spokeswoman says the airline already has the details of 17,000 of those affected.

It does not have addresses for the other 70,000-plus, but will try to contact them and will post staff in airports for face-to-face meetings. “We have put in place a system where we phone people and say: ‘If you have suffered a problem, let us know how we can rectify the situation.’ We accept that we can’t fully compensate for the disruption, but we are trying to make sure the people who were affected are properly looked after,” says a spokeswoman.

The push is being headed by marketing director Martin George, and will involve dozens of marketing, sales and customer relations staff.

Many wonder whether the airline will ever be able to undo the bad sentiment it allowed to fester on the Heathrow concourses, however. From this point of view, it is crucial that BA heads off further industrial action. But then it will need a fundamental rethink of its brand to find a new position in the skies.

The British flag-carrier is not the first brand to create the impression it was failing to champion its customers’ interests. In most cases, however, losing touch with customers is a gradual process.

Sainsbury’s has spent the past five years trying to get back in touch with the customers it lost in the late Nineties. Last week, chief executive Sir Peter Davis told the City that the chain had managed to improve its like-for-like sales in the three months to June by a mere 0.3 per cent. Davis admitted: “I am not satisfied by our sales performance during the last two quarters.”

The ability to come back from a crisis is often down to the strength of personality of the chief executive. Neither Davis nor laid-back BA boss Rod Eddington brims with charisma. They show neither the self-deprecating PR skills of Sir Richard Branson nor the jolly, rotund cheekiness of Stelios Haji-Ioannou. BA and Sainsbury’s are two archetypal middle-class English brands, with all the iciness, aloofness and outward lack of passion that that entails.

BA was apparently caught unawares by the unofficial strike of Heathrow check-in staff which started on July 18 over the introduction of a new clocking-in system. The staff feared that information gleaned from the system would be used to make their shifts more “flexible” and that their hours would be annualised, so the major perk of being allowed to go home early would be cut.

Failure to judge the strength of feeling among these workers was BA’s first mistake. In a service business where the front-line staff are supposed to be the smiling, welcoming face of the brand, managers need to take great care about how they treat these workers. This was compounded by BA’s failure to keep customers informed about the implications of the strike.

“The public relations management left a lot to be desired,” says Nick Cloke, a director of marketing consultancy Catalyst. “Where was Eddington? Where was Martin George, the marketing director? They should have been there apologising. People kept on saying: ‘Where are these senior people?'” It took Eddington five days to issue an apology, and even that sounded somewhat grudging, as if it had been spewed out of a faceless PR machine. “The tone was of a business used to staying behind desks rather than keeping in touch with customers,” says Cloke.

Since Eddington took the reins at BA in 2000, he has brought about sweeping changes, axing 13,000 jobs in a cost-cutting exercise that most consider to have been skilfully executed with the agreement of the unions. He even managed to get BA into profit, through his Future Size and Shape programme, turning a loss of £110m in 2001 to 2002 into a profit of £295m in 2002 to 2003, despite seeing turnover falling by £650m to £7.7bn. Short-haul low fares were introduced to take on the low-cost airlines, and an online booking engine, called Fare Explorer, was launched.

Some marketers see BA as being inward-looking and hidebound, having too many staff who have worked there for too long. But others say that the job-culling under Eddington and his predecessor Robert Ayling is the prime cause of the unrest that is affecting the airline now.

Eli Abeles, who worked in BA management for 27 years before taking e

arly retirement and setting up aviation consultancy The ABS Consultancy, says: “One reason why BA is in this mess is the way in which, since Ayling took over, a whole layer of management has been swept away. A generation of managers in their early to late 50s is not there any more.

“BA has lost a collective memory of how things should be done, about caring for staff and customers. From Colin Marshall taking over as chief executive in 1983 up to Ayling’s arrival, there was a culture of putting people first – customers and staff. That went after Marshall stood down as chief executive.”

He says managers in their 50s were targets for redundancy because they had higher wages, offered greater cost-savings and could be shunted into early retirement in a pension scheme for longer-serving staff which is still in surplus, unlike the airline’s general pension scheme.

Eddington, who was badly burned by a pilots’ strike when he was at Cathay Pacific and was thought to have learned from his mistakes, would have been keen to avoid last week’s industrial action. Abeles says Eddington would not have known about a specific issue such as implementing a clocking-on system, which was why he was taken by surprise.

Inexperienced hand on the joystick

But it is likely that many of the managers responsible had not worked at BA for very long, and Abeles believes they showed a lack of experience and sensitivity in dealing with staff. “BA has brought in people who are inexperienced at airline management. The complexity of running an airline makes it different from any other industry,” he says.

He feels that BA will find it difficult to re-establish its reputation, and says it needs to address the perception that it does not care much about economy-class passengers. Its concentration on first and business class has put off economy passengers, but it is crucial for any airline to keep the cheaper seats filled if it is to make money.

In the case of Sainsbury’s, there is no immediate crisis to fight against, but rather a long-term perception that the chain is a little too upmarket, and maybe just a bit too expensive compared with rivals Tesco, Asda and Morrisons.

Verdict Research analyst Steve Gotham says: “The consumer market is evolving and moving away from the value proposition Sainsbury’s has elected to offer – which is based around quality, freshness, service and choice.” He says people tend to opt instead for lower prices, though Sainsbury’s got its fingers burnt when it decided to go down this route with the 1999 “value to shout about” campaign, with ads featuring John Cleese.

Heads in the clouds

Gotham says Sainsbury’s has spent a lot of money on glitzy store refurbishments, but that these just add to the impression of a high-cost supermarket, akin to Marks &amp; Spencer’s food offering, or Waitrose. Compared with the top grocery players, however, these are relatively small, upmarket operations, while Sainsbury’s has a mass-market infrastructure.

Neil Mason of Mintel adds that the chain has lost out on the high-margin non-food products so successfully sold by the likes of Tesco and Asda. The upmarket positioning of Sainsbury’s is not a good platform for selling non-food goods. Analysts are not optimistic that Sainsbury’s will be able to reconnect with customers, saying it is caught between two stools.

For BA, the events of the last week should serve as a lesson to all organisations: it is easy to destroy a reputation, but much harder to put it back together again.

BA has taken its current ad campaign off the air in the light of last week’s crisis. Now it needs to completely revamp its image, to move on from the “classy” British positioning, serving the interests of business class passengers and few others. No longer the exclusive airline of the super-rich who fly Concorde, the new flight-path for the BA brand needs to take it into a territory which is a little humbler, a little warmer and more welcoming of those who fly economy class. It needs to put customers right at the heart of its offer. But above all, it needs to avoid any further industrial action.