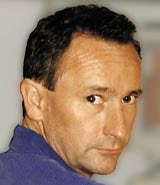 The explosion in financial services brands over the past two decades has provided a windfall for branding, design and advertising agencies as the banks struggle to differentiate themselves. But despite billions spent on advertising over that time and further cash poured into rebranding exercises, many doubt that financial services providers have managed to create powerful brands.

FCBi London executive creative director Dan Douglas says: “Banks and credit card companies have been some of the worst perpetrators of hype marketing. Blanket mailings, irresponsible claims, mis-selling, fat cats, meaningless makeovers and institutional language all scream ‘fake’ because they are advertising the fact that they are working to their own agenda, not the customer’s.”

Banking has changed beyond recognition, with new providers giving birth to Internet-only brands. Corporate design is easier for the new brands.

Sally Horrox, of design agency Finisterre, says: “Some of the new financial services providers – such as Sainsbury’s, Tesco and Egg – have more freedom in design than the traditional high-street banks. Money is quite an intimidating subject for a lot of people. When you go to a supermarket, you are more relaxed so those brands have an easier task.”

Horrox is amazed at how quickly a brand can become outdated. Designers, for instance, favoured lower-case letters for financial names, especially those with Web offerings, but are returning to initial capitals for names.

The cluttered environment of financial services mean that banks should focus on establishing a consistent brand across all channels as well as an innovative and differentiated point of view.

He praises NatWest’s re-branding following the integration of RBS and NatWest systems in a common platform. “The ‘Another way’ campaign was a means of establishing a point of difference by stating that the bank was going to focus on the things it does, and do them well. When design agency The Partners was commissioned to re-brand NatWest, this was done across all communication channels. They delivered a consistent branded environment at every conceivable consumer touch-point,” he says.

He also thinks Mastercard’s “Priceless” branding shows how a previously undistinguished brand can refocus on emotive themes that reflect its usefulness to customers. Its sponsorship of football is a constant reassurance and reminder of its presence and of the usefulness of the services it provides. “It’s a brilliant example of acquisition and retention through branding, sponsorship and sound business thinking,” he says.

Lloyds TSB is one to watch with its “Your life, your bank” strategy, says Hyatt. The brand has struggled to differentiate itself and show the value behind its black horse icon.

“The theme is founded on product and service innovation. Their total service offering is likely to change dramatically in the coming years, but because the value of its innovative offerings has consistently been undersold by a compromised branding strategy, the results are lacklustre,” says Hyatt.

Part of the problem is that brands may claim to be “turning banking on its head” (Abbey) but many customers still get frustrated by the lack of clarity in the way the products are communicated.

John Spencer, of corporate identity company Spencer Du Bois, says: “Financial management isn’t sexy. It never will be. Money is hard-earned and people care principally about whether they are getting the best deals. Branding will reinforce a quality service. But it will also undermine a poor one.”

He says that what people want from financial institutions is honesty and straight dealing. “Branding and design are all well and good, but if they don’t deliver what they promise, are unbelievable or are out of step with the heartfelt values and ambitions of the organisation, then they are simply cosmetic – lipstick on a gorilla,” Spencer says.

“Financial organisations are not sure whether they are supposed to be professional advisers or retail outlets. The fact is they are both and that’s where the problems begin.”

Design has a function

Marketers make the mistake of putting design before everything else. TDA managing director Heather Westgate says: “Instead, they need to get to grips with the internal workings of the brand (restructuring it if necessary) and then use design as a vehicle to communicate the brand values simply and effectively through all media.

“There is a belief system at the heart of any successful brand and the customer proposition needs to deliver to that,” she adds.

Paul Townsin, creative director of branding consultancy venturethree, says that where big sums of money are concerned, such as mortgages and pensions, trust and strength are bigger issues. “The consumer is more comfortable with the ‘proper’ banks with ‘proper’, well thought-through brands. It all gets a bit messy when one of these brands starts acting like a ‘disco vicar’ and loses its unique position and more importantly its customers,” he adds.

The new providers may be gobbling up some of the easy pickings, but cannot devour the whole lunch. Meanwhile, the old institutions will be left with the stodgy, more complex and frankly less appetising main course.

ITV is going back to its roots in drama and entertainment for its autumn schedule, after disastrous experiments with reality TV over the summer. It is to plough an extra £20m – part of the £135m annual savings in its broadcast licence fee that Ofcom recently sanctioned – into drama in the autumn. ITV1 will […]

A Crazy Frog carbonated soft drink, already on shelves in Ireland, is due to be rolled out to the UK within months. Created by Icon Distillers, the caffeine, taurine and ginseng drink will initially be sold in bars and could eventually target Red Bull’s market. Though not associated with Jamster’s Crazy Frog ringtone, the creators […]