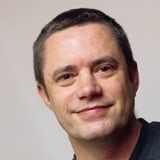 TV’s period of unquestioned dominance over mass audiences is truly over, and marketers must question the old assumptions about how TV advertising works

So, is worrying about the future of TV advertising just damaging “scaremongering” as Tess Alps, the new CEO of Thinkbox, the commercial TV industry’s joint marketing body, suggested recently? Perhaps. But here is another suggestion: the intellectual waters are being muddied as we slip and slide between at least three different questions:

â¢ What is the future for TV as a news and entertainment medium?

â¢ What is the future for TV advertising?

â¢ What is the best way for marketers to reach and influence their target consumers?

But now, question marks loom over every step in this series of linked assumptions. As we know, thanks to the audience fragmentation created by niche programming, it has become much harder to find mass audiences effectively. Meanwhile, new mass audiences are emerging elsewhere. Also, a deeper, structural shift is unfolding: as information overload sets in, so does attention poverty. As a result, bargaining power is slipping through the fingers of media owners towards attention owners: consumers.

Enter the mother’s love theory of media channels: if another one comes along, no matter! There will always be enough love to go around! TV was supposed to have killed newspapers and cinema off years ago. But did they die? Of course not.

The economics of competition

But attention is not the same as mother’s love. Attention is a finite resource. Thus, circulation of Sunday national newspapers has more than halved since the 1950s, with dailies’ down by a third. Is that evidence of rude health? Likewise, in the ten years after TV was introduced in the US, cinema box office receipts fell by 40% and audiences fell by 50%. So forget cosy theories of mother’s love and focus on the real economics of competition: when a new entrant emerges, which functions does it replace with something better/cheaper; which functions can it not deliver; where is there potential symbiosis?

Cinema survived because it learned to focus on functions TV wasn’t so good at, such as “a special night out” and stardom/celebrity, plus a nifty bit of symbiotic repositioning in the form of video rentals. Likewise, newspapers reinvented themselves as sources of comment and analysis (a function TV was less good at), plus symbiosis in the form of endless TV-related content. So both survived, but only by reinventing themselves to fit the shadow of the new dominant player.

In his Marketing Society lecture earlier this year, Professor John Naughton criticised the notion of “endism” – the idea that the rise of one medium means the end of another. But he went on to talk of ecosystems, where every species has to survive in an environment created by the actions of other species. In any ecosystem, if a new dominant species emerges, every other species has to renegotiate all its relationships to carve out a new role for itself. Right now, the internet is challenging TV: replacing some its functions, not replacing others, while also offering new opportunities for new forms of symbiosis. So no, it’s not “the death of” TV, but it is the end of unquestioned dominance.

Audience does not equal attention

So that’s the first assumption, that TV equals audience. What about the next one, that audiences equals attention?

TV advertisers have always had to accept that buying airtime is not the same as buying audience attention to advertising. There has always been the “loo-break” factor of people using ad breaks as an opportunity to do other things. But as long as this was a constant, it was not a problem. However, with the emergence of ad-skipping PVRs and on-demand programme downloads, we have a new issue. What exactly are advertisers paying for when they buy airtime?

Which takes us to the third assumption: that attention to ads equals influence. Leaving aside hoary old debates about whether and how TV advertising works, the new environment is generating different answers to the question: where are consumers going for the information they use to make purchasing decisions? If, for anything other than routine and impulse purchases, consumers are migrating to the internet as their first port of call for decision- influencing information – searches, price comparison sites, product review sites, peer-to-peer recommendations and forums, and so on – how does that affect the role of TV advertising?

According to recent AOL research, for example, 50% of consumers change their brand preferences as a result of going online in search of relevant information. The terrifying thing for TV executives and ad agency chiefs is that this has nothing to do with TV itself. It has everything to do with the context in which TV operates – a context over which they have no control. Remember, as far as marketers are concerned, the question is not “is TV a good way to reach and influence target audiences?” but “what is the best, most cost-effective way to reach and influence these audiences?”.

Here, we get to the heart of it. The essential question for marketers always has been “how best to connect with customers?” For decades, it was synonymous with “where is TV advertising going?”. But now the link is weakening.

Debating the future of TV advertising is fun. But it’s not the same as answering that critical “how to connect?” question. Your brand’s particular answer may involve loads of TV advertising. Or none. It doesn’t matter. What matters is that we embrace the need for a rethink. From basic principles. And that’s a good thing, not a bad thing.