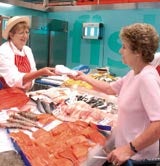 The increasing number of working women has created a shift in traditional gender roles in today’s households. As their contribution to domestic income has become more important, so has their ability to influence spending and big purchases.

A recent report by Future Foundation nVision called Changing Lives reveals that attitudes towards household decision-making have changed significantly over the past decade. It shows that the proportion of heterosexual couples in which the man has the final say in big financial decisions has fallen from 25 per cent to 20 per cent.

However, the data shows that shared decision-making is the trend to watch as about two-thirds of couples aged 25- to 54-years old claim to have an equal say in financial decision-making. Although the report also notes that household insurance and mortgages are still most likely to be handled by the male partner.

Future Foundation’s research also looks at the overall balance of control across other types of household buys. It shows that the commonly held view that men tend to handle the big purchases is not true. For products such as the family car and audio equipment, which it is assumed would be male-dominated decisions, it is more common for couples to have an equal say. Indeed, when it comes to the family holiday, women tend to control this decision if it is not a shared one.

This change shows that while there is a gradual shift from male to female control of the big purchases, the smart marketer should accept that in most cases it is necessary to sell the product to both partners at once, whether it is a car, a holiday or a television.

When it comes to grocery shopping, the British Household Panel Study, which is carried out by Institute of Social and Economic Research, shows that there was a gradual increase in male participation during the Nineties. However, women still have the main responsibility for shopping in 47 per cent of couples, compared with 11 per cent of couples where men do it. The number of women handling the shopping has declined by three per cent over the past ten years, while there has been an increase in shared and male responsibility.

These figures are attributable to the fact that many couples go grocery shopping together or that male grocery shoppers often go with a list written by the partners. This clearly shows that women should be the principal target for all packaged goods brands.

The increase in equality and the sharing of major financial decision and buys is attributable to the growing financial independence of today’s couples. The scope for individual freedom of expenditure has increased significantly, as increasing affluence has widened the scope for discretionary spending in general. Future Foundation’s research shows 62 per cent of couples agree that aside from joint expenses, everyone has the right to spend their own money without asking their partner first.

There are a number of markets such as clothing that will benefit from this independent spending, although this finding is not consistent across the different age groups. Among couples aged over 65, a majority of men say their partner has at least an equal influence in the clothes they wear. This is lower in couples aged under 45, with only 19 per cent of men claiming that their partner mainly chooses their clothes for them.

On the other hand, none of the women surveyed by Future Foundation said that their partner always chooses their clothes and a very small number indicated any more influence than an equal say.

The relationship between equality, shared decision-making and independent spending is a complex one and does vary depending on what is being bought. The traditional assumptions about gender roles and spending no longer apply to consumers, so marketers should increasingly look at whether a product will be bought from the common purse or independently as an indicator of who to target.