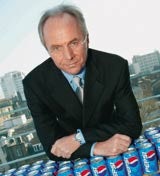 The relationship between sporting rights-holders and their sponsors can sometimes resemble a tug of war rather than a team effort. But in a difficult sponsorship market, sponsors are finding that sports bodies are willing to accept criticism and cede some power. For instance, the England &amp; Wales Cricket Board (ECB) has come under fire from sponsor npower about its lack of leadership (MW last week).

Life is no easier for the besieged Football Association, where one source close to the FA says sponsors are likely to be horrified by the scandal that has undermined coach Sven Goran-Eriksson’s position and seen the resignations of chief executive Mark Palios and communications director Colin Gibson.

Npower head of brand Kevin Peake says the company will not renew its sponsorship, which is due to expire at the end of this season, with the ECB until a media rights deal that it is happy with is struck with the broadcasters.

Negotiations are unlikely to happen until a new chief executive is appointed. Not unreasonably, npower wants to guarantee maximum television exposure for its money and is happy to keep the ECB waiting. The utilities company has stepped in before and vetoed a sponsorship deal with the Carphone Warehouse on contractual grounds (MW February 5).

Meanwhile, an FA insider worries about the value of the “tarnished” FA brand, and how this will damage the organisation’s bargaining position when it comes to renegotiating its &£20m deals with Carlsberg, McDonald’s, Nationwide, Pepsi and Umbro (MW last week). The contracts run until 2006, but the renegotiating period is expected to kick off imminently.

The sponsors have publicly supported the FA this time, although it is less than a year since Umbro broke ranks to speak out over how players’ behaviour could damage its brand (MW October 16, 2003).

Paul Barber, former FA marketing director and now chief executive at Ogilvy PR, says sponsors are likely to have a role in choosing the next chief executive. Last year, when Barber was running against Palios, the five sponsors were consulted by the headhunters on the shortlist of candidates.

Britvic Soft Drinks category director Andrew Marsden had no comment on whether the company would be consulted on the next chief executive, but says he would expect to be kept informed. Britvic distributes and co-markets Pepsi in the UK.

In the past, sponsors have managed to shake things up at the FA, such as when former Nationwide marketing director Mike Lazenby sparked off events that led to the axing of England manager Glenn Hoddle in 1999. The catalyst was Hoddle’s unfortunate disparaging remarks about the disabled.

The FA is more in thrall to its sponsors than many governing bodies, says Tony Simpson, chief executive of agency SP Active, because of the importance of money to the financially bereft organisation. But he believes the FA has gone too far by delegating responsibilities for running the game to its partners, with Nationwide, for instance, charged with helping to look after women’s football.

Matthew Osman, director for agency Red Mandarin, says there are other notorious examples in football of where rights-holders have ceded control to their sponsors. Famously, Osman says, Nike allegedly put pressure on the Brazilian team to play an evidently unfit Ronaldo in the 1998 World Cup because the player was the company’s global marketing icon. Brazil lost the match.

Ben Pincus, chief executive of sponsorship agency The Works, also points to Formula One, which has moved races out of countries with tobacco sponsorship bans. Such moves have been driven by the desires of cash-rich team sponsors such as BAT and Philip Morris, he says. Red Bull is another sponsor which has used the weight of its sponsorship in helping to select a Formula One driver.

Travelex head of group marketing Anthony Wagerman says that the key to any sponsor/rights-holder relationship is trust. Travelex expects a “high level of communication” regarding its sponsorship properties, but ultimately trusts the organisations to make their own choices.

The most effective relationship, says Britvic’s Marsden, is when the objectives of the sponsor and the rights-holder meet to such an extent that they become synonymous with each other, such as with Stella Artois and the Queen’s tennis tournament.

He says examples of a poor power balance range from the basic “badging” sponsorships, which are normally organised by a rights holder with little input from the sponsor, to sports so desperate for money that they will change anything.

The key, he says, is to meet in the middle where both parties have their interests satisfied. Otherwise, the relationship between the sport and the sponsor is likely to be as fractured and ultimately unhappy as that between former secretary Faria Alam and the FA.