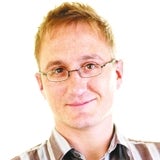 Twenty years ago, ’greenness’ was associated with hemp-wearing hippy types. But today, governments are committed to controlling climate change, and many mainstream organisations have an environmental and social responsibility policy.

With this in mind, we decided in September to investigate what UK consumers really think and feel about environmental issues.

The study looks into how consumers’ attitudes towards the environment influence their spending, their views on corporate responsibility and their everyday life. (Click here to see a video and tables showcasing the research results).

Our survey indicated that UK consumers have fairly grave concerns on a number of issues, ranging from pollution, through to animal welfare.

But who is really behind these concerns? The younger generation has come under criticism in recent years for showing a lack of consideration towards the environment and our research backs this up. Younger consumers are indeed typically less concerned about these issues than older consumers. There is also a gender divide, with men generally being less concerned than women.

Recycling was by far the most popular action, with 81% claiming to do this. When asked to what extent their purchasing habits are affected by environmental and sustainability issues, 3 in 5 agreed they tried to avoid over-packaged products, but only 28% tried to buy organic whenever possible.

Consumers were asked for their opinion on this point of banks, food retailers, utilities companies, food and drink manufacturers, clothing and electronic manufacturers and charities. Aside from charities, it was the utilities providers and food retailers who were held in the highest regard. Banks and clothing manufacturers were deemed to be taking their responsibilities seriously by only 1 in 4 respondents.

Four out of 5 consumers feel the government should be doing more to force businesses to become socially and environmentally responsible. Women and younger consumers tend to be more in favour of greater government regulation than men and those aged 45 or over.

So which brands do consumers feel are the best performers when it comes to corporate social responsibility? The top performer was The Co-operative – 1 in 10 respondents spontaneously mentioned this brand as an organisation that is leading the way in terms of good environmental and social policies.

It’s not surprising that BP was the company most commonly mentioned for having a poor image in terms of environmental and social responsibility. Primark was in second place, a result driven by females rather than males. However, 68% of respondents couldn’t think of a single brand which they felt is leading the way.

One reason for this could be that there is a perceived lack of information about what organisations are actually doing – almost 3 in 5 respondents felt there is insufficient information available on the topic.

When asked if the same product was available from two companies, and both companies were equal in all respects except that Company A had a good reputation for its environmental and social policies and Company B had no reputation in this area; not surprisingly, 9 in 10 said they would be more inclined to buy from Company A. Females and respondents aged 45 plus were significantly more inclined than males and younger respondents.

And, of the 9 in 10 respondents who would be more likely to opt for Company A, half said they would be willing to pay more money to buy from this company.

As media coverage increases and the pressure on individuals mounts, it will be interesting to see in future surveys whether this translates into greater environmentally friendly action on behalf of consumers.

There is no doubt that ’green’ issues are to become an increasingly important element of the marketing mix, the questions is… how long will it take before they become a ’hygiene’ factor?