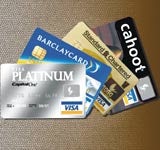 Competition in the UK credit card market has become increasingly intense over the past five years, despite fears of market saturation. Datamonitor’s latest research found that one result of this trend has been the emergence of flexible card issuers – such as Virgin, Accucard and Cahoot – that allow customers to determine the features of their credit card, from colour scheme to interest rate.

In the UK, flexible cardholders can, for instance, choose to pay an annual fee as a trade-off for a lower rate of interest. Alternatively, they can opt for a higher rate of interest and in return gain access to the credit card issuer’s reward scheme. Customers wishing to change their card’s features need only contact their card issuer and ask for the features to be changed. In addition to the emergence of flexible credit card schemes, Datamonitor found that a number of other key market trends are visible.

US companies, such as MBNA and Capital One, have entered the market utilising aggressive low interest rate strategies and catering for higher credit-risk consumers.

Interest rates have fallen considerably over the past five years. They remain the most important characteristic, albeit not the only one, that credit card issuers use to compete.

Virgin and Accucard are the two primary examples of flexible credit card issuers in the UK. However, Cahoot also offers three credit card options and allows its customers to change between options freely. It is no coincidence that issuers operating in the flexible credit card space are new entrants. Using flexibility as a differentiator enables these entrants to establish a niche in a highly competitive sector.

The increasing availability of low or zero percentage introductory offers has been another outcome of the intense competition in the UK credit card market. Issuers such as Egg have built large customer bases, partly as a result of their introductory rates. Yet introductory rates are often criticised as contributing to cus

tomer churn. Customers attracted by lower rates may not continue to use the card once the introductory rate period has ended. Indeed, customers may continually transfer balances between issuers to take advantage of introductory rates.

Flexible credit card issuers argue that by allowing customers to determine features of their card they create greater affinity towards the card. This results in higher levels of usage after the first few months and lower rates of customer churn.

In addition to the product offering, Datamonitor believes that branding is key to customer uptake. Hence, it is useful to judge card issuers on the strength of their brand. As the market leader, Barclaycard has the strongest brand, while companies such as Egg and Virgin have forged reputations as consumer champions and as pioneers in the financial services arena, two characteristics that are likely to generate respect among some consumers.

If anything is likely to harm the brand appeal of issuers such as Virgin, Cahoot and Egg, it is that they are based online, and hence may only appeal to a certain section of the population.

On the one hand, flexible credit cards are already creating waves in the credit card market by differing from the norm and offering potential for the incorporation of further flexibility in the future. On the other hand, there is a risk that flexible credit cards are making misjudgments about consumer interest in their finances; and that in terms of a competitive product offering, are a well-packaged, but not market-leading product.

To ensure that flexible credit cards enjoy maximum possible consumer uptake, Datamonitor believes that issuers will have to invest heavily in consumer education. They will also need to ensure that any new types of flexibility developed are in keeping with consumer demand. For instance, for lesser-known issuers co-branding initiatives are likely to account for a large proportion of future growth.