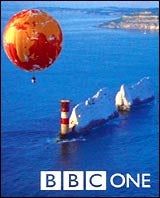 As the Government ponders how best to merge the various watchdogs and regulators that preside over the UK broadcasting and communications business, there is one thing – and only one – on which almost everyone in the industry agrees: the BBC’s board of governors is an outdated and anomalous institution that ought to be done away with or, at the very least, emasculated. (The main dissenter is, of course, the BBC.)

At the weekend, one newspaper suggested that this notion has Government backing on the grounds that the governors – who are meant to regulate and monitor the corporation – are part of the BBC rather than independent of it.

In gaining such universal approval, the proposal stands almost alone amid the tonnes of submissions that have landed on the desks of civil servants at the Department of Trade &amp; Industry and Department of Culture, Media &amp; Sport. They have been given the joint and thankless – some would say impossible – task of drawing up a White Paper on the Reform of Broadcast &amp; Communications Legislation. They – and the paper – are already looking distinctly green.

Strangely, none of the submissions published to date has pointed out this process’s logical progression, namely that – in the true spirit of convergence – the two ministries should merge to form the Department of Culture, Industry, Media, Sport &amp; Trade. The BBC governors are not alone in fearing for their future.

All of the regulatory bodies and watchdogs – and their board members, chief executives, directors and other staff – are potentially in danger of being swallowed up by a new, streamlined “Ofcom”. According to one estimate, the eight main broadcasting and telecoms regulators cost almost £30m a year to run. Their rationalisation could bring about real financial savings, as well as less confusion and duplication.

Besides the BBC board of governors, the bodies affected include Oftel, the Independent Television Commission (ITC), Radio Authority (RA), Broadcasting Standards Commission, Welsh Fourth Channel Authority, premium phone call watchdog ICSTIS and, arguably, even some self-regulatory bodies with statutory backing, such as the British Board of Film Classification and Advertising Standards Authority.

Some of these organisations will fight to the bitter end to ensure their survival. Others that are more realistic, foolhardy or simply less well-placed are acknowledging that, whatever shape the new system of regulation takes, their identity – if not their functions – will be lost.

In a radical document that proposes lifting many radio industry restrictions, the RA argues that it should be replaced by a “sectoral radio regulator… within an over-arching, converged regulator for media and telecoms”.

Will the ITC and Oftel offer to sacrifice themselves for the good of the regulatory system? Even if they don’t, they seem certain to call for an end to the BBC governors, as everyone else has done.

“The RA is concerned at the anomalous position into which the BBC is being forced… In highly competitive markets, major operators must not be both players and regulators… For this reason, if no other, external regulation of the BBC is required.”

The Commercial Radio Companies Association says: “All radio, including BBC Radio, should be regulated by a single radio regulator.”

ITV argues that “The BBC should be regulated as other broadcasters, within the same regulatory framework.”

“The National Consumer Council emphasises the need for a single communications regulatory authority – Ofcom – to deal with content and economic issues across the sector. The BBC should be regulated within this authority.”

Elsewhere, the Institute of Practitioners in Advertising argues: “A single regulator must be responsible for determining the remits of both commercial broadcasters and the BBC.”

Almost alone in the evidence submitted in the review, the BBC stands up for its present form of regulation: “It is because the BBC’s role, remit and the environment in which it exercises them are unique that the unique structure of governance established by the Royal Charter is warranted. The board of governors, which underpins the BBC’s remit, ensures that the BBC remains focused on the public interest, independent of political or commercial pressures, and guarantees the freedom to innovate.”

Yet there are rumours that a compromise is being prepared that would ensure the survival of the governors’ role as guardian of the BBC’s remit, while allowing programming output and economic decisions to be regulated independently – on the same footing as commercial rivals.

It is still early days, but there seems to be a growing consensus behind the idea of a single regulator for matters of content, overseeing different standards in different media.

A sliding scale of “public service” and “taste and decency” requirements would give the publicly-funded BBC the greatest obligations, followed by Channel 4 (which is not required to make a profit), then ITV, Channel 5 and commercial radio. Further down the scale would come cable and satellite channels, then websites.

Those dissenting from this idea include commercial radio and its regulator, which fear radio would suffer if it was lumped in with TV (as it was under the old Independent Broadcasting Authority). The fact that the much-criticised BBC governors have managed to oversee both radio and TV may not help their argument.