In an interview with the Wall Street Journal, Whole Foods chief executive John Mackay aimed to set out the chain’s plan to focus more heavily on promoting a healthy diet and lifestyle, but ended up admitting that the chain has strayed from its roots and its stores currently sell a range of unhealthy foods.

Intended as a rallying cry to boost the revival of Whole Foods reputation as a healthy food retailer, Mackay’s comments have been seen as a corporate blunder likened to Gerald Ratner’s that devastated his jewellery empire in the early 90’s.

He is reported by the Wall Street Journal as saying; “Basically, we used to think it was enough just to sell healthy food, but we know it is not enough. We sell all kinds of candy. We sell a bunch of junk.”

Mackey also outlined plans for a campaign that would show Whole Foods leading by example and encouraging its staff to improve their health.

Whole Foods came to the UK in 2007, opening its flagship store in the old Barkers building in London, Kensington. It also operates several smaller organic food stores under the Fresh and Wild fascia. 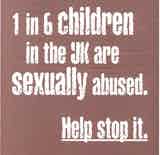 Crossroads Care, Britain’s leading carer-support charity, has undergone a brand refresh and for the first time launching marketing activity in a bid to raise its profile.