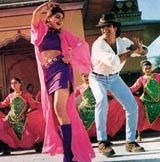 From Bollywood films and curries, to black-influenced urban fashion and music, ethnic minorities are visible everywhere in the British mainstream. But a recent Whitehall report has criticised commercial advertisers for not being inclusive enough of the UK’s ethnic population.

The report, which looks at media consumption and portrayal of cultural identity in this market segment, says most commercial advertisers show ethnic minorities in a stereotypical and caricatured fashion (MW last week).

The new study follows similar research in the Images of Disability annual report that the Government unveiled last year. At the time, the minister for disabled people Maria Eagle, urged marketers and agencies to make more frequent and prominent use of the disabled in advertising campaigns.

The Government now plans to examine the media consumption of other minorities – such as pensioners and students – as well as BME groups.

The COI is seen to be almost duty-bound to target minority groups, especially as it campaigns to inform, and to change attitudes and behaviour. Some brands, too, have acknowledged the demand for socially inclusive marketing.

Campaigns that stand out for successfully targeting minority groups include the M&C Saatchi Freeserve campaign, starring model and athlete Aimee Mullins, who was born disabled. A recent example is the Abbott Mead Vickers.BBDO’s BT ad, which shows a deaf woman using a videophone.

The Halifax “Howard” campaign, featuring a black member of staff, and the recent Pampers baby wipes campaign with its white, black and brown babies, are both seen as catering for the needs of a multicultural society without being perceived as token ads with black or brown faces.

But the Government thinks such instances are too few. COI deputy chief executive Peter Buchanan says: “When it comes to communicating with the ethnic minorities, commercial advertisers have largely missed the boat.”

For instance, the COI’s research talks about the Chinese community feeling left out of the mainstream media because they think the only time a Chinese person is shown on television is when trying to sell noodles.

Buchanan adds that campaigns targeting ethnic minorities do not always need to use specialist media. He says mainstream channels reach large sections of these communities because such groups share many interests and media habits with the general population.

However, one advertising industry insider points out some of the dangers when communicating with the minority groups of a society. “Nobody wants to be accused of ghettoising any notional sub-group – ethnic or otherwise. But, because advertisers shy away from this issue, they are easily trapped into tokenism when trying to present appealing images that include minority groups, and then they end up using stereotypes,” he says.

For instance, a Chicken Tonight ad was pulled off air after the Hindu community claimed the campaign ridiculed their religion. The TV ad showed a woman sitting and chanting “om dina om” to a ready-to-cook chicken.

But managing director of TBWA/London Jonathan Mildenhall says he welcomes the use of stereotypes in advertising. “Every trend gets broken after using stereotypes, and that is the first step in the short term when trying to break the mould,” he explains.

Mildenhall says the advertising industry needs to educate clients about the potential of inclusivity, “whether it’s about trying to attract the pink pound or the grey pound, or target ethnic people.”

The answer, says Mildenhall, could lie with specialist agencies, as they can help advertisers who As an example of faulty thinking he points to the use of Bollywood troupes – the all-singing, all-dancing ensembles – when trying to depict anything Indian.

Anjna Raheja is the managing director of ethnic marketing specialist agency Media Moguls, one of the agencies on the COI BME roster. She says: “The problem is trying to get advertisers to understand that different social habits exist and it is then that the role of specialist agencies becomes very important.”

The Government is hoping to pass on its learnings to commercial advertisers. While not all advertisers will wake up to the benefits of more culturally sensitive communications overnight, the realisation that inclusivity might help brand owners to fill up their coffers could act as a strong incentive.

Many brands use the ’emotional sell’, but ads that support this approach are often so sickly sweet they only serve to alienate consumers, argues Sean Brierley