Let’s take the iPhone, and follow the stream of money from its origin of an initial consumer purchase all the way to the ocean that represents Apple’s incredible profits.

Our journey begins with a consumer who heads into O2, Vodafone or another network provider to purchase a new iPhone 3GS. If Apple was any normal company it would now expect to give away up to 15% of its revenues in margin for the retailer. But Apple’s brand strength combined with the latent threat of its own retail stores means it usually sells its products to retailers for virtually the same price as they will charge their consumers. That’s right – zero profit for the retailer. Apple can do this because it is a destination brand that every retailer wants and one that often confers lucrative peripheral sales.

But, amazingly, it’s even better than that when Apple sells its iPhone through mobile phone operators. Apple sells them the iPhone for about £400 and then they discount it and sell it on to their consumer for £190 plus a two-year contract. The contract is crucial for the operators because they will not make a profit on their iPhone consumer until month 16 or 17 of their contract.

Mobile phone operators like Vodafone and O2, which pride themselves on their marketing competence and brand equity, actually blew their own markets years ago. By offering the same phones as their competitors and killing their differentiation with promotional tariffs, these operators rapidly and efficiently turned themselves into commodities. Now they are paying the price with deals on the iPhone that mean they take all the risks while Apple gets all the immediate revenues.

So Apple enjoys £400 of revenues from each iPhone its operators sell. Obviously this is not pure profit. There are components in every iPhone that Apple must purchase from its suppliers. Thanks to a series of “teardowns” by geeks we now know that the most expensive component in an iPhone is the flash memory card that Toshiba sells to Apple for £17. It’s downhill from there and the total combined cost of all the components in an iPhone comes to a miserly £124. Buying power and economies of scale mean that Apple retains, at this point, a whopping £276 after all the parts have been accounted for.

Of course, these components must then be assembled. If you own an iPhone, take it out and have a look at it. About three-quarters of the way down the back you will see two sentences in a tiny, almost illegible font: “Designed by Apple in California. Assembled in China”. The total cost of this Chinese assembly is about £4.50. Apple is able to keep manufacturing costs low because the majority of iPhones are assembled by Foxconn at its enormous Shenzhen production plant. Foxconn pays its workers £200 a week and expects them to work intensively for hours, with no interaction with others and often with many additional hours of overtime expected at the end of each day.

The result for Apple is that 1% of its retail price for the iPhone covers its complete manufacture. The implication for Foxconn’s employees is less advantageous; more than ten of its young workers have taken their own lives so far this year and the company is now at the centre of a global ethics scandal.

The remaining £275 is still not profit for Apple. We must also account for the company’s selling, general and administrative (SG&A) expenses – meaning all its additional salaries, advertising and other operational costs. We know from its annual report that Apple’s current SG&A is 12% of revenues. So for each iPhone sold, we must now subtract £48. And there, finally, the journey ends. About £227 out of every £400 iPhone sold goes into Apple’s profits and eventually on to its shareholders in the form of a dividend.

Low manufacturing costs combined with even lower consumer price sensitivity mean Apple enjoys gross margins of about 60%. To put that in perspective – it’s in a league of its own versus formerly dominant manufacturers like Nokia (33%) and Sony Ericsson (8%). It’s a profit that even challenges the nascent rise of China as an economic superpower. Unless the Chinese can build their own brands, they will be forever constrained to do the bidding of foreign companies and to continue the low margin manufacturing businesses that have, as yet, dominated their industrial operations.

For marketers, this long journey once again reinforces the ultimate advantages of building brand. Your consumers are numerous and price insensitive. Your profits are huge. Your differentiation is ensured. Your retailers are humbled and controlled. And your business, as Apple ably demonstrates, thrives.

Hearst Corporation, parent company of Nat Mags’ titles Esquire and Cosmopolitan, is to buy digital marketing agency iCrossing in a deal worth an estimated $325m (£221.4m). 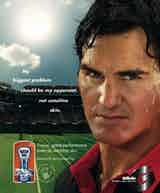 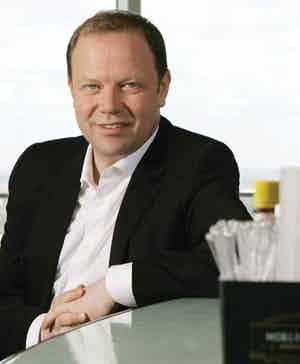