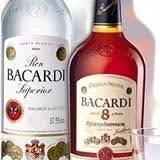 Social networking is to play a core role in Bacardi’s new ‘You In?’ global marketing campaign, which starts in the UK at the beginning of August (MW last week).

Although traditional media – television, cinema and poster advertising – will be important to the ‘celebrity-free’ campaign, interactive media – online and interactive TV – will be integral to the push, with above-the-line work aimed at driving the target audience to the www.bacardi.co.uk and www.youin.co.uk websites.

The campaign breaks on August 1. The new TV ad, ‘Don’t Let the Day Get Away’, features Bacardi drinkers moving up an apartment block to get the last rays of the setting sun. A second TV ad, ‘Swimming Upstream’, features two men who have been dared to run the New York marathon the wrong way, dressed as salmon.

Created by Rainey Kelly Campbell Roalfe/Y&amp;R, with media buying through Universal McCann, the campaign is worth &£8m for the UK alone.

In addition to the TV ads, which will also run in cinemas, there will be posters, and a viral and ‘word-of-mouse’ campaign, focusing on social networking sites such as MySpace and Bebo.

Figures just released by Nielsen/NetRatings show why brands are excited about the possibilities offered by such sites. In April, MySpace – bought by Rupert Murdoch’s News Corporation last year for $580m (&£313.1m) – and Bebo were the fifth and sixth biggest brands online in terms of total web pages viewed in the UK: MySpace had 2.84m visitors and Bebo 2.16m.

As Andrew Carter, marketing director for Bacardi Brown-Forman Brands, which markets Bacardi in the UK, says: “Our goal is to generate consumer affinity with Bacardi and ensure we are engaging our core consumers.” Carter adds that the new ‘You In?’ campaign is about “embracing individuality and a free-spirited approach to life”.

James Murphy, RKCR/Y&amp;R’s chief executive, says: “This is an invitation to be a part of things, but not in an exclusive way. It’s not a club – that’s the domain of the premium vodka market.”

There are other reasons why Bacardi and rival drinks makers have dropped their once-heavy reliance on TV ads featuring famous faces, and switched to using unknowns to create buzz through interactivity. Regulators have been cracking down on celebrities in ads. Bacardi acknowledges that this was one of the reasons its ‘Latin Quarter’ campaign featuring Vinnie Jones had to be canned.

Alcohol brands are now banned from using a wide range of tactics, including any appeal to the under 18s and any use of personalities who might appeal to this age group. Interestingly, British actor Colin Farrell orders a Bacardi Mojito in forthcoming movie Miami Vice.

This might cause some problems for alcohol brands trying to use social networking sites, however, as they have a heavy bias towards teenagers and young adults. As Nielsen/NetRatings points out, 54% of Bebo’s audience is under 18, compared to 31% for MySpace.

The issue is compounded by the fact that the bigger drinks companies – such as Bacardi – will want to run global campaigns, as with ‘You In?’. Yet the age at which consumers can buy or consume alcohol vary widely from country to country – hence Bacardi refers to its core target market for the new campaign as “LDA to 24”, standing for Legal Drinking Age.

Interactive marketing experts warn that alcohol brands must tread carefully in their use of interactive media, given the bias towards teenage and young adult users. Otherwise, they could find the regulators on their backs all over again.