The term ‘family business’ might conjure up images of a quaint little corner shop or a father and-son plumbing firm, but some of the UK’s biggest companies are family brands and marketing them as such can deliver competitive advantage, according to new research.

The Institute for Family Business (IFB) finds that 54% of family firms in the UK consider their family status an important part of their marketing strategy, and the majority (64%) believe promoting the company as a family brand is beneficial to growth and reputation.

Boosting trust is the main reason for doing so, according to 81% of respondents, followed by 70% who say it contributes to social responsibility, 68% who think it reinforces the perception of quality and 67% who believe it puts customers at the heart of the business. Two-thirds also believe it improves their corporate reputation.

Bakery brand Warburtons, a fifth-generation family business that is today run by cousins Jonathan, Brett and Ross Warburton, has used its family identity in advertising on and off throughout its 139-year history. It has used taglines such as ‘we care more because our name’s on it’ and recently ‘from our family to yours’.

“All our advertising at the moment also features our chairman Jonathan [Warburton], which helps us move away from being a faceless corporation and shows consumers the real people behind the business,” says marketing manager Sally Stanton.

In its biggest TV campaign to date, Jonathan Warburton stars alongside Hollywood actor Sylvester Stallone in ‘The Deliverers’, an action movie-themed ad that aims to convey how far the brand will go to deliver bread.

“Consumer distrust in big brands is a key market trend, so in that environment a family business really does have a platform to play from,” adds Stanton. “It comes down to trust and authenticity. Having Jonathan at the forefront of our campaign really helps with that messaging. It helps with our credibility and believability as a brand.”

It is a strategy that is paying off considering a quarter of all the bakery products consumed in the UK are produced by Warburtons. That achievement makes it the biggest bakery business in the country by sales and the second largest grocery brand overall after Coca-Cola, having doubled its turnover between 2001 and 2011.

“Communicating your family identity as a business is an opportunity to create competitive advantage and give your business a bit of an edge in today’s market,” says Mark Hastings, director general at the IFB.

Family-owned companies account for up to 60% of all firms in the UK, generating almost £1.1tr in private sector revenues, and contributing 32% of total private sector GDP and 25% of total UK GDP, according to the IFB Research Foundation.

Hastings says: “Consumers want to connect with brands they believe are aligned with their own beliefs”, which has “undoubtedly” led to more businesses playing on the fact they are a family brand.

That is one reason why bookmaker Betfred is featuring owner Fred Done in its latest campaign, according to head of media Mark Pearson, as it “adds a point of differentiation” against competitors such as Coral, William Hill and Ladbrokes.

“In many respects you’re having a bet against one man and his wallet, so [having Done in the ads] does help to build trust and integrity, which is at the heart of our business,” he says. “It helps customers bond with us because having Fred as the figurehead of the company means we’re not just a faceless corporate monster.”

Promoting the family is not without its risks however, such as increased scrutiny as a result of enhanced visibility, and even public harassment if a scandal arises, which can affect the reputation of the wider company.

“You can’t do this casually,” warns Hastings at IFB. “You can’t just stamp the word ‘family’ on your website and think ‘job done’. It has to be a real bottom-up approach to how you do business.

“Personal profiles and exposure are going to increase and that then talks to the behaviours of the family as well, so they need to be exemplifying the values of the brand. In other words it needs to be a real root-and-branch strategic exercise rather than a flash-in-the-pan marketing puff.”

However, Warburtons’ Stanton says that in general the advantages outweigh the risks. “Sometimes [the family] do get attacked on a personal level as personal decisions that individuals make can’t be separated from the brand, so there have been a few instances where we have had small issues but it doesn’t make a mark compared to the positive benefits,” she says.

Stanton believes that in order to truly resonate with consumers, being a family business must go beyond marketing so that it is built into the strategy and touches every layer of the business.

“Jonathan is heavily involved in advertising; Brett is very much involved in quality and champions the production side of the business and the ethos of continuous improvement; and Ross is highly skilled in the financial area, so as a family they work together really well,” she adds.

Having a business that is family-run rather than simply family-owned is also shown to resonate more with consumers. Scotch whisky business William Grant & Sons, owner of the Glenfiddich distillery, undertook extensive research before launching its ‘Family run since 1887’ strapline in 2013. It showed that the notion of family management, rather than simply ownership, adds a huge amount of value, particularly in Asia.

Wally and Debbie Fry, owners of vegetarian food business Fry’s Family Foods have also ensured the family is heavily involved in the day-to-day running of the brand, with their three daughters and two sons-in-law also involved in the company.

However, marketing director Tammy Fry Kelly says there was no plan to put so much emphasis on family when her parents created the company. She says: “[Mum and dad] were not focused on developing or creating a brand. That happened organically. We are an ethical, family-owned business that exists for a purpose and will continue to focus on making products that allow people to make the switch to more plant-based foods easily.”

This idea of purpose is a real draw for consumers today too, according to the IFB’s Hastings. He says: “Consumers want brands that are aligned with their own values and have an underlying authenticity about them, so they are not seen as commoditised products but conviction products.” 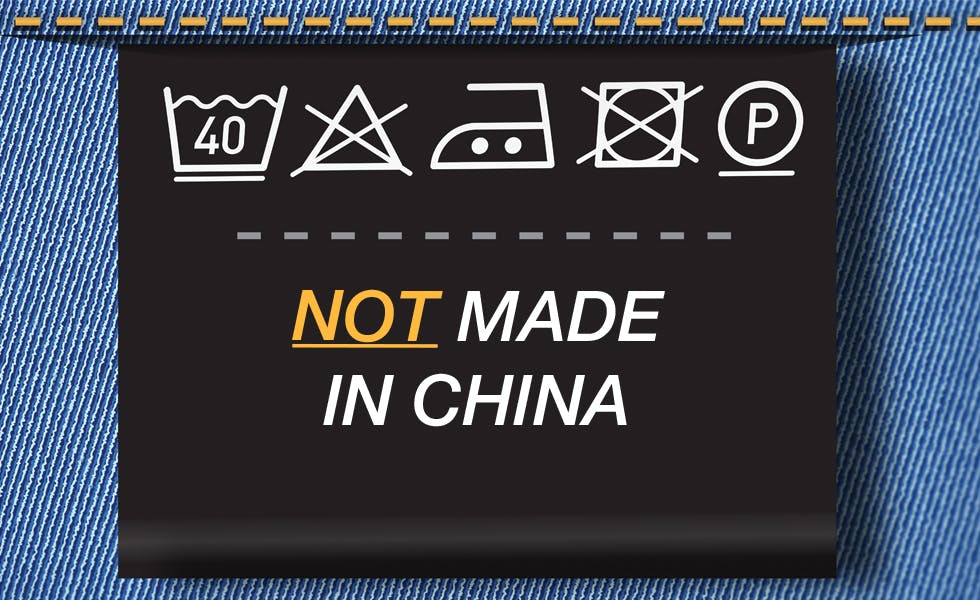 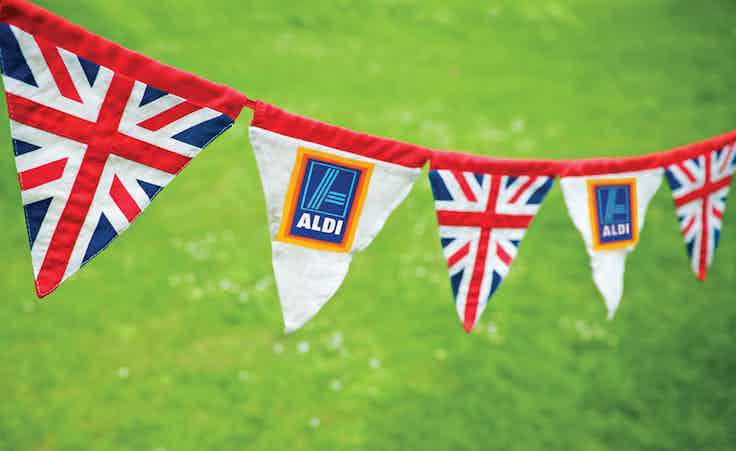 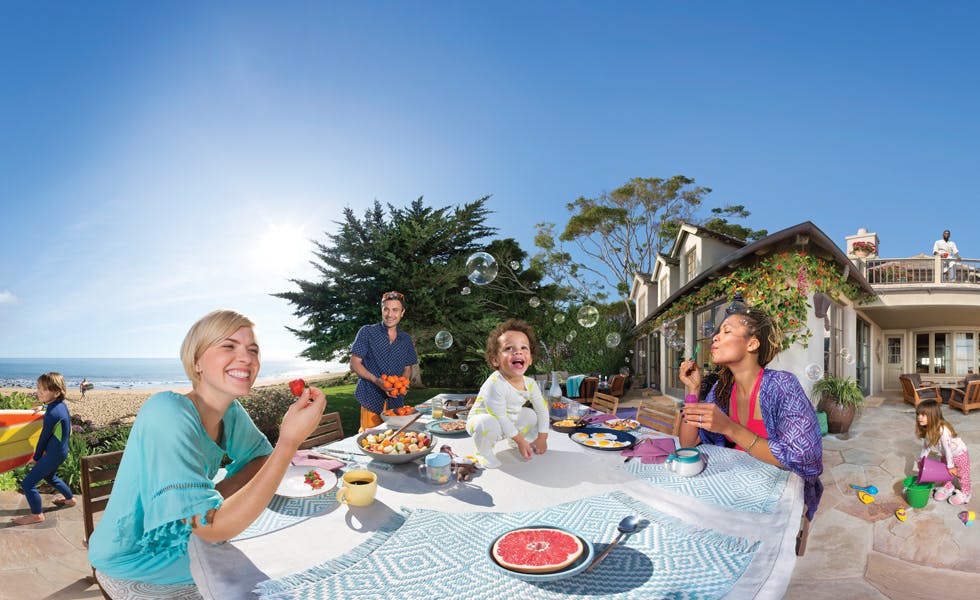 Rebrands and redesigns inevitably attract consumer attention – both good and bad – but the processes behind their execution are usually hidden from public view. We ask brands to reveal what they involve, who’s in control and how to make them work.