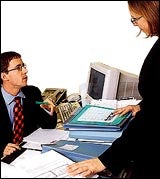 Remember the hoary debate about marketing being too important to be left to the marketing department? We are entering a similar minefield concerning communications with all stakeholders, the only difference being that the debate is even more confused – and potentially sheds more light on what makes modern businesses successful.

Companies generally are at sixes and sevens as to how to organise their communications. Research by Leader Research for the Communications Directors’ Forum shows that while 80 per cent of company board directors believe communications is important to business success (what do the other 20 per cent believe?), only one in three companies appoint a dedicated communications director. Among the rest, half bundle the broader communications role into marketing, while the other half either don’t bother appointing anyone specific, or bundle the job into some other function such as human resources.

The terminology used to describe the overall communications role also varies remarkably. Examples include corporate relations, corporate affairs, public affairs, public relations, marketing, and communications. And as Unilever head of corporate relations Michel Ogrizek pointed out at the Communications Directors’ Forum last week, this plethora of job titles comes with starkly contrasting status and roles: “the singing and dancing girls” versus the guru, power behind the throne versus cipher, spin doctor versus witchdoctor.

Then some wise guy pointed out that these separate disciplines were operating in isolation and often sending out conflicting messages. Some consistency and integration was needed.

Stage two therefore begins with the appointment of a communications director charged with turning this cacophony into a symphony. But he is rarely given line responsibility. Investor relations remains firmly ensconced in the finance department, employee communications embedded within human resources.

The only way this communications supremo can do his job is through “influence”. Result: confusion and frustration. The success of communications strategy depends largely on whether the communications director has the ear of the chief executive.

Phase two tackles this problem by establishing centrally directed communications functions, bringing all communications under the wings of a communications supremo who is either on the board or highly influential at board level, and has the power to bang heads together to make sure that everyone is singing from the same song sheet.

But now, a third stage is brewing. In stage three we begin to realise that “everything communicates” and that corporate actions often speak louder than words.

How, for example, do you communicate your concern for the environment? Through an ad campaign? By sponsoring an environmental good cause? Or through the fine details of your day-to-day operations? Specific communication initiatives are well and good, but in the end, real environmental concern affects corporate action from sourcing to processing to logistics. It involves an overhaul of every policy.

Likewise with internal communications. The most powerful internal messages a company sends are the “doing” messages: who gets recruited, who gets promoted, who gets rewarded for doing what, how managers treat their staff.

During this third stage we begin to recognise that “brand actions” – as EnterpriseIG chief executive Dave Allen calls them – are as or more important to customers, employees and investors than brand words. As European vice president of brand and communications at Unisys Ian Ryder points out, business strategy, Marketing week, customer relationship management and managing the total customer experience are integrated into a single loop – or not integrated at all.

With stage three we come full circle. The over-riding trend of the past decade has been to separate communications from the rest of the business, making it more and more important as a specialist discipline.

But we are realising that managing a business and managing its communications are one and the same thing. If “everything communicates”, everyone within the business communicates too. Of course, there are specialist and specific communications tasks to perform – talking to the media, dealing with investors, sending messages to consumers and customers – but they are elements of a much bigger communications channel: the business itself, what it does and how it does it.

Separate research by David Clutterbuck of the Item group backs this up. There is no correlation between superior business performance and functional communications excellence (in terms of criteria such as planning, effective execution, expertise, and resource), Clutterbuck told the forum. But there is a high correlation between good performance and good communication: where there is clarity of purpose shared by all leaders, where there are effective interfaces (especially face-to-face), where there is widespread information sharing, and where leaders “walk the talk”. In other words, where good communication is how the business operates, rather than a separate function.

That doesn’t mean specialist communication skills aren’t crucial. But it does mean that old boundaries between internal and external, and between policy formulation and policy implementation and expression are blurring.

Corporate brand and reputation building are moving to the heart of business – especially as chief executives realise that a good reputation opens all kinds of doors (to new markets, for example), attracts the best business partners and talent, and protects the business in times of crisis. As Ogrizek said: “Chief executives who don’t understand this lose their jobs.”v