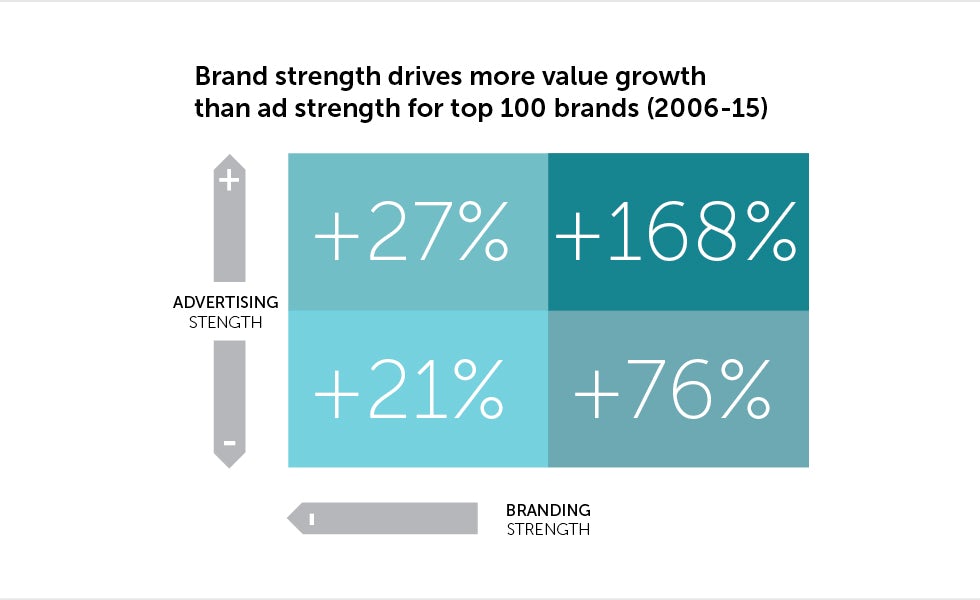 For the 10th anniversary of its annual BrandZ ranking, Millward Brown has quantified the theory that a strong brand proposition teamed with solid advertising will create “massive brand value growth”, according to Walshe. The hypothesis has been tested using data and valuations for 87 brands that have appeared in the top 100 over the past 10 years.

The study finds that businesses perceived as having strong brands with weak advertising still grew their brand value by 76% over the period on average. Conversely, weaker brands with strong advertising increased in value by just 27%.

Where both brand and advertising are considered robust by consumers, the value shoots up 168%, demonstrating that good advertising makes a positive difference – but only to strong brands.

He highlights Pampers, Dove and Audi as brands that have a clear purpose beyond just driving sales, and can “demand additional premium because consumers think it’s worth it”.

Nick Ratcliffe, head of marketing at Audi, believes it is hugely important, particularly for premium brands, to have a distinctive identity. He says Audi’s mantra of ‘Vorsprung durch Technik’, which roughly translates as ‘progress through technology’, encapsulates this mind-set for the business.

“We don’t dwell on our heritage, it’s about thinking that things can always be improved. We know that resonates very well with our target audience who are successful people always looking at how to move forward,” he says.

Over the past two years the car marque has shifted its focus to four key themes: its four-wheel drive system Quattro, to encourage confidence in performance; Audi Sport, which encompasses the sporty RS and R8 models and its motorsport activity, which Ratcliffe says “injects passion and excitement into the brand”; its sustainability platform Ultra, which is designed to increase efficiency while reducing fuel consumption; and innovation through its E-tron plug-in hybrid technology.

“We have a very wide product range which is a challenge so we’ve picked a few major stories rather than spreading ourselves too thin,” he explains. “We have everything from the £15,000 A1 to the £130,000 R8 so it’s important for us to focus on what’s common across the brand. It’s very much about brand first, model second. Somebody buying an A1 needs to know that the car they are buying is just as much an Audi as any other car in the range. There is no dilution of the Audi values or quality in a smaller car.” 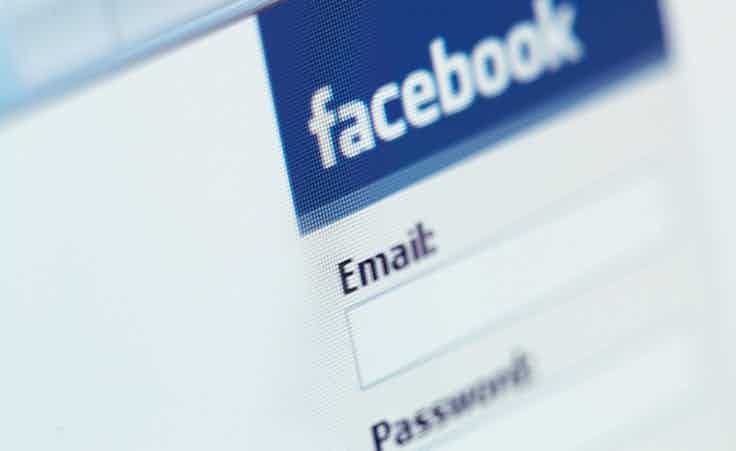 It’s no surprise to see Chinese and tech brands surge up Millward Brown’s ranking of the 100 most valuable global brands, with Facebook virtually doubling its brand value and top-ranked Apple’s growing by two-thirds, yet there are also some surprising star performers.