Brands looking to optimise online advertising spend could find new opportunities by honing in on micro-level purchase data to reach audiences in a wider range of categories.

Data from Skimlinks, which uses machine learning to observe behaviour and create profiles from 1.4 billion users across its publisher network, shows that purchases do not happen in isolation. 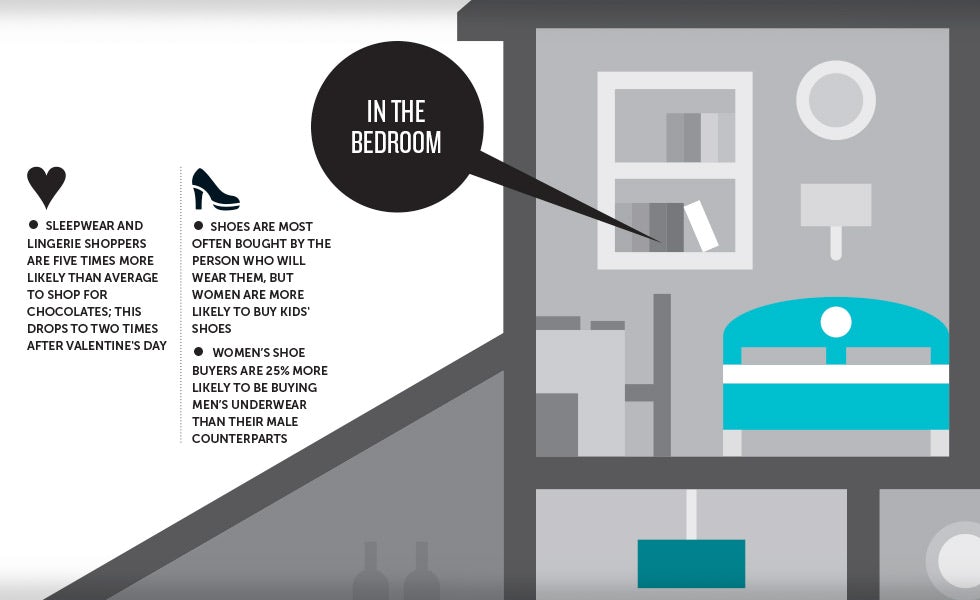 The same pattern is seen when looking at the difference between coffee machines that use pods and those that use ground coffee. Bosch appliance shoppers are significantly more likely than the average appliance buyer to purchase a pod-based machine.

“From a customer’s point of view, [the purchase journey] is seamless,” says Edward Thomas, head of audience at Skimlinks. “They are not necessarily thinking about these [purchases] as discreet decisions, so what [the data shows] is how connected things are. By being a shopper for one product category, you are incredibly likely or equally unlikely to be [a shopper] in another.”

There are some clichés and obvious insights that are borne out at a micro level within the data. People in the market for a motorbike and associated accessories are  10 times more likely to be reading content about divorce, while a consumer that has bought maternity clothing in the past three months is 20 times more likely than the general population to buy a car seat. 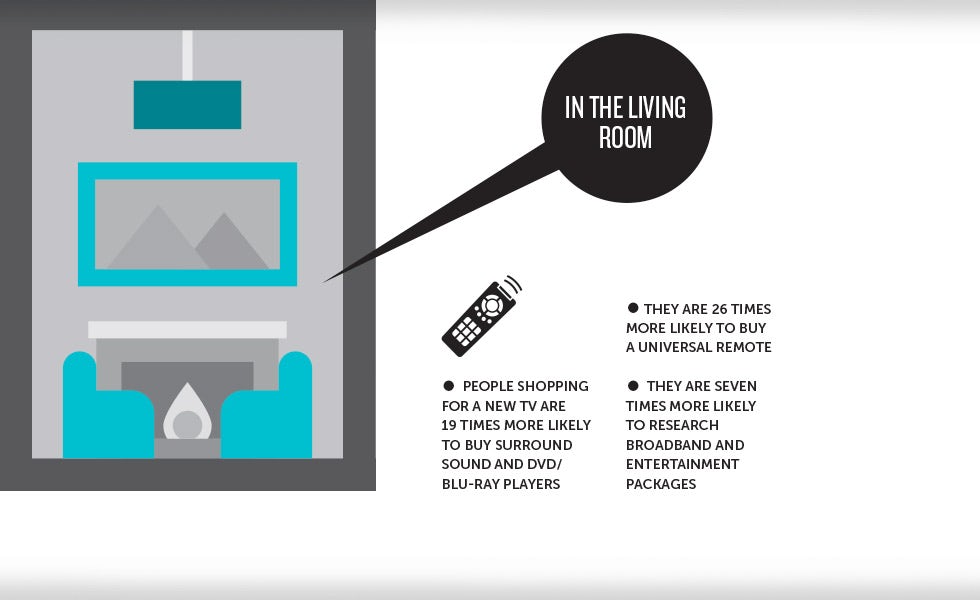 Within homes, the TV is a central focal point but it is also an important purchase moment that triggers re-evaluation of other products.

“Some people believe that [a woman being] the primary shopper in a household is a concept that is slowly declining, but based on the data today this [is still the case],” says Thomas. 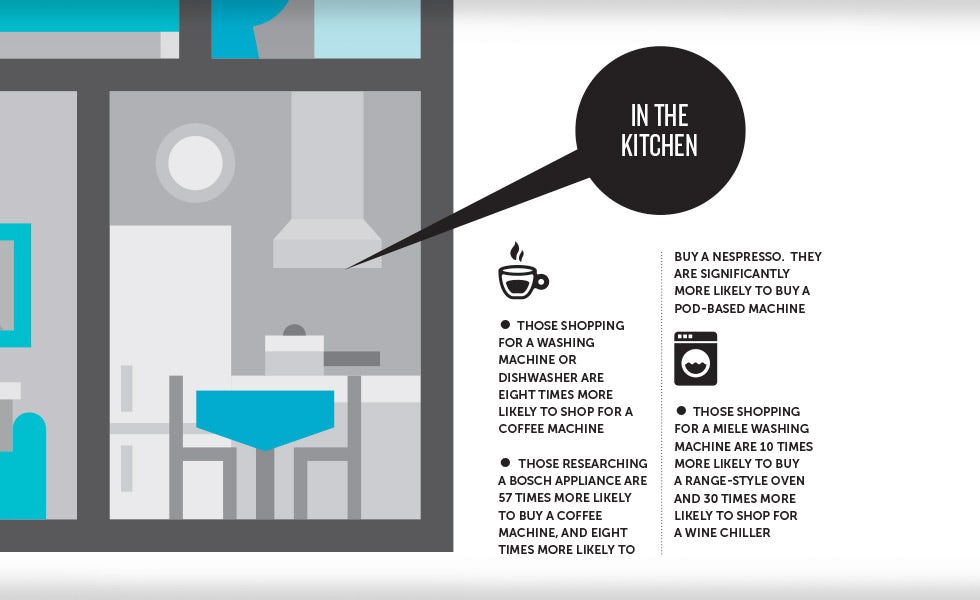 Having a child obviously has an immediate impact on parents’ purchase behaviour but it also has a long-term effect on how they buy. Being in the market for maternity clothing, for example, logically predicts that a shopper will purchase nursery furniture within the next three months – they are 18 times more likely to do so than the average shopper.

In addition, consumers in the market for nursery furniture are 15 times more likely to buy a digital camera within the following six weeks.

Marketers, of course, need to plan ahead but understanding the path consumers tend to follow within certain categories, and how these choices may influence their purchase behaviour in other sectors, can help brands better target their message and budget online to avoid wastage. 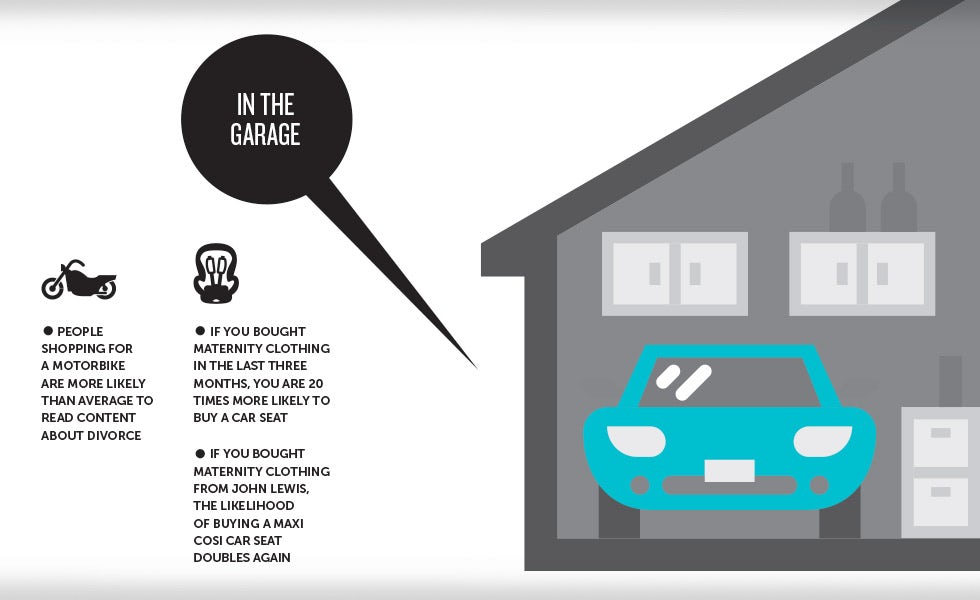 TV advertising revenue hit record levels of £5.27bn in 2015 as digital brands including Facebook, Google and Netflix become the second biggest investors in the medium. 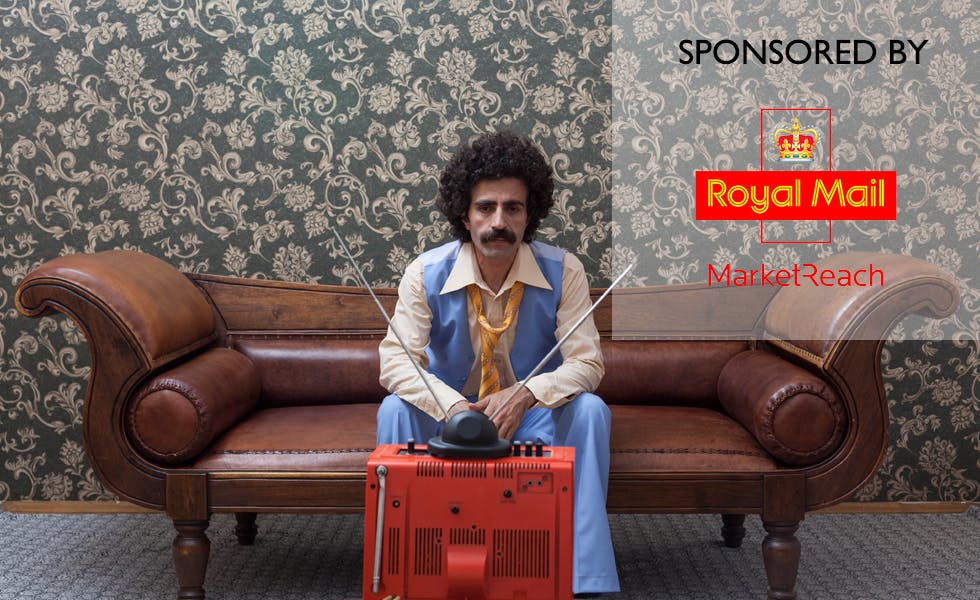 Second guessing what people want from advertising can be dangerous and brands need to go back to basics when considering the most effective routes to boosting loyalty and sales. 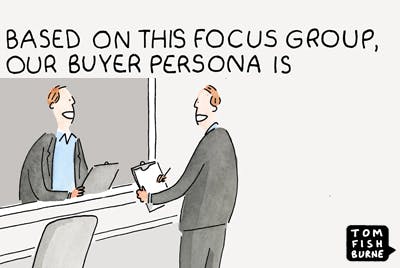