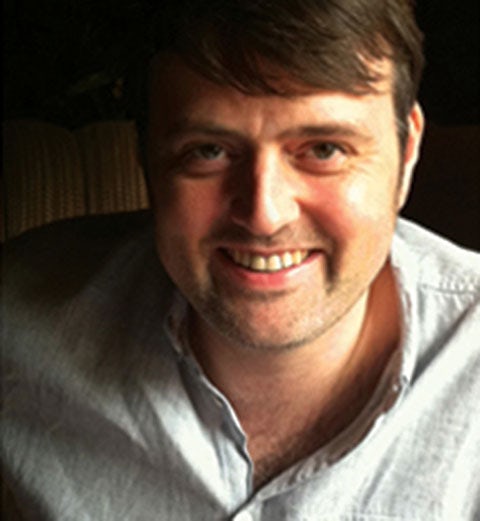 We are often challenged, as part of the design process, to distinguish between what is evolutionary and what is revolutionary in the redesign of a brand.

Our view is that the success of any redesign is to affect a positive change in the perception of the brand by allowing the consumer to see the brand in a different way. But, more often than not, the judgment of evolution versus revolution is made purely at a visual level. A perceived visual revolution nearly always provokes fear that a disconnect will take place in the consumer’s mind that is a step too far for the brand. On the other hand, a visual evolution is often regarded as a great deal of time and financial investment that has little or no impact on the consumer’s behaviour.

When considering the boundaries of change for a brand, we look at the issue from another angle. It is vital to understand the core idea behind the brand. How does it exist in the mind of the consumer? What is it beyond the generic product attributes that allow the brand to exist? What are the thoughts and ideas that we can leverage about the brand that will give it a unique space in the mind of the consumer?

More often than not, these questions will unearth latent associations that are already present in the brand but have somehow become diluted over time. A successful brand redesign, that triggers the kind of positive change in consumer perception that we strive to achieve, taps into this latent positivity and reframes it in a way that can trigger something in the consumer’s own psyche that they already believe about the brand.

This is sometimes achieved through the strengthening of a visual language that already exists but often requires the introduction of a new visual language: a symbol, a typeface, a colour, something new that shortcuts the consumer’s mind to an idea that they already have.

One example of this was the introduction of the oak tree to Country Life butter. There were concerns during the design process that the perceived ‘visual revolution’ would be a step too far for the brand. However, during research, consumers directly referenced the tree as the way they recognised the pack, a smooth transition due to the countryside associations implied in the name.

The new identity successfully tapped into an idea that the consumer already associated with the brand, and because the symbol was introduced at the core of the identity the brand is now more distinctive and unique on the shelf. 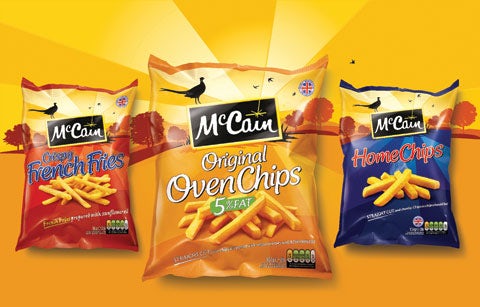 Sometimes the idea does not already exist in the mind and the task is to create a ‘new memory’. Our work with McCain required a more revolutionary visual shift that would break the previous associations of manufacturing and freezing. The task was made more challenging by the parameters of the brief, which did not allow us to change the identity itself. The answer was to allow the consumer to see a new meaning in the identity by reframing the ‘freezer sparkle’ as the sunshine within a natural landscape. The consumer’s perception is shifted to a world of naturalness and warmth. The association of the new visual identity with potato farming allows the consumer to make the leap comfortably. Therefore, a revolutionary visual change that transpired to be an evolutionary shift in terms of the brand idea.

Once again research provided us with the reassurance that the redesign was in fact an evolution rather than a revolution. On seeing the redesigned packaging for the first time, existing consumers found ‘their’ pack with ease. When pressed to explain how they recognised the product that they were looking for, the responses referenced the ‘bird’ and the ‘sunshine’: both were entirely new symbols never before associated with McCain, that successfully triggered an idea about the brand that could be adopted by consumers without friction.

Popcorn is synonymous with the world of film and cinema but Butterkist had never before established the idea at the core of its identity. Inspired by the rich visual territory of film, the new identity combines several newly conceived elements. The Atlas popcorn symbol sits above a chiselled Butterkist logotype against a velvet red spot-lit background that evokes the epic nature of a film production company. A significant reinvention was necessary to shift the visual language of the brand to adopt an idea that seems so inherently linked to the brand. 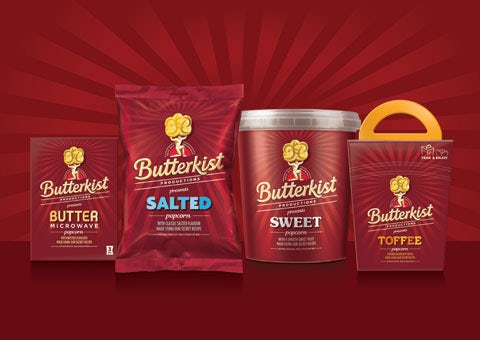 What we have learnt is that you can never underestimate the ability of the consumer to leap to a new space if the ‘revolution’ isappropriate. Of course we must tread this path with care and attention, the gap between appropriate and inappropriate can sometimes bevery narrow.

In some cases the shift needs to happen over time, a continuous development and refinement allows the brand to be distilled to its purest form. 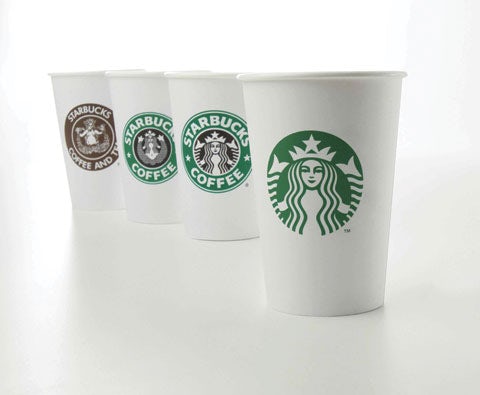 The Starbucks identity redesign is a great example of this process with the new incarnation bravely stripping away the name to establish the mermaid as the sole symbol for the brand. What feels like a revolutionary step immediately feels comfortable: my association with the mermaid is suddenly stronger, whereas my awareness of her previously was clouded. The beauty of it is that the new identity breaks the direct association with the productn. Starbucks can now stand for more than just coffee, unlocking a world of opportunity for the brand in the future.

No, in fact they should fear NOT changing.

The art of changing is doing it in a way that the consumer doesn’t notice. A brand’s propensity for change is usually discovered within itself but this doesn’t necessitate a conservative approach. We must judge carefully when evaluating how evolutionary or revolutionary a brand redesign is and not base this purely on a visual comparison. How we perceive a brand is often different to the way it actually looks. The prerequisite of any redesign is to move the brand to a more distinctive and differentiated territory both visually and viscerally. It is our role to perceive the unique and execute the idea at the heart of the brand. 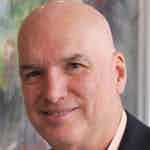 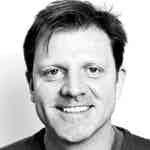 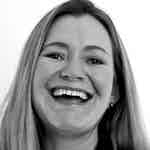