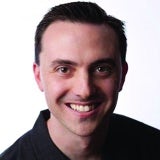 It is clear that companies are still figuring out social media. The research found that although most organisations recognise the potential and importance of social media, they are unsure about the rules of engagement.

This is further complicated by confusion about who in the organisation should be responsible for social media, a reluctance to relinquish control and a perception that they lack relevant content to share with consumers. As a result, many stay away from social media or jump in without fully understanding the impact this can have on their brand.

When we spoke to people around the world about how they used social media and how the presence of brands impacted their behaviour online and feeling about that brand, it became clear that brands need to work hard to earn consumers’ trust. Respondents revealed their dislike of brands and companies that talk at them in social media and their desire for brands to be more relevant, more transparent and to behave more like a friend than a company.

Consumers want a dialogue where brands listen to what they have to say rather than just push their messages out without taking into account what consumers think, feel and want. They dislike gimmicks and want companies to be honest about their products and services, warts and all. Many of the people we interviewed commented on wanting brands to have a ’human face’. Consumers’ biggest fear is that marketers will turn social media from a community into a marketplace.

Separate research from Millward Brown earlier this year, the BrandZ Top 100 Most Valuable Global Brands ranking, supports the need for brands to develop a human face. It highlighted that many of the strongest brands in the world are built by leaders that act as a face for the brand.

There were few global differences in the study, indicating the truly global nature of social media.

Two exceptions were people in India and China. Indians are undergoing a shift in their social networking preferences. People surveyed said that the well-established social network Google’s Orkut was dated, not quick enough to develop innovative features and functionality, and too rooted in the region (and more specifically in the developing world). An aspiration to be seen as a developed rather than a developing nation is driving a move from Orkut to Facebook.

People in China have been quick to embrace social media as a vehicle for self-expression but, frustrated by their inability to access sites like Facebook, feel left out of the global conversation which they see happening on Facebook. This runs counter to the freedom they believe is inherent in social media.