Late last month Endemol released a £1.49 paid-for iOS game to complement the popular BBC TV gameshow Pointless. Almost overnight, and with no above the line advertising support, the app shot to the top of the app store and has remained there ever since.

Anil Mistry, head of product development at Endemol, says the production company did not expect the download figures to be as high as they were so quickly and that the app has reaped the benefits from its position at the top of the app store. While Endemol would not reveal exact download figures, it is understood the Pointless app has achieved about half the amount of downloads it would take to reach the top of the free app charts, boosting its visibility among users browsing for apps.

He added: “This [paid-for] approach comes with risks. Once people have bought the app it’s obvious they will go back and play it but we need to ensure we’re giving them great value for money straight away. In terms of monetising that player further…[the game contains Pointless Pointers lifelines users can use as clues to answer tricky questions] we are thinking as time goes on the number of free Pointers could run out…it will be interesting to see how long we stay up there [at the top of the charts] with the number of downloads we are getting because in the trivia category there are lots of competitors.”

The app was created by Engine agency Jam, which has taken on a unique revenue share model with Endemol rather than just charging an up-front design and build fee. Mistry says the benefit of such an agreement is that the developer stays interested throughout the lifespan of the app, not just ahead of of launch.

Dan Beasley, head of mobile at Jam, says with paid-for apps, both marketers and agencies have to be “in it for the long term”.

He adds: “You [also] have to work extra hard as expectations are incredibly high from anyone that pays any money at all for a branded app. Even though it’s just £1.49, everyone seems to have an opinion on it – we were slightly surprised by people’s expectations; if I get a bad coffee I don’t go back and complain and offer different ways the barrista could improve it, but with an app it’s clearly different.”

Beyond simply being more visible in the app store and generating supplementary revenue from downloads, paid-for apps can also benefit brands by helping to foster closer partnerships with the likes of Apple and Google.

One digital marketer who works at a global publishing house said Apple, for example, gives preference to premium content developers, particularly when it comes to new product launches because such apps help build its global brand identity. That preference could result in valuable exposure when it comes to Apple’s product marketing and priority listings in the app store.

A paid-for app would not work for all brands, however. At the moment, the top 10 paid-for apps are dominated by games (see tables below) and Jon Mew, head of mobile at the Internet Advertising Bureau, thinks it will be difficult for other genres to dominate the sector. He adds that free or ad-funded apps offer fewer barriers to entry to reach a large volume of users, and are therefore more suited to brands.

He adds: “If you’re a P&G or a Unilever your business priority is not about creating engaging content it’s about creating great products…the majority of paid-for apps are gaming apps, how many brands can create games that people will pay for? Only a handful. Brands need to think about engaging with consumers as naturally as possible.

“Gartner predicts fewer than 0.01 per cent of consumer apps will make enough money to be considered a financial success so you will have to have something so unique and engaging – something the majority of brands will struggle to make money from.”

The IAB’s own research found just 18 per cent of people are prepared to pay a small amount of content, instead preferring free access supported by ads. That figure rises to just 27 per cent on tablets.

But as the mobile industry matures to the mass adoption of wearable tech – as demonstrated by the amount of wearables on display at this year’s CES and Mobile World Congress trade shows – Beasley said paid-for ad acceptance could be on the increase.

He adds: “As we get into the world of wearable devices and you have these pieces of tech that give you live stats, there may be opportunities for apps that allow you to see what those stats actually mean and how you can compare. If you look at the likes of GoPro or Nike, they create the physical product but the apps that go alongside them are currently free. It will be interesting to see if brands in that space could start to create add-on tools people could pay for.”

Many brands have not even dipped their toes into the water and created a free branded app yet, but those marketers looking to enter or re-enter the space should not overlook the opportunities to charge for their content. The stakes are high but the opportunities are clear. 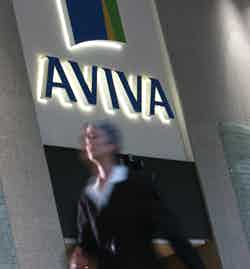 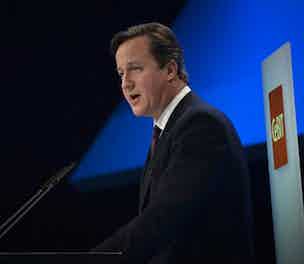 The Government is to double the amount of funding it places into research for the development of “internet of things” technologies as it looks to make the UK and Germany leaders of the “new industrial revolution”. 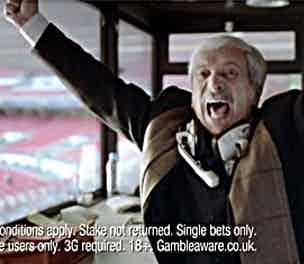 Gambling brands could be subject to a raft of new restrictions on the content and scheduling of their advertising after the Government launched a four-pronged review of advertising codes and their enforcement.