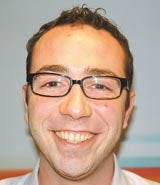 ITV has received many plaudits recently for its strong results, but unfortunately this praise was due to its profit performance and came from City analysts.

Advertisers, however, are far from happy with ITV’s dismal impact delivery and the chronic price inflation that has accompanied its poor performance across the first quarter.

How can ITV slow its audience decline? It could invest record amounts in programming, making good use of the £340m profits, in an attempt to shore up some of the audience migration, or it could lobby Ofcom to increase the amount of minutes it is allowed to transmit ads. More minutes means more commercial impacts, and the price of ITV slots get cheaper and everyone wins, don’t they? Well, everyone apart from the viewers, the most important people in this debate.

I know what happens in our house when the ads start – we go for a quick tour around the channels – Sky Sports News first, then the other sports channels via one or two other favourites before returning just in time to see whether my ad got the position I was promised in the break.

I’m sure the same can be said for most UK households (except the ad positioning). Sometimes viewers will find something more interesting to watch during their ad-break excursion and don’t return to watch the original programme.

Is there anything that broadcasters can do to minimise this “churn rate” to other channels? Just about the worst thing they can do is make their ad breaks longer, giving viewers more chance to be unfaithful. ITV is looking at short-term gain without any real thought for the future. Yes the move will increase impacts, and, yes, in the short term the price of ads will come down a little, but long term it will result in fewer viewers as ITV alienates the very people it needs to attract more of.

So if ITV received an excellent bill of health from the City, why does it feel it needs to ask Ofcom to relax the rules? Can it really be about parity with the multi-channel world or a genuine desire to reward those advertisers which have endured some of the worst year-on-year inflation for some time? Or as the cynics believe, could it all be about getting out of the contract rights renewal (CRR) mechanism and boosting audience share through the back door?

Ofcom faces a tricky job solving this problem – the very system it imposed to protect advertisers from a strong ITV could be circumnavigated by this artificial growth in impacts. Should it accede to ITV’s request and alienate agencies by effectively neutering CRR, or alienate ITV by refusing its request?

ITV has claimed that this isn’t about clutter and that any increase of ad-break minutes would probably go into off-peak viewing times – the inference being that it wouldn’t really matter if the extra minutes weren’t in peak time. Longer breaks and more clutter during all parts of the day is how it looks to me – Sky Plus anyone?v