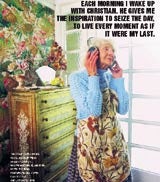 Never one to miss a good public relations opportunity, Sir Richard Branson is planning to launch Virgin-branded radio stations in Australia and Japan, following similar launches in China, Thailand, France and the US. He believes the format will raise awareness of the Virgin brand and help to promote Branson’s mobile and airline services. His move has nothing to do with Virgin Radio in the UK – Virgin sold the station in 1997 and it is now owned by Scottish Media Group.

Branson is not alone in trying to develop a radio brand overseas: GWR, which owns Classic FM, and Guardian Media Group (GMG), which owns Jazz FM, have also looked at overseas expansion opportunities. More UK operators are likely to consider this route, since the Communications Act will probably lead to a reduction in domestic opportunities once the much-anticipated spate of consolidation has settled down. On the whole, however, UK radio owners seem ambivalent about exploring international opportunities.

Some radio insiders claim there is little benefit for UK radio operators in expanding overseas. But one observer says: “If a company didn’t want to be swallowed up, expanding would be a viable way of retaining its independence.”

He adds that the logistics of developing a radio brand outside its domestic market is much more difficult than it would be in other media sectors. “In print or television news, there are consistent brand values. I struggle to see how that could happen in radio. There are issues such as the language barrier to contend with,” he says.

MindShare head of radio Howard Bareham points out that many countries already have similar radio formats to those in the UK, so any move to extend UK brands into these markets would lead to duplication – making it hard to justify the worth of such stations to advertisers.

GWR Group is the only UK radio group to have expanded internationally. It has had interests in Hungary, and Austria, and has developed Classic FM-branded projects in the US, Finland, Holland and South Africa. However, the group has disposed of the majority of its overseas assets partly because they failed to live up to revenue expectations. It still has small interests in Bulgaria, South Africa and Poland.

A GWR spokesman confines himself to saying that the group explored the potential for developing Classic FM abroad, but that it has had more success with internet listening through its website; and other brand extensions such as its television channel, magazine, book publishing business and record label. But GWR’s failure outside the UK has not stopped GMG, which owns Jazz FM and Real Radio, from joining a consortium of stations that is launching a national jazz music station in Holland next spring. GMG chief executive John Myers says the group is looking closely at expansion opportunities in Europe and will consider both acquisitions and partnerships.

Many observers see Jazz FM and Classic FM as the two stations with the best chance of developing into international brands, as they occupy niche markets. One says: “It seems likely that stations playing a specific genre of music will have the best chance of success, but Classic FM did not work in other European countries, so it is not guaranteed. These brands have to start building awareness from scratch.”

Other businesses, such as SMG-owned Virgin Radio, point to their online interests as evidence of expansion. Virgin Radio claims to be the most listened-to station on the internet since its launch in 1996. According to Arbitron, the US radio audience and media research group that monitors internet listening, Virgin attracts 250,000 internet listeners every month, tuning in for more than 1.1 million hours – about two hours a week per listener.

But Virgin Radio Online managing editor James Cridland admits that the online facility provides a bonus service for its existing listeners, rather than cultivating a new overseas audience. “Its something extra for our listeners,” he says.

Capital Radio Group has made some steps towards expanding overseas through its tie-up with Holiday FM, a radio station aimed at holidaymakers. The deal sees Capital provide content, which is flagged up on the station and through the Holiday FM website.

The fact that few advertisers need an international outlet is one of the key reasons why many operators feel apathetic about overseas expansion. However, within the UK, multi-platform digital radio is helping many radio brands develop into national lifestyle brands, rather than being limited by their geographic region. EMAP sells its eight digital stations, including Heat and Q, as national brands; and Capital is now doing the same with Xfm, which has national reach via digital radio but is only available in London on analogue.

With digital radio and multi-platform listening still in their infancy, industry observers believe there are still significant opportunities for UK operators in the domestic market. As a consequence, few feel the time is right to tune into other countries. But consolidation is likely to change the radio landscape dramatically and both the winners and losers may have to broaden their horizons to stay in the game.