The trend was brought into sharp focus today (5 December) when General Motors announced its sponsorship deals with Liverpool FC and Manchester United would not be affected in the wake of its decision to pull the Chevrolet brand from Europe in 2015. Despite the withdrawal, the car marque told Marketing Week there would be a “level of continuation of experiential and digital work” across the region over the next two years, but the volume of it is currently “unclear”.

Chevrolet struck ties to both Premier League clubs last summer in a bid to support a revamped global marketing strategy to build awareness in markets outside of America, particularly Europe and Asia. The automaker’s football-themed activity has struggled to accelerate European sales over the last 12 months. Chevrolet revenue dropped 17 per cent in the 10 months to 31 October, while sales of its Opel and Vauxhall cars declined 3 per cent.

The car brand’s exit from Europe is borne from pure economics but it could inadvertently prove to be a “smart move” in light of its sponsorship strategy, according to industry experts, reflecting a wider shift affecting the sporting landscape.

Gordon Lott, managing director at Havas Sport and Entertainment and former Lloyds marketer, says the car brand’s transition to a more regionally focused presence will allow the brand to amplify future campaigns without the audience wastage.

James Hough, managing director of MediaCom Sport UK, which works with Audi on its Chelsea FC sponsorship, says Chevrolet will be investing in tactical promotions moving forward to make the brand more relevant in the markets it is concentrating on.

He adds: “When you’re doing a global deal with a Premier League club around 60 to 70 per cent of the exposure comes from Asia. Global campaigns are a lot harder to activate. There are numerous examples of clients being told to activate global sponsorships in the UK when actually the market doesn’t fit with what they’re trying to achieve. Commercial deals in and around football are moving in this direction generally because sponsors want to drive loyalty on a focused budget.”

With sponsorship fees around football showing no signs of slowing down, the bigger clubs are producing regional deals to woo more price-conscious potential partners. Manchester Utd said its deals would be more targeted earlier this year in an attempt to carve out fresh rights categories. It is understood clubs including Liverpool FC, Arsenal and Chelsea are exploring similar models. 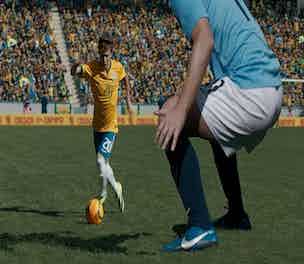 Sponsors are poised to unleash the first phases of their World Cup campaigns following today’s (6 December) announcement of the groups. But advertisers at the IAB Goal event this week warned Brazil’s World Cup will be the most cluttered social conversation ever and offered the marketing equivalent of a match-winning strategy to ensure brands stand out from the crowd.