Coca-Cola launched its new YouTube channel CokeTV last week. The channel, which is a collaboration with various YouTube vloggers in a bid to reflect the passions and interests of young people across the nation, is seeking to build on the success of CokeTV in Germany. Its German equivalent has attracted over 268,000 subscribers and 29 million views since launching in 2014.

Each CokeTV episode will be hosted by British YouTube stars Manny and Dodie, with a focus on themes including gaming, sport, music and live challenges. And Bobby Brittain, marketing director for Coca-Cola Great Britain, claims the channel can quickly become the ‘most engaging platform’ the UK and Ireland has to offer.

“The beauty of CokeTV is it puts the Coca-Cola brand directly into the world of the YouTube generation, reflecting their interests and speaking their language, week after week,” says Brittain.

“It will be the most engaging platform to reach young adults in GB and Ireland, entertaining them with relevant and authentic content, uniquely served in a way only Coca-Cola can.”

On the face of it, CokeTV seems like a sensible venture. Figures provided by Mintel show 71% of 16 to 24-year-olds use YouTube regularly, suggesting that Coca-Cola’s move has true potential to reach the youngest demographics. YouTube also has high engagement levels, with a third of users saying they visit several times a week.

However, over the past 12 months, Coca-Cola has faced tough criticism around the healthiness of its fizzy drinks with a sugar-tax now also a pending reality. In January it rolled out its ‘one brand strategy’ on a global scale – thereby bringing its four product variants under the Coca-Cola master brand instead of being marketed as separate products – in a move geared towards increasing the brand’s transparency around the health agenda.

“CokeTV’s use of influencers is important given young people’s general reluctance to trust branded content on its own merits,” she explains.

“The fact that CokeTV will feature internet celebrities will help Coca-Cola build momentum and expand the reach of its initiative to a considerably wider audience.”

One of Brittain’s biggest boasts is that CokeTV will entertain youngsters with “authentic content”. But this is also where the brand’s venture could potentially go wrong. Many YouTube personalities are known for their low-budget homemade videos, so when Coca-Cola’s professional production team gets thrown into the mix, there is a risk the vloggers’ authenticity and personality get lost.

Nick Liddell, director of consultancy at branding agency The Clearing, warns: “I have no doubt that the Coca-Cola brand can add something to the content they serve up. However, there is a striking difference between the Coca-Cola version of Manny and Dodie and the YouTube content that made them famous in the first place – it becomes much more slick, less spontaneous and with Coca-Cola bottles in view.

“When everything has overt Coca-Cola branding, people won’t feel the same sense of authenticity. The vloggers might as well be dressed up as giant Coca-Cola cans.”

Ultimately, Asad Shaykh, senior planner at content marketing agency Kameleon says the reward far outweighs the risk with CokeTV. He says the move will provide it with deeper connections with its core customers.

He concludes: “It is providing an entertainment hub for a younger generation as opposed to simply pushing it through TV, which is a good thing as they might not have grown up with iconic TV advertising. It is giving them something different while allowing Coca-Cola to reach whole new audiences.” 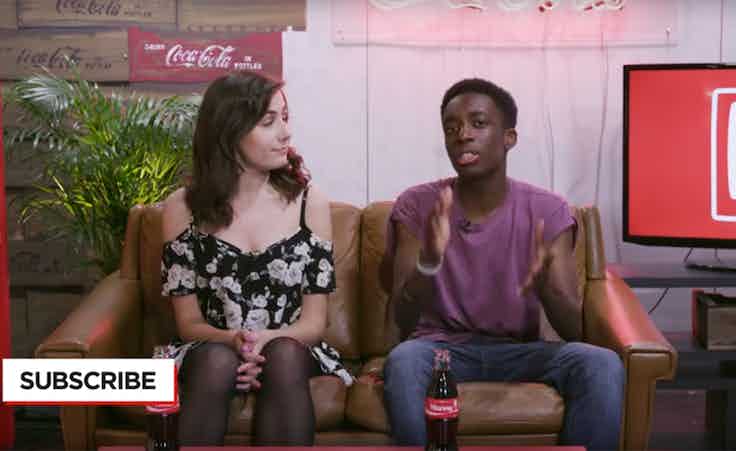 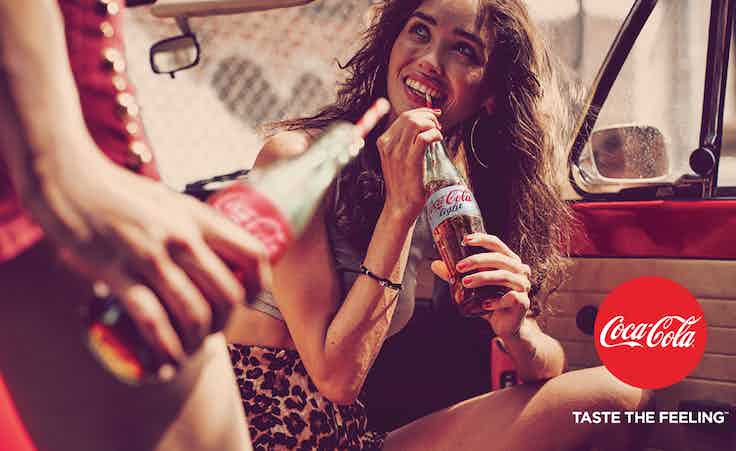 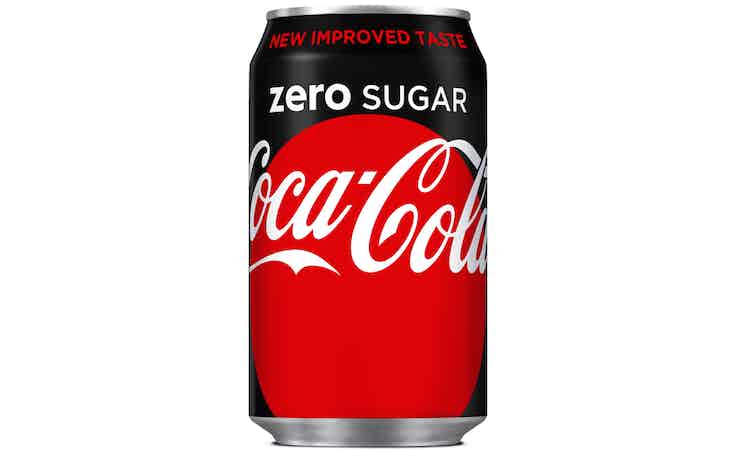