We suddenly seem obsessed with the different marketing strategies being applied by the three major political parties. The Lib Dems have gone guerrilla. Labour is relying on user-generated content. And the Tories are using traditional, above-the-line media.

It’s all very odd because, when you step back from all the rhetoric and look hard at the big parties, it’s clear that by any decent marketing standard, all three are hopelessly inept. Just because there is a ton of money, acres of media coverage and huge national importance associated with the upcoming election does not necessarily mean that the marketing strategies involved are actually any good.

Take the three brands on offer to the electorate, for example. Are they really differentiated in any meaningful way? If you jotted down all the major policy differences between the three parties, what would you write?

Compare that to our world of marketing. A decent marketer will always distinguish their brand from the other major competitors. It’s basic stuff. You may not love Tesco, Waitrose or Marks & Spencer – but you know what they stand for and how they differ from each other.

This apparent lack of differentiation is made worse by another weakness of political marketing: these parties never actually deliver on anything. Any well-managed brand turns positioning into action on a daily basis. The idea of paying for a piss on a Ryanair flight may strike you as unfair, for example, but this “toilet tax” is exactly in line with Michael O’Leary’s positioning of Ryanair as “the low fares airline” that charges for every additional service to keep ticket costs down.

Compare that consistency of delivery with the current Labour government, which was elected in 1997 on a manifesto that promised to lower inflation, reduce unemployment, safeguard the environment and clean up politics.

Thirteen years later, the result is a horrendous record of inconsistency and contradiction that any decent brand manager would be thoroughly ashamed of. Yet this is the record that Gordon Brown is using to justify another four years.

Don’t get me wrong, I’m not going all Tory on you. David Cameron’s mob would have been equally indistinct and contradictory by now after 13 years in charge. And the other bloke with the Spanish wife too.

Perhaps it’s hardly surprising that the political alternatives being offered to us are so generic and unreliable when you consider the weak competitive forces within politics. The same three parties have been competing against each other for over a century. Name me a single consumer market where that is true.

In the 13 yearssince Labour came to power, for example, the social media industry has witnessed repeated change: SixDegrees was supplanted by Friendster, which lost out to Bebo, which was beaten by MySpace, which is now losing out to Facebook.

Any well-managed brand turns positioning into action on a daily basis.

Competition creates consumer orientation, which in turn makes marketers work harder to ensure their products deliver more. A century of the same old brands bereft of new competition explains why our political parties are so lacklustre and why their marketing strategies are so poor.

If you want evidence of that, look at Phillip Gould – the man widely touted as the greatest political marketer of his generation. What is the reason for Gould’s storied reputation around Westminster? Er, he ran a few focus groups and fed the results back to Downing Street. Not exactly rocket science, but for politicians used to waging spin rather than engaging in real marketing, it was deemed revolutionary.

The crappy state of modern political marketing is also a result of the inefficient nature of the British political system. While supermarkets battle weekly for the affections and loyalty of their target consumers, political parties need only to win once every four years to take absolute control of the country and run it with zero consumer orientation for the rest of that period.

There are numerous beverage alternatives available to you when you visit a Starbucks. But when it comes to who rules your country and what they do while they are in charge, you are restricted to three options and one purchase decision every four years. Democracy is a poor man’s marketing.

The reason why British voters are apathetic about the upcoming election is not because of the recession or post-modern cynicism, it’s because they are disappointed with the goods on offer. As consumers they have got used to genuine choice, branded differentiation and consumer focus. So this year I am voting Tesco, Ryanair, Starbucks or Facebook. Stuff the election. 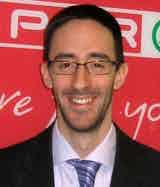 Adam Margolin, head of marketing support, Spar UK discusses how the spread of the multiples into convenience retail ups the need for more marketing and the competitive nature of the sector.

Gordon Brown has praised the Conservative Party’s attacks on him in its recent poster campaign for showing him with a smiling face for a change.

I would like to expand on the point made by Rachel Sprong of TMW where she stated that successful partnerships using celebrities as “brand ambassadors” occur when the celebrity has a genuine interest and enthusiasm in the brand (“Finding the perfect match”, MW 1 April). The opposite to this can be potentially very damaging indeed.