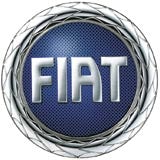 Fiat, once the jewel in Italy’s industrial crown, has stumbled from one crisis to another in recent years. The controversy over the company’s latest ad campaign could not have come at a worse time as the group’s iconic automotive division struggles for survival.

A series of television and press ads, which appeared in Italy, have provoked outrage in Germany because of their apparent Nazi connotations. The ads suggested that every time an Italian buys a foreign-made car the Germans, Japanese and French say “Danke!”, “Arigato!”, or “Merci!”.

However, the “Danke!” version upset people in Germany because of the use of gothic typeface, black and red letters, and yellow background, all of which are associated with the Nazis.

The ads were created by WPP Group agency Ted Bates in Italy, which said the gothic theme was “very descriptive of Germany” and that the ads were “certainly done in good faith”. But the furore will cause further embarrassment for a brand that is clinging to past glories by an increasingly thin thread.

Turin-based Fiat is a vast industrial conglomerate that has interests in everything from farming equipment and department stores to newspapers and football. But the company has always been most famous for its cars, and in its heyday its Fiat, Alfa Romeo and Lancia marques made up 80 per cent of the cars bought in Italy.

Yet Fiat’s market share at home has fallen to a low of 27 per cent, while in the UK sales to the end of April were down 52 per cent on the same period last year, according to the Society of Motor Manufacturers and Traders.

Chris Wood, chairman of branding agency Corporate Edge, believes Fiat has a weak and unfocused brand. “Whether you ask a member of the public or a marketer, I think they would find it very difficult to tell you what the Fiat brand is about,” he says.

Fiat had an operating loss of E800m (£550m) last year and the company has suffered from a lack of investment. Yet Professor Garel Rhys, director of the Institute of Automotive Industry Research, thinks the formation of the single market, which sent a gradual stream of imports into Italy, was the start of Fiat’s problems.

“People found that the quality Fiat had been offering was nowhere near as good as what was coming from Germany and Japan. They were loyal to Fiat and now they feel betrayed because they thought they were getting good products when they weren’t,” he says.

Professor Rhys believes Fiat’s product line is “acceptable”, but says the problem is getting people back into the showrooms. Former Toyota marketer Mike Moran thinks the Fiat brand has “no allure whatsoever, appalling marketing and a shambolic dealer network”.

He says: “You could say that it’s another Rover in the making, but the difference would be that the Italian government would bail the company out.”

Earlier this year, General Motors paid Fiat $2bn (£1.1bn) to extract itself from an agreement struck back in 2000 under which the US giant could have been forced to buy Fiat’s car division.

Ironically, in the light of this ill-fated deal, another problem for Fiat has been its failure to build an international alliance in the way that Renault and Nissan and Daimler and Chrysler have done.

However, it is the Fiat brand, rather than the product, that appears to need the most urgent attention. The myopic culture that exists at the company means wholesale changes could be a long way off.

“It’s a company ruled by fear,” says an advertising source who used to work on Fiat’s creative account. “It’s tightly and centrally controlled with a divisive culture.

“Fiat looks at the rest of the world with a northern Italian arrogance and it’s hard for the executives to accept that their cars aren’t as successful as they used to be.”

– Fiat, established by Giovanni Agnelli in 1899, is an acronym for Fabbrica Italiana Automobili Torino

– In the 1980s and early 1990s, it was vying to be the number one car manufacturer in Europe with a market share of about 15 per cent

– Today, Fiat’s European market share has fallen to about seven per cent across its entire portfolio and to about four per cent for the Fiat marque itself

– Herbert Demel, chief executive of the automotive division, paid the price earlier this year when Marchionne fired him and took control of the company

– Marchionne wants Fiat Auto to break even by next year