Although still seen as a US-focused celebration in some quarters, the numbers suggest Halloween is now more than established on this side of the Atlantic as well.

In 2013, the estimated UK retail value for Halloween stood at £230m. However, in the space of just four years, this has grown by 35%, with retail sales hitting £310m in 2016, according to Mintel. It predicts sales to grow another 3.2% this year, hitting £320m, with retailers such as John Lewis already crediting a rise in sales to Halloween buzz.

There are also a growing number of campaigns to promote the event. Asda has gone big this year, running a TV campaign that looks more like an attempt at brand positioning than a DR campaign for Halloween. Aldi also has a TV spot about The Addams Family-style ‘Aldi family’, while others are running more product-focused activity.

Interestingly, Mintel claims Halloween is largely an impulse-buying occasion, with almost a third (29%) of Brits buying on a whim in 2016 as close to half (46%) of the population spent money on Halloween products. And it’s older millennials (aged between 27 and 36) who are most likely to spend big, with 30% of this group likely to make impulse buys on Halloween.

There is, of course, also a resonance with children looking to go trick or treating. According to research by Channel Mum, which polled 1,006 UK mothers, 84% of families plan to celebrate Halloween, with 94% planning on buying outfits (compared to 82% last year).

However, according to Sascha Cordes, a senior brand manager at Budweiser UK, millennials and adults are what’s primarily driving UK growth. He advises marketers to look beyond just targeting kids this Halloween.

“The fact we’ve seen such strong sales growth for beer on Halloween proves it isn’t just an occasion for kids,” he tells Marketing Week. “People of all ages want to have a unique experience and adults will spend big on great experiences. This isn’t just a US trend anymore either – we’re now activating major campaigns in China and all across Europe.”

This year, led by its ‘King of Fears’ branding, a play on the ‘King of Beers’ strapline, Budweiser will be offering a UK promotion on 12-packs of beer, which will see consumers receive five free Halloween masks. It is also investing heavily in experiential with a fancy dress pop-up shop at Old Street Tube station and a travelling ‘Nightmare Circus’ through cities including Birmingham and Manchester.

“This isn’t a one-time thing but a long-term focus,” adds Cordes. “Brand affinity is key for us. Moving forward, we want Budweiser to be the brand that’s associated with Halloween parties.”

Rosalind Brown, marketing manager at Coca-Cola GB, is leading the Fanta brand’s Halloween efforts this year. In what marks its biggest ever investment in Halloween, Fanta has released limited-edition bottles and cans with a spooky makeover. These cans also carry QR codes, which give access to exclusive Halloween-themed Snapchat filters and lenses – with the promotion running until 30 November.

“Halloween is now one of the biggest retail occasions aside from Christmas,” she says. “It is a growing sector and we know this is largely driven by millennials. Retailers have to react quickly as you can’t afford to stand still.”

Those that can leverage Halloween may well be in a stronger position during the key Christmas trading period.

In September 2017, 28% of consumers said they were worse off than they were a year ago, up from 20% who said the same in October 2016, according to Mintel. Subsequently, Mintel analyst Samantha Dover believes consumers may begin to cut back on discretionary seasonal spending in the fourth quarter.

However, Dover says if retail brands can still manage to win amid this more cautious spending environment then they will have the perfect preparation heading into the crucial Christmas trading period.

She concludes: “When consumers have a pleasant shopping experience, it undoubtedly sticks in their mind. Therefore, those that can leverage Halloween may well be in a stronger position during the key Christmas trading period.

“Many of the initiatives that retailers have adopted for Halloween would transition well for Christmas, with in-store events a strong way to boost footfall, while online content can be used to inspire shoppers and drive sales.” 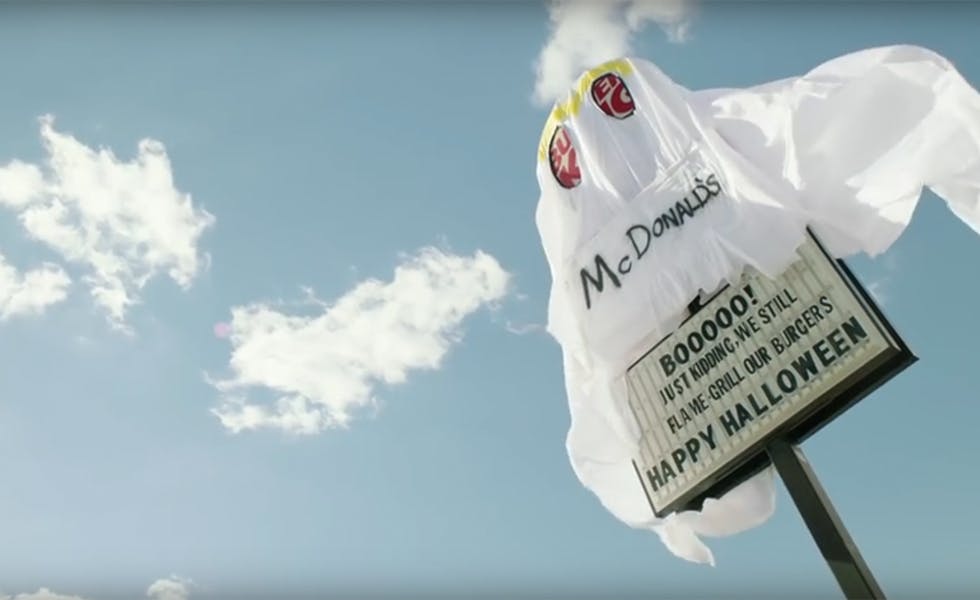 With Halloween retail spending set to reach £472m this year, brands are getting into the spooky spirit.