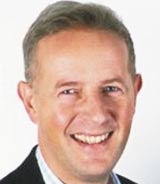 Now that the initial shock of the Carlton/ Granada merger decision with only “behavioural remedies” has subsided, it is time to assess the implications for TV advertisers.

The formation of ITV plc is not the terrible news for advertisers and their agencies that many commentators would have us believe. Yes, ITV plc will control just over 50 per cent of commercial airtime, putting it in a very strong position. And some pundits claim that this power, with only the contract rights renewal (CRR) remedy and the adjudicator as protection, means that advertisers and agencies are in for a rough ride when negotiations start after the November 7 deadline.

But look closer at the ruling’s detail and apply a dose of market knowledge and what emerges is a more positive picture for advertisers.

Consider the introduction of the CRR remedy and adjudicator as a change of referee and officials at half-time in a football match. The opposing players of each team view the new officials with a mixture of trepidation, bemusement and antipathy. But they get used to them and if they’re clever, try to influence them, take dives and exploit their “blind side”.

Advertisers should be asking their agencies to act like this, making the best of the new playing field and exploiting inevitable loopholes.

For instance, the CRR remedy allows agencies to roll over deals for the next three years on at least as favourable terms as those achieved in 2003. This offers unusual negotiation advantages for buyers: they can try to negotiate better prices from ITV for a reduced share commitment knowing that they can force ITV to revert to last year’s deal if necessary. In addition, the rules mean that ITV cannot walk away from a deal, as was the case before.

The devil in the detail of most TV deals is in the heads of the agency and sales people involved. But many of the sales people will lose their jobs as a result of the merger, leaving this knowledge with the buyers only. This is another chance to exploit the new environment to the benefit of advertisers.

Agencies also need to be shrewd when merging an advertiser’s separate deals with Carlton and Granada. If an agency’s two deals target different markets (ABC1 adults and ABC1 men, for instance), the agency may have the whip hand in keeping the deals separate for pricing advantages. It may then be able to gain further price reductions or other benefits when ITV plc asks to unify the two deals.

One real danger to advertisers is the risk of conditional selling. While agencies have the option of “conditional buying”, they must insist that ITV keeps its digital channels such as ITV2 out of deals. ITV must mean ITV1. It is possible that the CRR remedy will force into the open dubious “conditional” sales deals done this year.

On such occasions agencies can turn to the adjudicator for help, which must give the benefit of the doubt to the agency in such cases.