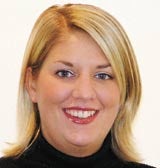 When The Face magazine announced its closure last week after 24 years of publishing, it saddened the industry – this wasn’t just another magazine closure, but the end of an era. The magazine that defined cool and launched the “style mag” sector was no more.

The Face had been far more than merely a magazine; it was an iconic brand of the Eighties. EMAP Consumer Media’s decision to retain the brand and not sell the title confirms this and shows its respect for the title.

However, EMAP is a profit-making organisation, and once the magazine’s circulation began declining, questions had to be asked about its future. The remaining style mags, such as Sleaze and Flux, are owned by independent publishers, therefore they are interested not only in profits, but in retaining their core niche market, which understands the humour and the fashion of their target markets.

Since EMAP bought The Face in 1999 its circulation has been in continuous decline. When it first launched in 1980 it was one of a kind and revolutionary – now, 24 years on, there are numerous other magazines which have a much wider appeal.

In its prime The Face had featured celebrities such as David Beckham on the cover. However, the growth of celebrity magazines and the phenomenon of reality television helped contribute to The Face’s decline and ultimately its closure.

Another notable failure in this market was Trash, again supported by a large scale publisher – Condé Nast and the Ministry of Sound. The Ministry of Sound, once a small underground club, is an illustration of how success can lead to over-exposure. It launched its own-brand clothing range as well as other brand extensions, and thus lost its appeal – leading to its demise.

So, perhaps, credit must go to EMAP for closing The Face with dignity. EMAP’s actions have ensured that The Face will always be remembered as the original style bible.

So, what is the future for the other style magazines? I believe that there will always be a niche market for them – independently owned, their focus is not pushing profits but delivering style to the reader.

Readers see these magazines as their style bibles and fashion brands such as Miss Sixty and Diesel see them as an influential publication in which to advertise. Other advertisers include alcoholic brands that want an association with “cool”.

These magazines have a London and urban focus and clubs and bars advertise in them knowing they will be targeting exactly the fashionable sector that they want to attract to their venues.

But by their very nature circulations for such titles will tend to be low. As advertisers we should not be pushing growth, as it will only dilute the reader appeal of these unique magazines.