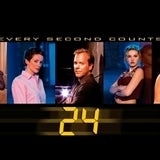 Marketers may fear their lack of control over social networking sites, but old media foxes intend to target, and derive value from, such valuable audiences

I feigned knowledge of the said sub-genre and within seconds she had fished out a CD for me to listen to and tell her what I thought. My ignorance of the industrial trance pop scene aside, I really got interested when, after offering me the CD, she said: “Or you could check out our MySpace page.”

My “old” media world of pop music had intersected with my newer world of all things digital media, and I asked if it was important to have a MySpace address on the CD for an up-and-coming artist. “It’s a great way to get people to come and see the band and pass the word round to their friends on MySpace,” she said. “We’ve been able to promote ourselves and get gigs without the need for professional promoters.”

Sure enough, the MySpace page featured pictures, profiles and songs that could be streamed online alongside information about the band’s upcoming gigs. Running through the site, it is easy to see how social networking sites like MySpace are evolving into a lot more than mere pages for young girls and boys to post mobile phone camera shots of themselves.

When Rupert Murdoch’s News Corporation paid $580m (&£309m) for the youth site last year, many media analysts were trying to figure out how the traditional media owner intended to derive value out of a service which, while immensely popular with youths, could as easily be this season’s cool thing.

But the thing about the new online consumer media properties, which have earned the moniker Web 2.0, is that they allow the (mostly young) consumer to have as much responsibility as the big media owner for creating these sites’ “stickiness factor” with the users’ own postings of funny videos, interesting photos and opinionated blogs for example.

The figures from Nielsen/NetRatings for April showed that, collectively, the top ten social networking sites grew by 47% year-on-year with an unduplicated unique audience of 68.8 million, reaching 45% of active web users.

MySpace is number one, having seen a whopping 367% increase in audience during the period. It is seen by US media analysts as being right at the sweet-spot of the shift in the way young Americans expect to consume media in the future in a participatory, rather than passive, fashion.

News Corp knows about this shift not just from its experience online, but also from its Fox Network’s hugely successful fifth season of American Idol, which drives huge numbers of viewers and telly voters several nights a week – even as we enter the final stages. In fact, the predicted integration of Fox Network’s franchises within the MySpaceâ¦ well, space, has happened quicker than most predicted. Last week it announced it was rolling out hit TV show 24 for $1.99 (&£1.05) per episode.

President of Fox Interactive Media Ross Levinsohn – who is Murdoch’s go-to man on the internet – has been in charge of making the interactive business acquisitions. He is a great fan of the new kinds of consumer interest that participatory Web 2.0 plays such as video viral site youtube.tv, photo share site Flickr (bought last year by Yahoo!) or social bookmarking service Del.icio.us (also bought by Yahoo! late last year). He says the only thing to worry about is how to make money from them – and that’s the big question – and the answer is still the traditional one of marketing and advertising.

When you look at the number of MySpace users – 77 million registered with 230,000 joining every month are some of the latest figures being touted – it is hardly surprising that there is a lot of interest in this sector.

Media giant Viacom, home to MTV Networks and Nickelodeon, is believed to have shown an interest in MySpace when it went up for sale, but denies having made a formal bid. Viacom chief executive Tom Freston has publicly said his company is interested in social networking and is believed to be weighing up whether making acquisitions or developing its own sites is the way to go.

This might be what prompted the stories in the last fortnight of Viacom being a potential bidder for Facebook for as much as $2bn (&£1.07 bn). Facebook is another youth-targeted social networking site, but you have to be a registered US college student to be able to use the site.

And that seems to be the latest trend in the rapid evolution of social networking, even as the venture capital companies and media giants hover with intent – to build on the success of general youth sites such as MySpace and Friendster and target a narrower but arguably more valuable audience.

This is the thinking behind the launch of Sisterwoman.com, a social networking site targeting women over the age of 21. The founders believe that while social networking has been fantastic for developing a platform where consumers can create, share and consume media, most of the attention has been paid to the youth sites. They say women on a site where the topics are more Oprah-esque or Martha Stewart-ish are also more likely to be the financial decision-makers in the home and therefore more responsive to marketers’ messages.

Co-founder Allie Savarino, an online advertising veteran, says the days when marketers broadcast at their audience and didn’t provide an avenue for a two-way dialogue are over. “Our audience will happily give recommendations to each other and will tell marketers when they get it right or wrong.”

One of the big fears marketers face with social networking is the lack of control over that dialogue. Particularly, when you’re advertising on a youth site where rebellion is cool.

But it doesn’t seem to have stopped mainstream advertisers from getting on board. MySpace has signed up names including Honda Motors, Wendy’s and Cingular Wireless. Marketers seem to be following the eyeballs.

Of course – as a New York Times article asked last month – how long will MySpace remain cool anyhow? The article highlighted a couple of sites and blogs that have popped up attacking MySpace and its members’ desperate desire to be cool on sites such as www.worstofmyspace.com.

News Corp and MySpace claim they’re not overly concerned by the “cool” question. As Levinsohn said at a recent investor conference: “I’m not worried that I’m going to wake up one morning and all my users will have gone somewhere else.” And it might be because they’re looking at the long term. Already there is talk of content created by users on MySpace being fed back into mainstream TV shows within the News Corp family of broadcasters or outside the corporation.