You might have noticed a congregation of excited teenagers at the end of your street battling for control of their local Pokémon Gym. In fact, such is the global phenomenon of Pokémon Go, you have probably already joined them.

Despite the mobile game being available only for a couple of weeks in the US and a few days in the UK it already has around 21 million daily active users in the States, surpassing Candy Crush’s peak audience of 20 million users.

“Forget augmented reality, we have not seen anything succeed on this scale before, period,” says Ambarish Mitra, CEO of augmented reality developer Blippar. “In the history of the internet and consumer tech, nothing has had an adoption of more than 100 million global users in six days. The last record was Candy Crush – that took one year and three months to reach the same level.”

Augmented reality has been widely adopted by sectors such as the car industry, with the likes of Ford and Audi allowing users to preview cars with AR apps, and retail, with House of Fraser using AR tech to let consumers scan shoppable windows. Pokémon Go, however, has finally made it an everyday thing.

“Everybody said AR couldn’t be a success unless VR headsets or Google Glass took off, but Nintendo and Niantic have disproved that theory by making the most out of the 5 billion people who own a mobile phone with a camera,” adds Mitra.

“They said AR wasn’t going to fully take off until five or 10 years time, well, this has shown they were very wrong.”

So how does it all work? Pokémon Go uses Google Maps to integrate the real world within its virtual universe. Users take the role of a Pokémon trainer catching Pokémon monsters by exploring the real world, with specific in-game rewards available only if a user walks up to 10km. Pokestops, which provide crucial in-game items, are also positioned throughout the real-world at landmarks and local businesses such as pubs and restaurants.

Smart business owners have already bought the in-game ‘Lure’ item – which attracts Pokémon to a specific location for 30 minutes for all users of the game and works out at a cost of £1.58 an hour – and are using it in a bid to tempt consumers through their doors. In-game purchases are big business, with Euromonitor International projecting the global mobile in-game purchases market to grow 20% to reach $29.8bn (£22.5bn) in 2016.

Blippar, which provides the software for brands to create AR experiences, says applications for its API suite have grown threefold, as people wake up to Pokémon Go buzz.

Mitra claims the game, which currently generates revenue by allowing businesses to take up Pokestops, made more than $50m (£37.8m) in the first week following its release in the US. This figure, he says, could rise even more should developer Niantic figure out a more scalable marketing model.

At present, Nianatic is selling ‘sponsored locations’ to advertisers. A cost-per-visit model is also being discussed, with higher ad rates based around the rare Pokémon packages businesses buy into.

Mitra adds: “This will certainly drive footfall to businesses and there is also room for the in-game points to be exchanged for real-world rewards. Push notifications and couponing have been hugely hyped but both have generally failed with AR. But if you integrate these into the game behaviour of Pokémon Go, the possibilities for marketers are endless.”

Netbooster’s head of UK operations Jens Nielsen is backing Pokémon Go to quickly become a key channel for marketers. In his opinion, it solves one of marketing’s biggest conundrums.

“With almost two-thirds of Pokémon Go players in the 18 to 24 ‘millennial’ market, brands should embrace the opportunity this presents to target a market that typically tends to reject direct advertising.”

It will also solve the negative perception around traditional display advertising, according to Andy Pringle, head of performance media at Performics UK, part of Publicis Media.

“Traditional display advertising in mobile gaming has always struggled against a perception that ads disrupt the user experience,” he says.

“Branding, commonly within sports or role play games, adds value to the experience, but its return can be hard to measure. The opportunity here is fascinating, with brands playing an active role in the game itself. The clearest paid media opportunity is that Pokémon Go will actively encourage users to engage in ‘ads’, through driving them into store, or owned location, to have an interaction with the brand in return for an in game reward.”

Pokémon’s original creator Nintendo’s share value has increased more than 50% since the launch of Pokémon Go. However, it isn’t the only beneficiary of the game’s success.

Video games industry veteran Ian Hetherington built the PlayStation business in Europe and has been responsible for investing in iconic games such as Grand Theft Auto (GTA) and Lemmings. He believes Google’s role cannot be underestimated.

“Google is a major shareholder in Niantic and Niantic is a spinout from Google Maps,” says Hetherington. “So Pokémon Go will have the Google advertising model and that means it can scale revenues very quickly, as it’s so established among marketers. Nintendo will see this very much as a gaming phenomenon but Google will see it as a marketing phenomenon.

He adds: “If you are Coca-Cola and want to drive drinkers to Hyde Park for an event or to enhance engagement, you now have a mechanic to do so and it is a very understood one.”

But Blippar’s Mitra has warned against brands banking too much on Pokémon Go as an advertising platform. He says the game could lose its authenticity if it goes too big on ad dollars.

“Players aren’t going onto Pokémon Go because they want to receive messages from Burger King, they are on it because they want to catch a Charizard. Any marketing model will have to be subtle. If advertising becomes the primary motive, then it will be the end of the game straight away.”

Should brands create their own AR experiences?

Antonin Lhuillier, managing director of North Europe for mobile gaming developer Gameloft, believes the success of Pokémon Go will stop many brands from creating their own AR experiences and instead look to partner with bigger games.

“Historically, brands would release native gaming apps of their own in an attempt to gamify their brand. What we see more of today is brands working with apps that already have massive audiences, integrating their brand in a natural way,” he explains. “This might be through sponsoring in-game tournaments, or providing bonus levels and content.”

Hetherington, who is also the CEO and founder of a 3D mapping company eeGeo, which provides a Pokémon Go experience for some of the world’s premium brands, expects the game to have many copycats too.

“The smartphone ecosystem, whether it is social gaming or anything else, is so massive and accessible that you would be crazy not to try to create some sort of commercial entity using AR off the back of Pokémon Go,” he adds.

However, the universe of Pokémon Go will quickly be replaced by a more advanced one, he believes, where games such as GTA can take place across high streets anywhere in the world and users can actually touch their surroundings.

He concludes: “Pokémon Go is still a very basic video game. It uses Google Maps at its most stripped down level. But imagine if the world you walked around in was fully 3D, if you could use a VR headset to walk around South Kensington with a friend who lived in Tokyo. What we’re seeing with Pokémon Go is just week one into the next five to 10 years.”

Since the launch of Audi’s first AR application in 2011, the appetite of consumers for engaging and fun experiences has been clear to see. 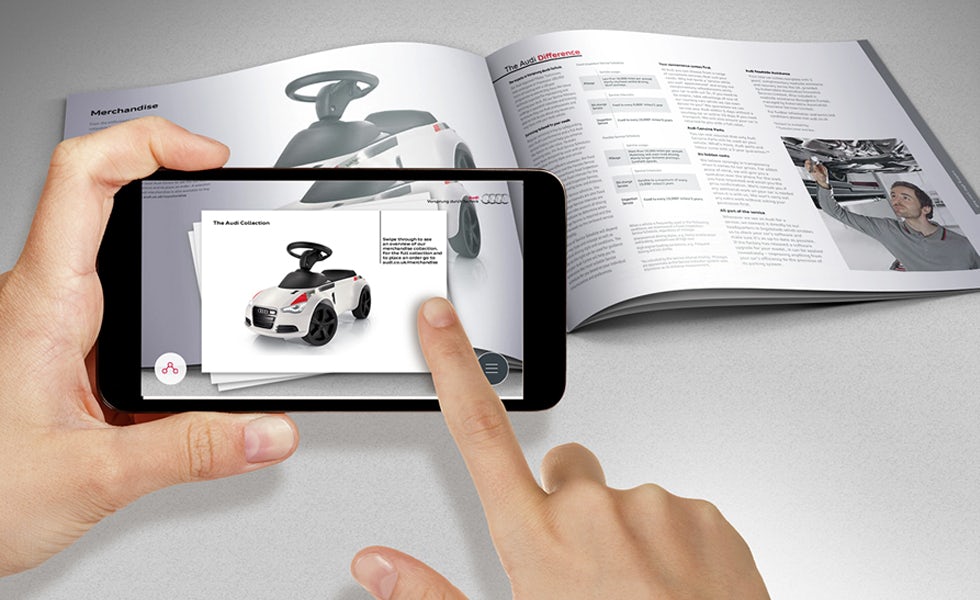 The success of AR apps like Pokémon Go and Snapchat validates our continued investment in progressive technologies to engage and entertain customers, with applications such as Audi Vision unlocking extra content for our brochures, direct mail and outdoor campaigns either at home, on-the-go or in our retailers.

There is certainly an opportunity for brands to create partnerships with gaming platforms such as Pokémon Go to drive footfall in the retail space or generate rewards, but for Audi we would ensure we stay true to our brand messaging and offer users true benefit by sticking to the adage of either saving time (informative) or passing time (entertaining).  Audi will continue to lead the development and iteration of new technologies to ensure that our customers and fans can engage with Audi where they want and how they want. 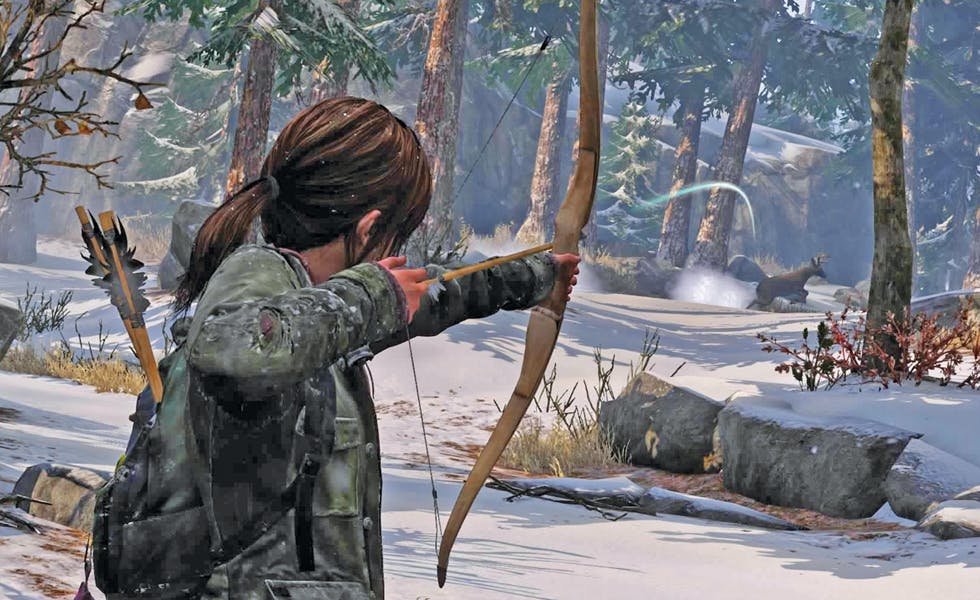 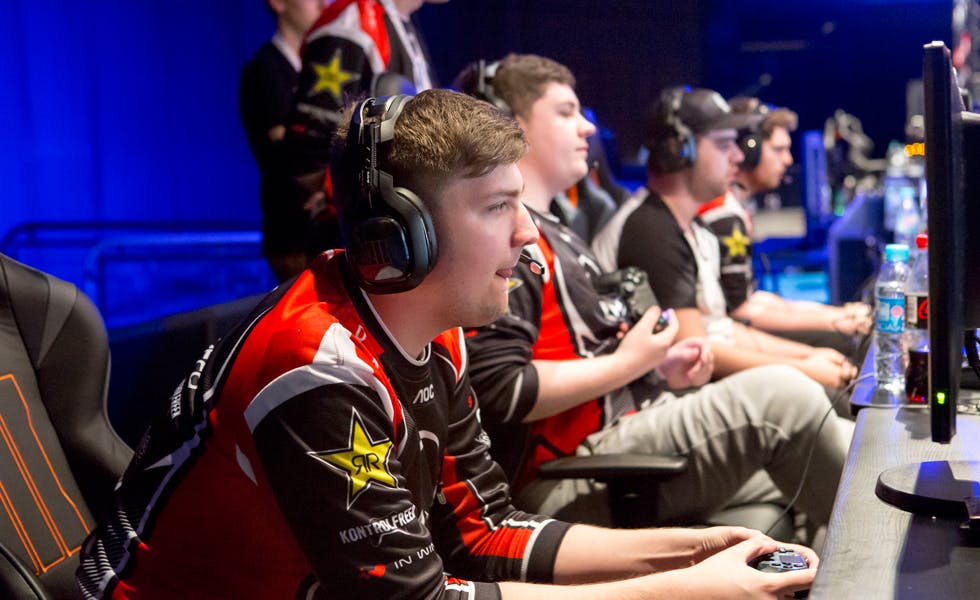 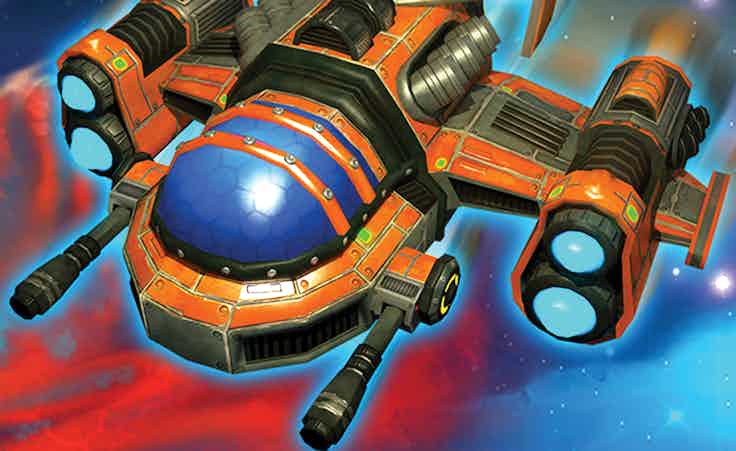