Predictive services will be key

The future of consumer engagement will see brands moving on from clunky personalisation algorithms in favour of one-on-one connections, according to Meabh Quoirin, managing director at The Future Foundation.

“Consumers often feel like they’re at the end of an ever-defining algorithm, but want and expect things to become more tailored to them in future,” she explained.

According to Quoirin, one company already doing this is beauty brand Clinique. It entered the world of highly personalised recommendations by launching an app.

“As customers provide more of their own details, the brand tailors its suggestions and provides a live chat with a Clinique consultant if they want advice. On average, users open the app five times a week, which is a great success.”

She went one step further and said that more brands will have to become “predictive concierges”, which will see companies forecasting which problems customers might want solving in future.

“Consumers want to keep control at all costs. They expect brands to anticipate what problems might come up in future, to give them control about what they should do now,” she commented.

One brand on a mission to align itself with this mission is Atom Bank, which will be launched later this year by Anthony Thompson. The brand’s vision is to become the world’s first ‘telepathic bank’.

“Our job should be to look at big data and predictive technology to know what consumers needs are going to be in future before they do.”

“While other banks give you last month’s bank statement, we’ll give you next month’s statement. While it won’t be completely precise, the more we learn about the customer the more we can predict about their future financial needs.”

Start from the inside out and realign your team

A successful business doesn’t miraculously appear – it needs a strong and productive team underpinning it. According to Sky’s chief executive Jeremy Darroch, brands need to get their internal culture right to thrive.

“Brands need to find out how they can habitualise behaviour. A culture that strives for marginal improvements creates an environment where people feel they can get better. Once you habitualise and change the small things, then you can tackle the bigger issues,” he explained.

Sir David Brailsford, formerly performance director at British Cycling and currently general manager of Team Sky, added that while he has coached various great teams, they were often far from harmonious. Dealing with disagreements becomes easier if teams have a common goal to work towards. 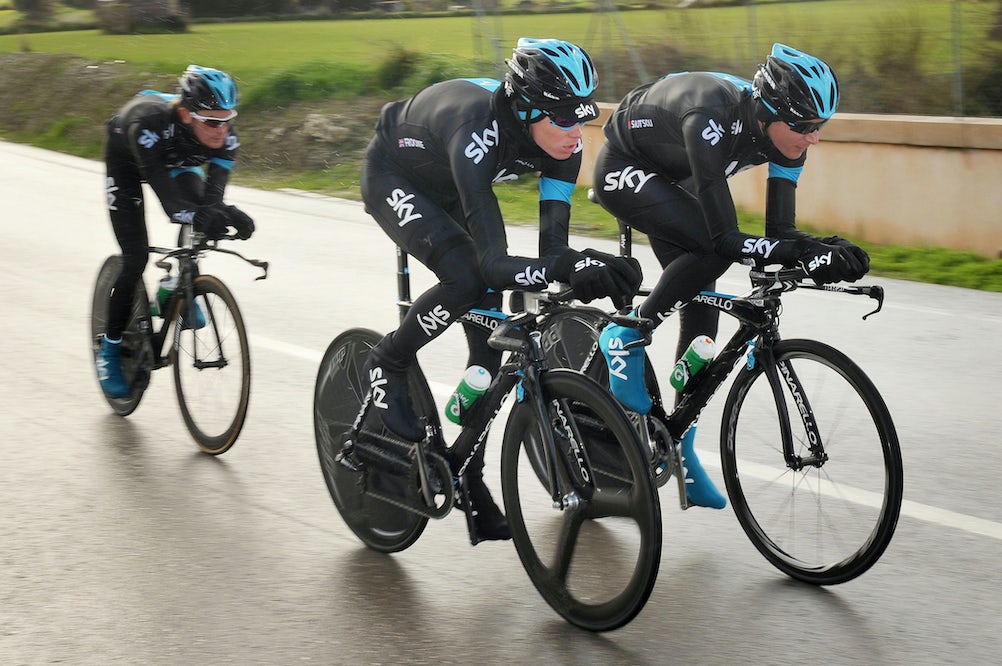 “While I appreciate that in sport it is easier as the outcome is very clear, it’s important for brands to not focus on team harmony but on goal harmony. People ultimately need to be aligned to the same goal,” he said.

Within any team, individual growth should also be encouraged. But brands should remain realistic.

“Growth and improvement starts with the individual. I believe people are responsible for their own growth. When you have a group of people that needs to think the same way, everyone should take some time out to reflect on their personal goals.

“It’s important for brands to keep track of what’s going on – what happened last year won’t happen this year, and what worked last year might not work this time around,” he said.

Get out of your comfort zone

Too many companies are run by accountants, with marketers playing a minor role. This needs to change, said Martin Glenn, CEO at the Football Association (FA).

“We are not simply in the business of creating great communications and imagery. We are there to make a business more successful, which is why we have to be at the heart of it,” he said.

Be he added a word of warning: “Be prepared to show the board your plans and strategy, otherwise marketing will only be seen as waffle. Make sure you can back it up.”

For marketers to develop their leadership skills, they should reset their objectives and try their hand at something completely different. He cited Jill McDonald, who recently became CEO at Halfords, as a prime example of how marketers can climb the career ladder if they take risks.

“She sought out roles that placed her out of her comfort zone and took her into other areas of a business. She said that when she made job switches, she knew it would build her skill set but scare her to death. And it paid off,” he said.

Marketing can also play an important role in reforming old fashioned organisations. He was brought into the FA eight months ago to achieve just that.

“The FA had to open up and become a more effective organisation. Eight months in, I’ve never been surer about what great things marketing can deliver to an organisation.

“When you boil it down, it’s to bring the outside world in a sometimes unwilling business to make it grow it in a sustainable way,” he concluded.

The Marketing Society, the 50-year-old institution of senior and board-level marketers, has launched a Digital Network in an attempt to help blue-chip companies develop their digital marketing strategies. The move has been viewed as a significant step towards digital media achieving its long-desired place at the top table of marketing decision making. The Digital Network […]