The phrase ‘Black Friday’ meant little in the UK five years ago but today it is enough to conjure images of bargain hunters fighting in supermarket aisles over the last 52-inch flat-screen TV.

The phenomenon began in America as a day of discount shopping on the last Friday in November, the day after the Thanksgiving national holiday. The idea came over to the UK in 2010 and British consumers now also expect retailers to offer similar deals.

Experian and IMRG predict transactions will reach £1.07bn on this year’s Black Friday, which falls on 27 November. Many retailers were caught out last year by stock issues, crowd control and websites crashing due to high demand.

For retailers, it is a day in the promotional calendar they cannot ignore, despite its knock-on effect on traditional pre- and post-Christmas sales, but are many of them wishing they had not created this monster?

Gary Booker, CMO at Dixons Retail, admits that Black Friday negatively affects purchases in the subsequent weeks: “It takes sales out of what would have been key early weeks in December. The unknown this year will be to what extent it will take some sales out of the second and third weeks of November as more customers are inclined to wait.”

Research on the effect of Black Friday by online retailing specialist Summit, provided exclusively to Marketing Week, shows that in 2014 the promotional event lasted from Wednesday 26 November to Monday 1 December, also known as ‘Cyber Monday’ for its supposed focus on online deals. There was an average 47% uplift in conversion rates and a peak of 72% for the retailers Summit works with.

The research also shows that Black Friday may have replaced other deal periods since Boxing Day sales attract less interest, with conversions on 26 and 27 December reduced by 12.5% in 2014 compared to 2013 and 2012. People also search for Black Friday discounts earlier, with the spike in interest moving from the week of the sale in 2012 to two weeks prior in 2014.

“Black Friday has changed the shape of the Christmas trading calendar for retailers. Customers factor it into their shopping schedule and plan accordingly,” says Mark Lewis, retail director at John Lewis.

He adds: “Last year confirmed this new shape of trade for Christmas at John Lewis, with an early peak at the end of November driven by Black Friday. It was the biggest week for sales in our 150-year history. Our online site JohnLewis.com experienced a 300% increase in traffic during the early hours of trading on Black Friday itself.”

For all retailers the run-up to Christmas is a key sales period. As people buy earlier, it is having a knock-on effect on promotional plans for early December, as well as Boxing Day and the traditional January sales. “There is a definite element of uncertainty and unpredictability but it’s here to stay,” says Dixons’ Booker. “Other retailers are commenting about whether it’s a good or bad thing but it’s what customers want and expect.”

A Black Friday backlash can be seen in the US, however, against retailers that have opened their doors and begun their promotions on Thanksgiving Thursday in recent years. In response, outdoor apparel retailer REI is cancelling Black Friday this year. It has devised a campaign using the hashtag #OptOutdoor, announcing it will close its stores and pay its 12,000 staff not to work on that day.

“Black Friday has got out of hand and so we are choosing to invest in helping people get outside with loved ones this holiday season, instead of spending it in the aisles,” said CEO Jerry Skritzke in a press release.

Yet planning for Black Friday is key for many retailers, particularly in predicting consumer interest in product ranges, which many retailers got wrong last year.

John Lewis is anticipating sales will be around 20% higher than last year’s event and is ensuring it is prepared operationally. Lewis says: “Our efforts will be focused on delivering online and maintaining customer service. We have carefully planned for this year’s Black Friday to ensure orders can be fulfilled without compromising on the level of customer service and seamless delivery.”

This includes additional staff across its 45 shops and accounting for the increased demand at its main distribution centre, bringing on extra staff and co-ordinating shift patterns to cover peak times.

However, a poll of 200 senior retailers released last month by data software company Tableau shows that nearly 24% of UK retailers are not using data effectively to optimise sales for Black Friday.

Smaller businesses are less likely to say Black Friday 2014 was a success and are also unlikely to use data analytics. Those using analytics to drive business decisions are three times more optimistic about a successful Black Friday than those who do not use any.

At a roundtable event hosted by software provider Tableau last month, retail analyst Mike Dennis, managing director of consumer research at investment bank Cantor Fitzgerald, warned that data use does not only affect a retailer’s front end store or site. He says: “Data needs to be understood by everyone, all the way down the operation because they will all be affected by consumers’ reaction.”

Kieran Healey-Ryder, head of customer relationship marketing at online sports retailer Wiggle, says it becomes more difficult for businesses to forecast stock the later in the season people buy. More consumers today “trust the internet to allow them to shop later”, he adds, but Black Friday can be helpful in allowing retailers to shift buying stock forward as it comes early in the run-up to Christmas.

Although Wiggle will participate in Black Friday promotions, it will also ensure it has a proposition throughout Christmas for people who do not buy on that day, says Healey-Ryder.

Dixons Carphone, meanwhile, has put its business through tests to ensure robustness on the day, after the chaos of previous years. Booker says it is stocking more of all products and has the depth of stock so that deals are open to as many customers as possible. This includes offering same-day and next-day click-and-collect options so “there is not all that craziness” of previous years.

As the consumer appetite for Black Friday increases, retailers will also want to use analytics this year to confirm whether the day actually works for their sector. Summit’s research shows toy buying peaks in the last week of November, but kitchen electricals, bikes and outdoor equipment show stronger sales in the first week of December and jewellery in the second week.

Booker says: “One of the questions that remains is how much Black Friday has an electrical and technology bias. It does over-index and we need to be prepared.”

The success of Google AdWords when it was launched 15 years ago was its simple premise of connecting consumers with content from advertisers that was exactly what they were looking for but Google is keen to move beyond this last click model to show brands how different devices play a role in a customers’ decision to purchase. 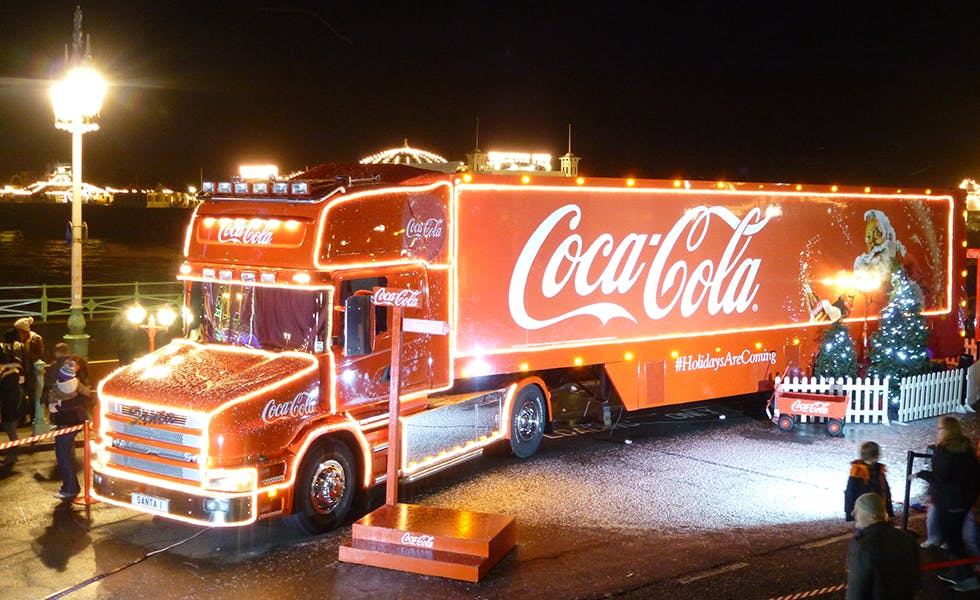 To mark the 20th anniversary of the ‘Holidays are Coming’ ad, Coca-Cola is relaunching its Christmas truck tour, offering customers the chance to snap a selfie in front of the vehicle as it mixes social media with experiential.