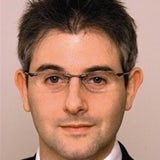 Engine Group, the umbrella group for agencies such as WCRS and digital shop Meme, has spread its wings further by buying a majority stake in search engine marketing firm Eyefall (MW last week).

There has been plenty of recent speculation within the online industry about search marketing agencies being bought and acquisition activity now appears to be increasing, with both traditional agency groups and private equity houses getting involved.

Search marketing has been the fastest growing element of online marketing in recent years, and is expected to be worth over &£1bn in the UK this year. That figure covers two different disciplines. Search engine optimisation is used to make sure a company appears high up natural listings. Meanwhile, pay-per-click advertising sees companies competing in an auction system to appear further up sponsored listings.

Google is the dominant search engine in the UK and as it gets involved in more areas, including television, radio and print advertising, knowing how its systems work is likely to become increasingly important, even for agencies that have until now shunned the internet.

But the number of possible targets for agency groups is limited. There are some 20 search companies with a turnover of more than &£1m, while just three break past the &£10m mark: The Search Works, Latitude and Diffiniti.

Most of the agencies are independent and many have had approaches from potential buyers over the past year.

Deal Group Media, one of the few stock market-listed companies in the sector, has been in talks since February, which could herald a takeover. Expectations were raised in recent weeks that a deal could be close as its share price went shooting up, but the company insists that no deal is certain. There has also been speculation about Latitude and Bigmouthmedia being bought, again without conclusion so far.

“There’s been a lot of hot air and not much action. That’s bound to change,” says Nick Hynes, chief executive of The Search Works, the largest company in the market. “We’re obviously a target and we have had discussions.”

Sizing up the potential

Warren Cowan, chief executive of Greenlight, says his company has also had lots of approaches. However, he points out that the relatively small size of many agencies is a problem. “A lot of larger players are waiting for consolidation in the space so they can pick up a larger company,” he says.

Mike Teasdale, partner at Harvest Digital, says there is also a financial incentive for firms to merge. Google, Yahoo! and MSN all offer stepped commission structures that reward those who spend the most. If agencies can combine their spending they will gain larger commissions.

Many agencies are owned by their entrepreneurial founders and focus on their own growth ahead of any sale. This leaves the field open to private equity firms to act as consolidators. In June, the Carlyle Group took a stake in German company Global Media, with the aim of doing just that. “Private equity has had a sniff at everything that’s been on the market,” says Hynes.

The financial details of most of the deals so far have been kept under wraps. Among the few that have been revealed was the purchase of Web Diversity in May. Think Partnership paid about $2m (&£1.1m) in cash and shares, with another $2m depending on future performance.

Other deals that were in the offing last year broke down over disagreements on valuation, with potential buyers put off by what they saw as inflated price tags. While sellers are seeking anything up to 30 times their annual profit, buyers are looking for a deal closer to ten times profits. That gap needs to be bridged, but as buyers such as Engine become more desperate to acquire skills and sellers come to terms with more realistic valuations, the market should see a flurry of deals.